Fox News' Shep Smith: Robin Williams was "such a coward" 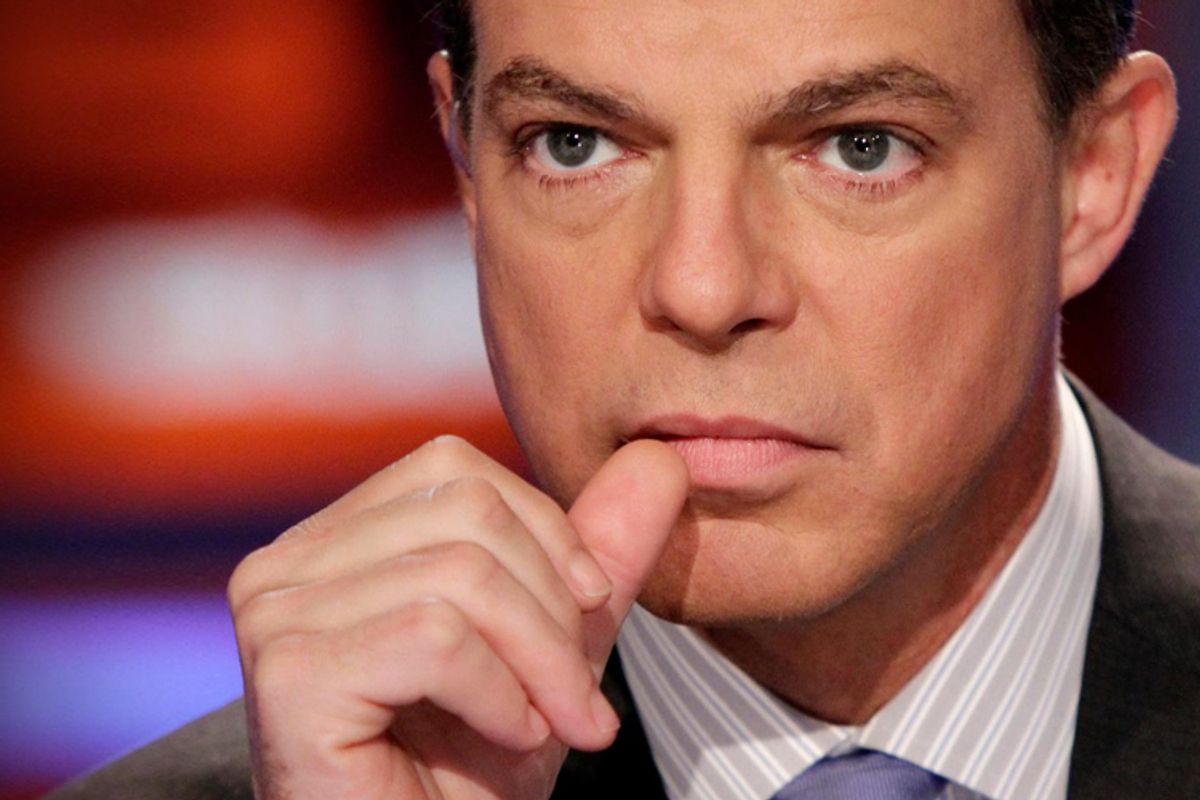 UPDATE: Smith has apologized for his remark, telling Mediaite he is horrified to think he may have added further pain to Williams' family. "To the core of my being," Smith said, "I regret it."

ORIGINAL POST: It's early yet, but we may already have a winner for the worst response to the death of Robin Williams from a public figure.

Fox News anchor Shep Smith, step right up and take a bow; you're the front-runner for being terrible.

After delivering a fine and heartfelt special report on Williams, Smith started talking about how the actor and comedian was also a father of three. He recounted a story Williams once told about how, when she was a young child, his daughter, Zelda, asked him to read stories to her in his "normal" voice.

He then started wondering aloud why someone would kill himself, as Williams allegedly did. And this is where things got ugly.

"It’s hard to imagine, isn’t it?" Smith said. “You could love three little things so much, watch them grow, they’re in their mid-20s, and they’re inspiring you, and exciting you, and they fill you up with the kind of joy you could never have known."

"And yet," Smith continued, "something inside you is so horrible — or you’re such a coward, or whatever the reason — that you decide that you have to end it. Robin Williams, at 63, did that today."

While it's not surprising (though still disappointing) to see someone criticize Williams for reaching such an anguished emotional state that death seemed to him the only way out, one would think folks could keep these sentiments to themselves — especially in the immediate aftermath of the tragic revelation.