Not a parody: Vacuum tubes can send salmon flying over hydroelectric dams 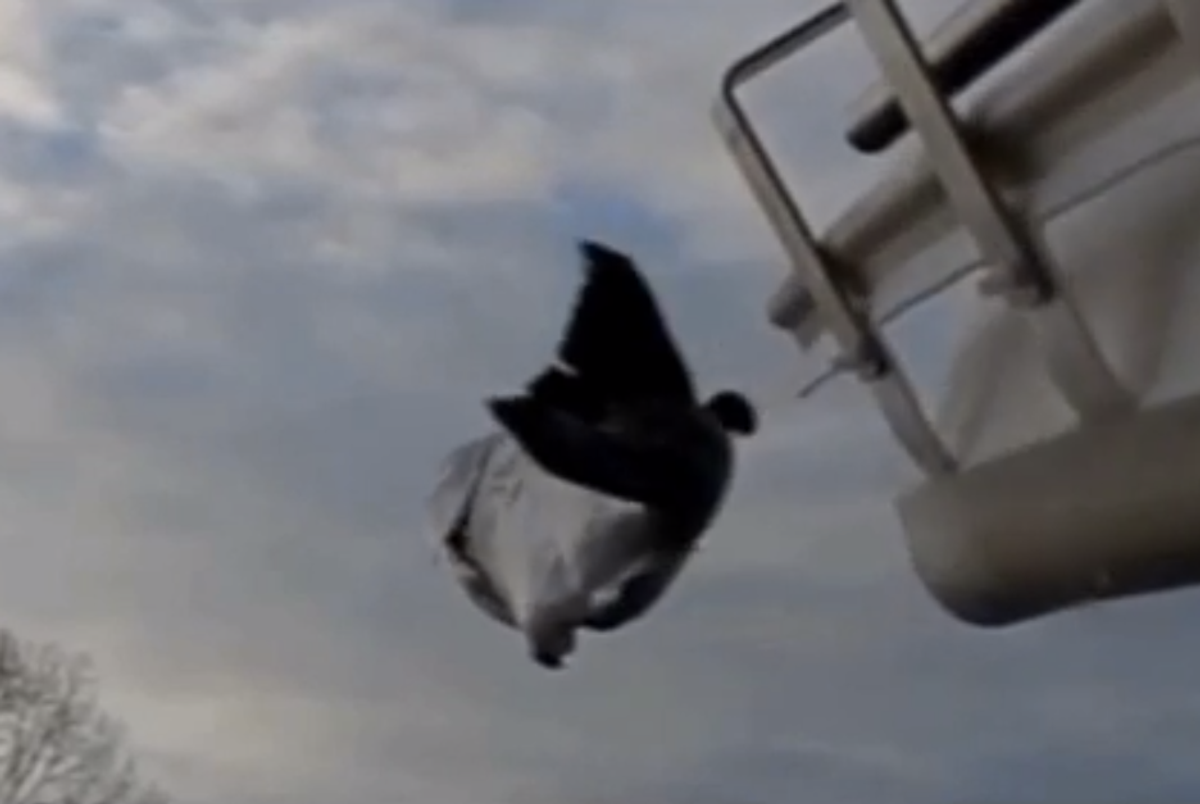 Salmon are distinguished among lesser fish for their ability to swim upstream, but not even they can swim over the hydroelectric dams blocking Washington state's Columbia River. What's a fish to do? Swim into a cannon, perhaps, which will launch it over the dam and allow it to get on with its migration.

This is not a parody. It's not even just a crazy Internet idea. It's a real-life solution currently undergoing testing in Washington with the cooperation of the Department of Energy and the Washington Department of Fish and Wildlife. The vacuum tube technology was originally designed for fruit, but according to biologists at the Yakama Nation Fisheries, it appears to be safe for fish (researchers are continuing to study the long-term effects).

The Verge interviewed Todd Deligan, V.P. of Whooshh Innovations, the company behind the absurdly brilliant idea. He explained how it works:

The test in June showed that fish will voluntarily enter the tube. When they swim into the entrance, the vacuum sucks them in and gives them initial boost; after that, elevated pressure behind the fish keeps them moving at about 15 to 22 miles per hour till they go flying out the other end. The speed, Deligan says, can be adjusted. Mist is applied to keep the fish wet as they zoom along. Currently the tubes are being hand-loaded, but Deligan says the test at the Roza site showed that "the fish just swim right in."

"We have to take it at its face value," Deligan says. "Try it, put a fish in, watch it go, laugh. But then really contemplate where this could go."

In the meantime, watch the fish go. It's remarkable: