There is a new danger to smoking e-cigarettes: they might explode 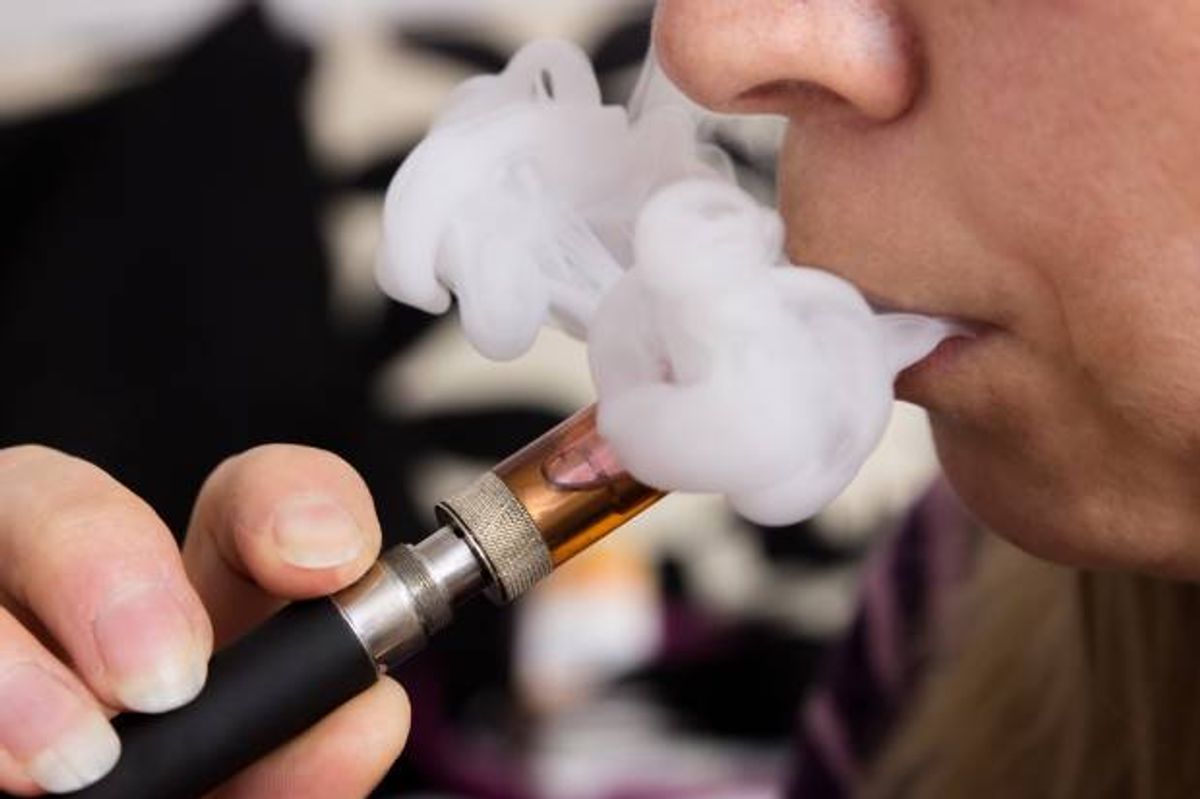 Are you a smoker who has tried to quit by switching to e-cigarettes? A non-smoker who will allow yourself a few puffs because, come on, it's only vapor? They must be so much safer than tobacco cigarettes, right? Wrong!

Electronic cigarettes have been causing explosions. Resulting in death. Not a long, drawn-out-60-years-with-emphysema-then-lung-cancer kind of death. An immediate poof-you're-dead death.

A 62-year-old Englishman died Friday (Aug. 8) after an incompatible charging device led an e-cigarette to blow up, and cause the explosion of a nearby oxygen tube from an oxygen concentrator, the BBC reported. In July, another case of a person using an incorrect charging device for an e-cigarette led to a fire that ignited an air-horn canister and caused an explosion that destroyed part of a house, the BBC found.

"It wouldn't surprise me to hear of more of these incidents happening," said Dr. Michael Steinberg, an internist at Rutgers University in New Jersey.

Some former cigarette smokers who turn to e-cigarettes have chronic lung diseases such as emphysema, and may rely on oxygen concentrators to help them breathe, Steinberg told Live Science.

So while the explosions themselves were not fatal, they were so exacerbated by the presence of oxygen concentrators (which they likely only need because they were long-term smokers), that they became fatal.

Forty million Americans are cigarette smokers, and of those, nearly 70 percent say they would like to quit. E-cigarettes were invented in China and introduced to the U.S. in 2007, immediately growing in popularity due to a federal cigarette tax, the idea that vapor is less harmful than smoke, and the ability to smoke indoors. E-cigarettes are generally considered to be healthier than regular cigarettes because the device doesn't actually burn tobacco. Instead, it heats up a liquid that turns into vapor, which the smoker can inhale, meaning there is no smoke or carbon monoxide.

It is unclear whether e-cigarettes pose serious health risks otherwise, largely because they haven't been around long enough to tell. The main ingredients of e-cigarette liquid are propylene glycol and vegetable glycerin, the former of which is a toxic substance, according to the Centers for Disease Control and Prevention. The number of poisonings from e-cigarettes have increased dramatically, with U.S. poison control centers receiving just one call in September 2010 and 215 calls in February 2014. A number of those calls were made because children had consumed the liquid, but others were because smokers had inhaled too much nicotine or had gotten it on their skin, which causes vomiting and one's pulse to quicken.