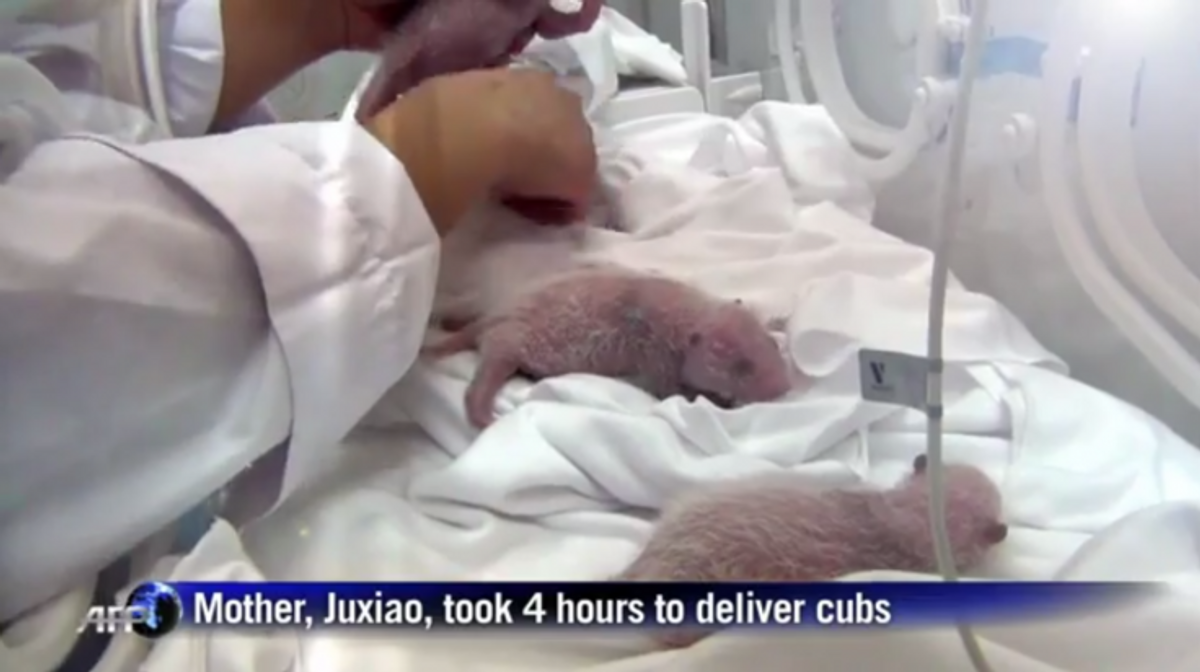 Guangzhou's Chimelong Safari Park has revealed video footage of newborn panda triplets, and they are pretty magnificent. Their mother, Juxiao, was too exhausted to take care of the cubs (who are 900 times smaller than their mom) after a four-hour birth, but can now nurse her babies with assistance from zoo feeders throughout the day.

The BBC has more:

Female pandas are able to conceive for only two or three days a year, leading to a very low reproduction rate.

The cubs are "the only panda triplets that have ever survived," the zoo said in a statement released on Tuesday, but it added that the mortality rate among pandas is "extremely high."

China's leading panda authority, the Sichuan Wolong National Natural Reserve, has said that although the pandas are still too young to call "surviving," they are the first known living panda triplets.

The cubs have not been named yet and their genders are yet to be announced.

There are only about 1,600 giant pandas in the wild, where they are endangered due to habitat loss and low birth rates. There are over 300 captive pandas living mostly in China's breeding programs.

Little buddies, you cannot die on us. Not now! You can watch their first tiny steps in the video below (which doesn't have sound) and squirt a little serotonin into your desperately wanting brain.