Detroit is drowning: Why our cities are in danger (and global warming's to blame) 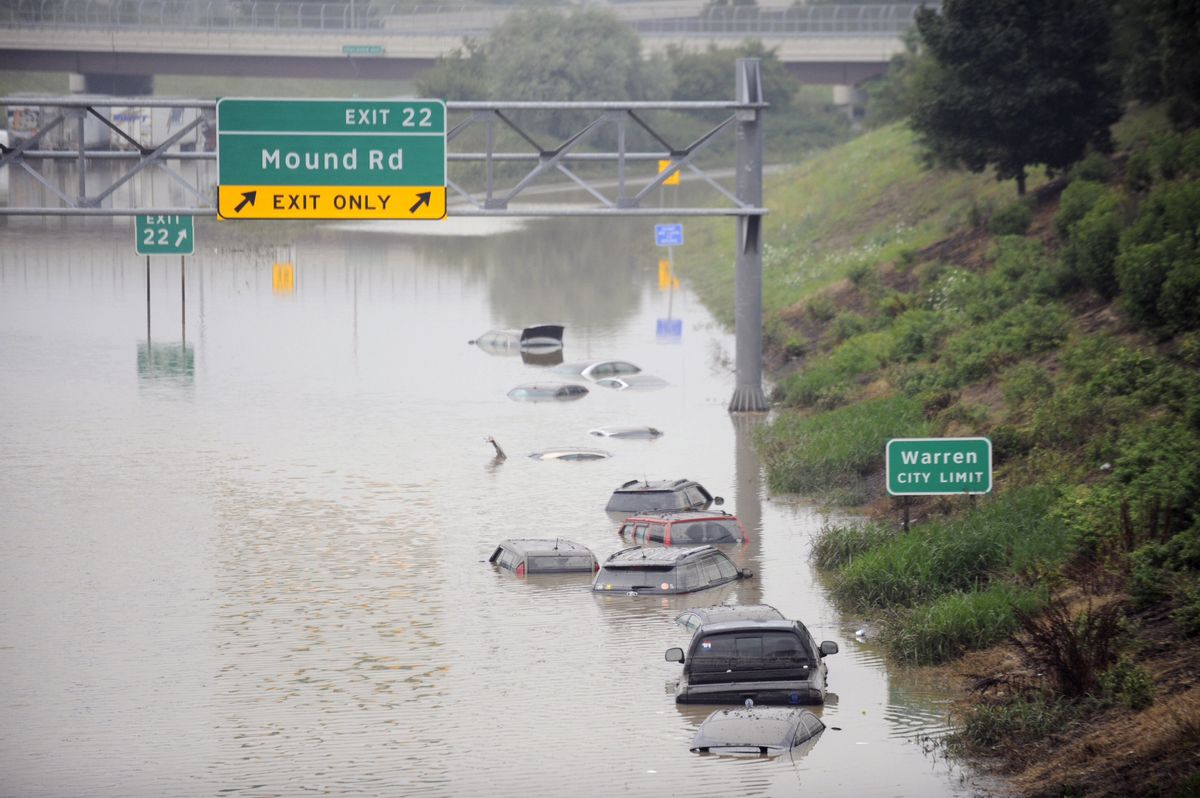 You may have missed the news that this past Monday in Detroit was one for the record books: The city was hit by an unprecedented deluge of rainfall -- 4.57 inches, coming just behind the all-time record set back in 1925 -- resulting in catastrophic flash flooding that swamped basements, destroyed cars and killed at least one person.

But you definitely didn't miss the soggy weather if you're living in Raleigh, Washington and Baltimore, or  Long Island and New Jersey, all of which got their share of unusually heavy rainfall (and if you're in New England, you're next).

This kind of weather is being described as unprecedented. But it isn't unanticipated. In fact, according to the National Climate Assessment, "extreme" rainfall events -- the kind that reach the 99th percentile of intensity -- have markedly increased since the mid 20th-century, particularly in the Northeast: No one's saying that heavy rainfall doesn't just happen, and natural variability is certainly part of the story here. But Mashable's Andrew Freedman explains why climate change is an important factor in the type of weather we're seeing now -- and which we can expect to see more of:

Since the late 1950s, the heaviest rainfall events have become more common and more intense in much of the U.S., with the highest increase — 71% — occurring in the Mid-Atlantic and Northeast. Scientists have attributed this in part to manmade global warming, since the atmosphere can hold more moisture at higher temperatures, and more evaporation is also taking place.

This means that storms, from localized thunderstorms to massive hurricanes, have more energy to work with, and are able to wring out greater amounts of rain or snow in heavy bursts. In general, more precipitation is now coming in shorter, heavier bursts compared to a few decades ago, and this is putting strain on urban infrastructure such as sewer systems that are unable to handle such sudden influxes of water.

Some will be loath to attribute this recent spate of bad weather to climate change (I particularly enjoyed the way this AccuWeather reporter positively sneered at the suggestion). So let's shift the discussion away from that particular rabbit hole, and instead talk about how the sort of thing we're seeing this week is going to become more common as climate change worsens.That, as Freedman also notes, is one of the potential uses for President Obama's proposed $1 billion Climate Resilience Fund. While he announced the plan to drought-stricken farmers in California's San Joaquin Valley, the parts of the U.S. anticipating wetter weather are facing unprecedented threats, too. As this map from the Natural Resources Defense Council shows, many cities are becoming increasingly vulnerable to floods: Preparing for the effects of climate change can mean preparing for an entire summer's worth of rain to fall in one morning, as occurred Wednesday morning in Islip. It will mean updating sewage systems so that they're prepared for once-in-a-century storms that are starting to occur a whole lot more frequently than that. The alternative, as we're already seeing, will be property destruction, death and injury, drinking water contamination and the spread of water-borne pathogens and horrors like the so-called Chicago climate change maggots.

In Detroit, the cost of updating the sewers will be astronomical; and even the billions of dollars' worth of upgrades needed, some worry, won't be enough. As a spokesman for Michigan's Oakland County Water Resources Commissioner told the Detroit News, “There’s no storm drain big enough to handle 4 inches of rain in four hours."

Federal and local officials "can ignore it and we can hobble along with Band-Aids, rubber bands and glue," he added, "but if we wish to prepare and not have to go through drama of flooded streets, electrical outages and crumbling bridges, then we need to get smarter about the future."