Despite appearances, "Central Valley Update" is not a real website, a fact the GOP hopes voters don't notice 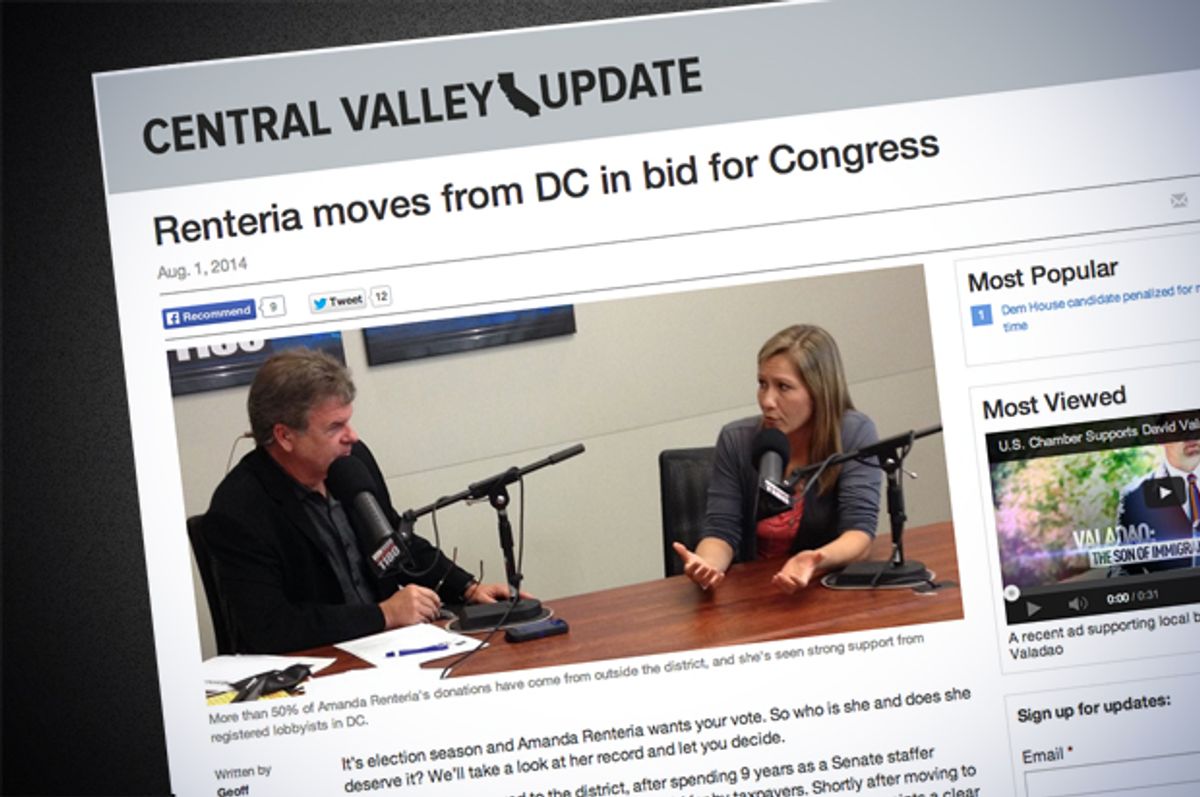 As the cliché goes, politics ain't beanbag; and examples of professional operatives engaging in jaw-dropping cynicism aren't hard to find. Still, a campaign tactic being used (and defended) by the Republican Party may set the new standard for mendacious electioneering.

That tactic? The creation of attack ads purposely designed to look like local news sites, and paying Google to ensure these fake sites show up as ads in Google search results.

As exposed by National Journal, these sites — like "Central Valley Update" seen above — are the work of the National Republican Congressional Committee, the arm of the GOP establishment tasked with building on the GOP majority in the House of Representatives. The organization would not reveal how much they planned to spend, or have spent already, in support of these sites.

Not only do the sites look like a local news page, but the "articles" they feature are written with the authoritative and seemingly nonpartisan voice of real journalism. In one "story," written by "Geoff," readers are told that Democratic congresswoman Amanda Renteria is a lobbyist-friendly carpetbagger whose fundraising has "come from donors living outside of the district."

"Given her heavy lobbyist funding and her support for Obamacare," the fake article concludes, "it seems clear that Renteria has already gone Washington."

Asked by National Journal to defend this patently dishonest practice, NRCC communications director Andrea Bozek went a step further, trumpeting what she described as a brilliant and innovative new approach to campaigning. "This is a new and effective way to disseminate information to voters who are interested in learning the truth about these Democratic candidates," Bozek said.

Surprising no one, Bozek's counterparts on the other side of the aisle are not so impressed. "These sites say more about the NRCC's own toxicity and desperation than anything else," Ryan Rudominer, a former Democratic strategist, told National Journal.

This isn't the first time this cycle that the NRCC has pulled a move like this, either. Earlier last year, they launched a series of fake websites intended to look like they represented a Democratic candidate. Public outcry compelled them to abandon these forgeries, but evidently the NRCC still likes the strategy, overall.