A man hospitalized for intervening over catcalls 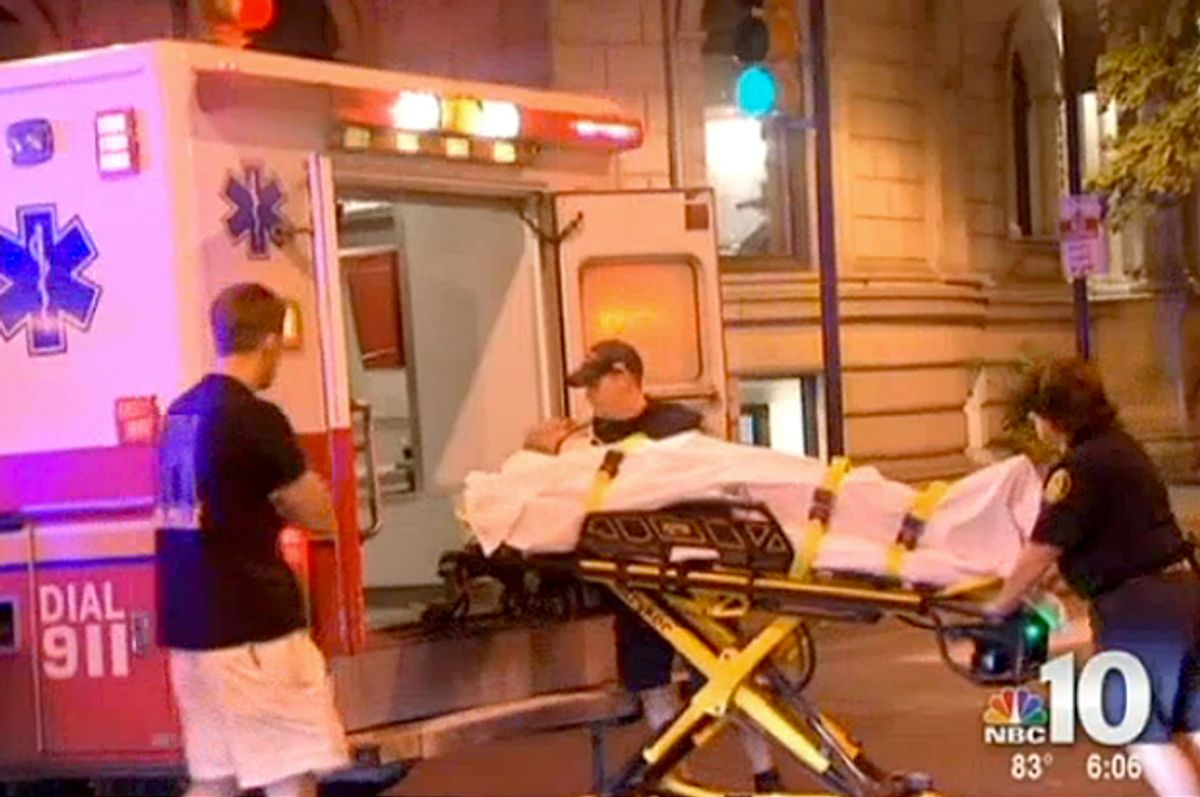 In case you need evidence that street harassment is bad for everybody, a 39-year-old man was attacked and hospitalized after trying to intervene after he saw a group of women being taunted by several men in a car.

According to NBC Philadelphia, the tourist from Texas was in the Rittenhouse Square area of Philadelphia in the early hours of Saturday morning when he spotted a black Nissan containing "several men" pulled up to a group of women and catcalling them. The victim allegedly told them, "Hey, watch what you're saying," prompting one of the men in the vehicle to get out and punch him in the head. He fell to the ground and was knocked unconscious, and was subsequently reported in stable condition at Hahnemann Hospital. The suspect, meanwhile, fled on foot and the car took off. Philadelphia Police Capt. George Fuchs told the local NBC news affiliate, "This is a tragic, tragic story. Here's a guy trying to stick up for these girls and he gets victimized."

So if you want to know why women are often reluctant to hollaback, or hey, what's the big deal over a little catcalling, maybe this helps explain a bit. It's because the aggression is real and the threat of violence is near constant. Stand up to the guys yelling from their car – even if you're a guy yourself – and you could wind up in the hospital. Street harassment, for the millionth time, is not about letting the pretty ladies know they're so pretty. It's about domination and silencing. Any questions?