Robin Williams, stage actor: What I learned from directing him in a Broadway play

When I worked with Robin on “Bengal Tiger at the Baghdad Zoo," I saw a side of him that I'd never seen on-screen 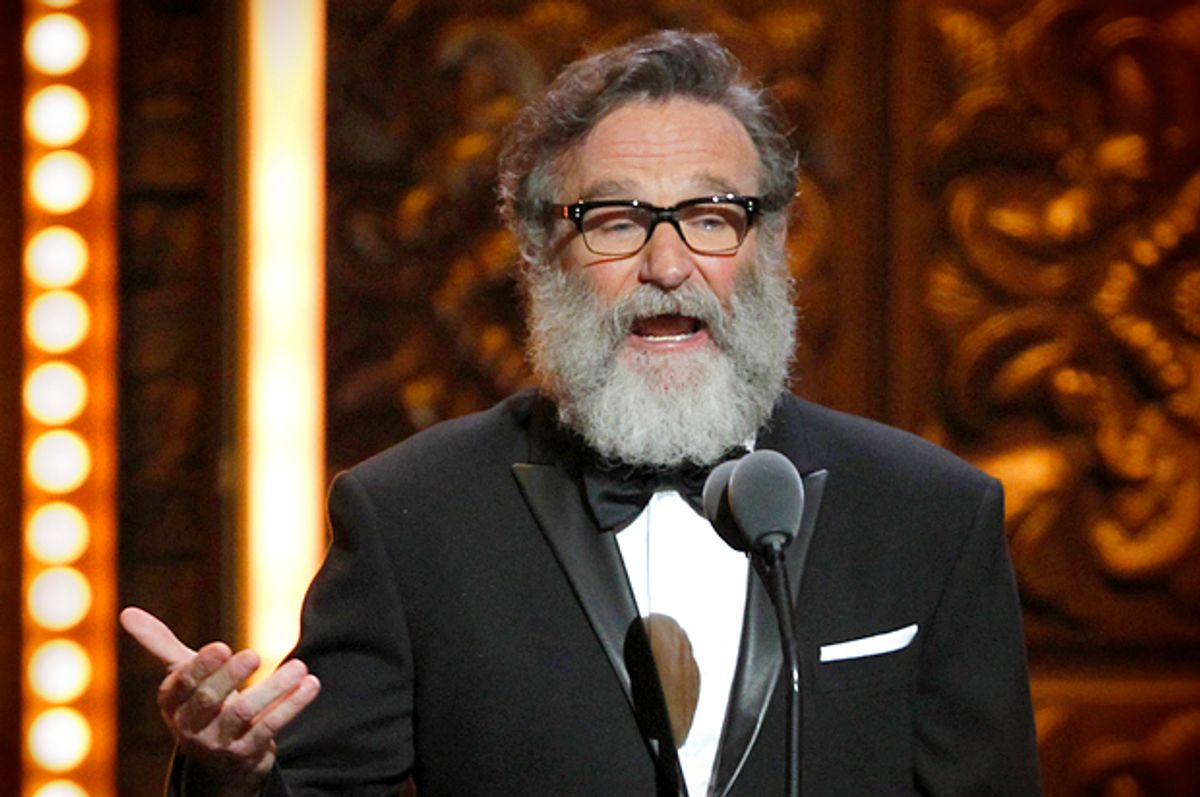 Working in the theater is a very intimate affair.  Actors, stage managers, directors, writers and designers are locked up together for long periods of time – several weeks of rehearsals followed by technical rehearsals, then previews (when you rehearse during the day and perform at night), and finally the performances.

These close quarters were where I got to know Robin, when I directed Rajiv Joseph’s Pulitzer Prize-finalist play “Bengal Tiger at the Baghdad Zoo.”  It was March of 2011.

When I first called Robin to discuss the possibility of having him do the play, I was in Venezuela directing my play “Gross Indecency: The Three Trials of Oscar Wilde.”  I was worried about how that play – with its themes of sexual and social subversion – was going to be received in my rather machista home country. Robin heard my concern and was kind and, of course, hilarious about the whole situation, putting on fake Latino accents and proceeding to review the play in Spanish. It was just what this fearful playwright needed. But what struck me the most was that somewhere in the middle of the call he started calling me “boss.”  I took that as a sign that he wanted to do the play. And was also tickled that a genius I’d admired all my life was calling me boss.

On the first day of rehearsals for Bengal Tiger, the assistant costume designer came to get Robin’s measurements, and Robin said to him: “I think I’m a 34-inch waist, boss.” Wait a minute: I thought I was the boss. Soon it hit me that he addressed as “boss” everyone in rehearsal, and as far as I knew, everyone in the world.

When we started rehearsals, every morning began with Robin doing what I came to call the “10 a.m. stand-up.” He would start talking about whatever crossed his mind and would riff on it for the next 20 or 30 minutes, keeping all of us -- actors, designers, stage management -- roaring with laughter.

Like everyone, I was dazzled by the speed of his brain and the quickness of his wit, but I also noticed something else: an actor’s natural trepidation about tackling a demanding role. As he developed his character – a benighted tiger in the Baghdad zoo who is killed in the first scene and spends the rest of the play haunting the living – the 10 a.m. monologues became shorter and shorter. He was feeling more at home in the rehearsal room, finding his groove in the role. Until, finally, the monologues were gone.

Robin always went out to lunch with the other actors in the cast, all of whom were much younger and less well-known than he was. And I watched as they gradually relinquished their hero worship and instead achieved a real camaraderie both with him and among themselves; and a true esprit de corps was born. He set the tone – one that lasted throughout our time together.

I would sometimes see signs of what Winston Churchill called “the black dog” – that most destructive of maladies – lurking nearby. A dark cloud would overtake him in his dressing room after a rehearsal, or a thought would linger behind his eyes a little too long. Then, as if realizing that I was on to him, he would use humor to come back quickly and seamlessly to the present.

When opening night came, the performer was in full command of the show. In front of live audiences, he was a consummate actor: Night after night he repeated with incredible precision those things he had discovered to be true, yet he always found new life in the play. It was a grueling role, difficult both emotionally and physically. And every night, he left it all on the stage.

For me, it isn’t his brilliant sense of humor, or his wit, or his chameleon abilities that I’ll miss. I’ll miss the guy who came to rehearsal every day with humility and kindness, who sat around at lunch and shot the breeze. I’ll miss the man who loved what he did every day. And who loved this community. I will miss my friend.

Moisés Kaufman is a Tony- and Emmy-nominated director and playwright. He wrote "The Laramie Project."