The darkest summer hits of all time

Who says the warm months have to be all fluff? Our picks for the movies and music that went to the dark side 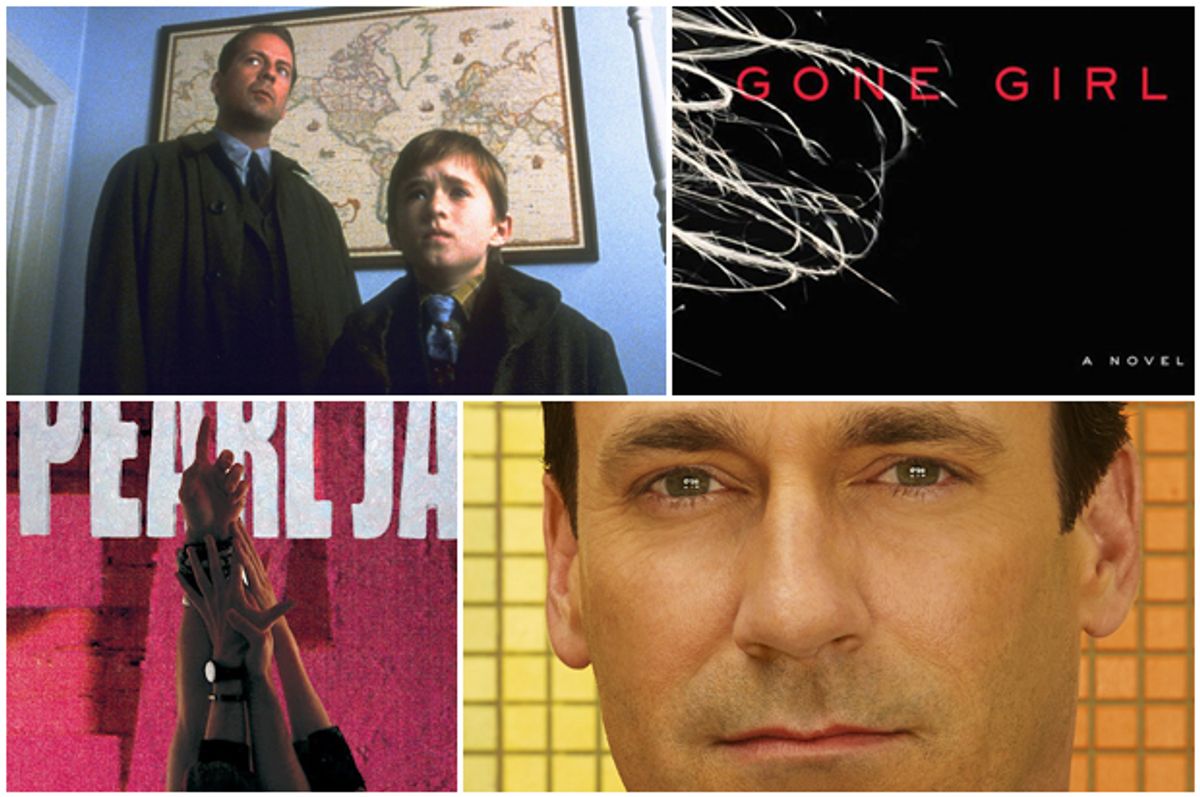 Summer is a time of carefree entertainment pleasures – of lightweight movies and bubbly pop songs. Even when the news outside is mercilessly brutal, you can count on the pop culture to serve up fluff. It is, after all, the season for which the harrowing phrase "beach read" was invented. In other words, it can be a pretty long road from Memorial Day to Labor Day for those of us who prefer our amusements with more of an edge.

And so as we enter the homestretch and a welcome return to crisp weather, chunky sweaters and depressing European novels, we offer you the essentials to get through the rest of the season in sweet, sweet darkness. All of the following were summer releases, and all will go just fine with an afternoon of sitting alone inside with the air conditioning cranked way up and the shades pulled way down.

Chuck Palahniuk: "Haunted"
Though the book was published in May of 2005, that's close enough to bathing suit weather – especially when you factor in its notorious, swimming pool-centric tale "Guts." Be warned – may cause fainting.

John Fowles: "The Collector"
Just your basic boy-meets-girl, boy-abducts-girl story, told, chillingly, from the point of view of both the psychopath and the victim.

The Police: "Every Breath You Take"
The creepy stalker anthem, which somehow often gets mistaken for a straight -p love ballad, entered the Billboard chart in June of 1983.

Bobbie Gentry: "Ode to Billie Joe"
Why did Billie Joe McAllister jump off the Tallahatchie Bridge? The narrator never tells, but her nonchalant recounting of the news still gives chills, 47 years after its release.

Tears for Fears: "Shout"
While the new wave kids partied through the summer of 1985, the British duo offered protest and primal scream therapy.

Lorde: "Royals"
The New Zealand teen dominated the summer of 2013 with a stripped down ode to being one of the have-nots.

"In the Company of Men"
1997's nasty tale of corporate misogyny put Neil LaBute on the map.

"The Sixth Sense"
The August, 1999 thriller is remembered for its famous twist, but watch it again for its heart-ripping portrayal of grief.

"The Wire"
David Simon's bleak Baltimore drama debuted in June of 2002, just in time to help us forget that "American Idol" was also beginning its run.

"Louie"
The brilliant and defiantly dark comedy launched in June of 2010, making summer safe for awkward encounters and bad sex for everybody.

"Welcome to Night Vale"
The indispensably twisted offspring of Lake Woebegone and Area 51, "Night Vale" began broadcasting from the oddest little desert town in America in June of 2012. All hail the glow cloud!