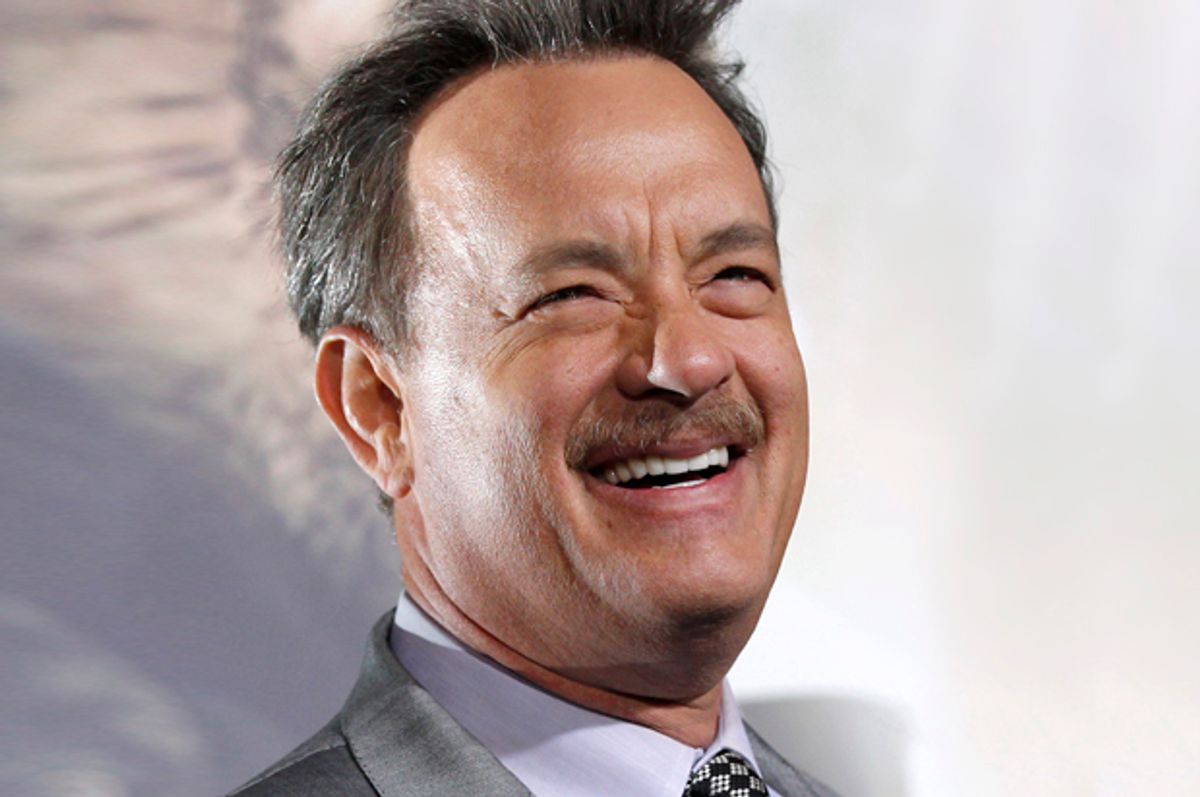 Tom Hanks has debuted his new app, "Hanx Writer," a totally pointless but awesome creation that allows users to mimic the sound of the ancient technology known as the typewriter on an iPad. He's pretty excited about it:

And, as far as apps by celebs go, it's actually kind of charming! Usually, apps by celebs are lame, like Justin Bieber's selfie app, or straight-up self-promotion, like Lady Gaga's. But in a few instances, celebrities create apps that are highly entertaining, funny, or even good for the world. For example:

This is by far the most baffling thing about KKH. The game is very funny! And not just in a “ha-ha, look at me, I’m so crazy and stupid for playing this Kim Kardashian game” way. It plays off the absurdity of Kim’s entire career (she’s famous for “nothing”!), yes, but also the general absurdity of Hollywood and conceived vapidness of celebrity.

Bonus: The game has brought out the best in literary Twitterati.

Like Hanks, William Shatner capitalized on his campy Internet persona and got in on the joke with "Shatoetry." The app is exactly what the portmanteau suggests: poetry with William Shatner. Available for iOS and Android, users can choose words of varying intonations, recorded by Shatner, and string them together to create a bizarre, Shatner-fied poem. Here's a behind-the-scenes look:

LeVar Burton is one of the few celebrities who has created an app not (entirely) for self-promotion, or to capitalize on Internet fame, but as a way to advance a social cause. When "Reading Rainbow" went off the air after 26 years, he found a new way to reach audiences via the tablet app, which soon became the top education app in the nation. His Kickstarter, which netted $6 million, will extend the vision of the app so that even more classrooms and children have access to it.

Though perhaps not on the same scale as Burton's "Reading Rainbow," singer Alicia Keys launched a storytelling app, "The Journals of Mama Mae and LeeLee," to promote literacy and reading for kids. "This app also touches on intergenerational connections to our grandparents, how much they can teach and guide us," she said upon its launch in 2012. "We came up with the concept by merging my experiences with my nana, who was and is still so magical to me, and how this character, Mama Mae, helps LeeLee through life experiences."

Taylor Swift's greeting card app would probably be cooler if it demonstrated some self-awareness of the fact that Taylor Swift comes across like a human greeting card, but that's forgivable when you realize that it's still a fun app. Like a Hallmark greeting card, it provides inspirational quotes and thoughtful sayings with pretty text, which of course you can send ironically: