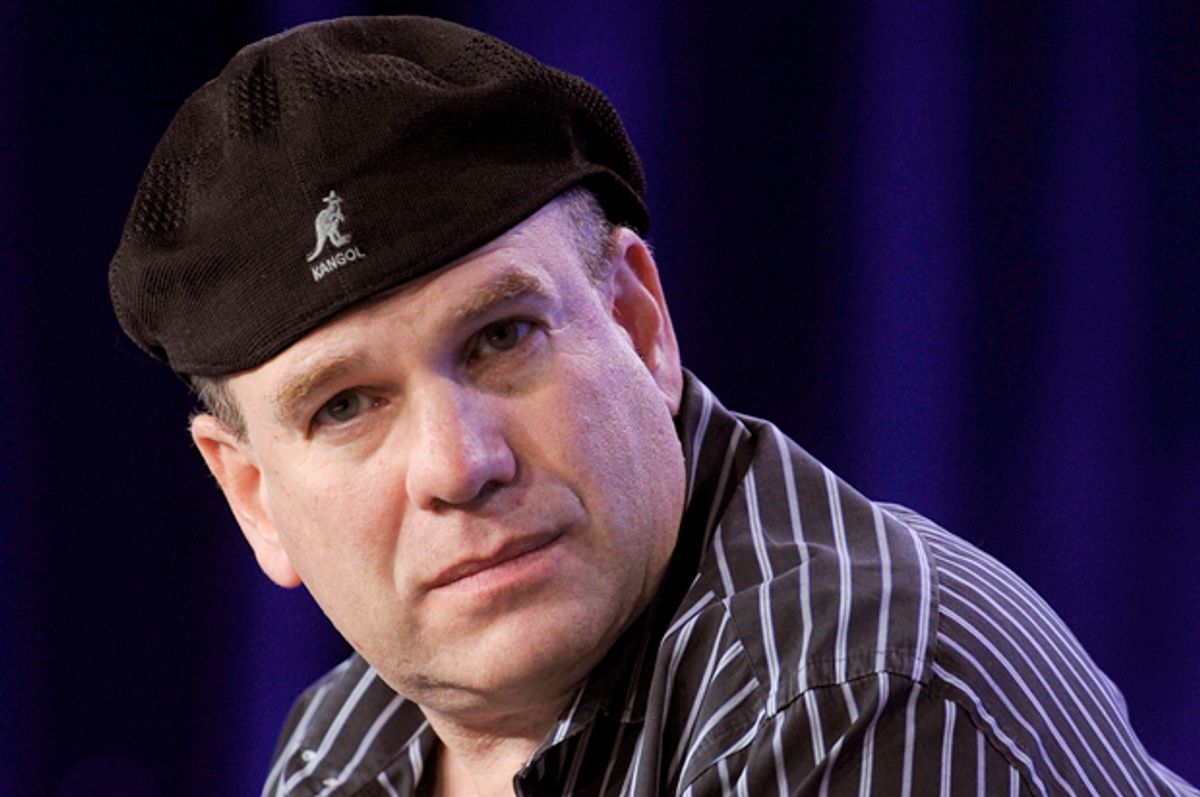 David Simon understands a thing or two about police procedures. Before he created "The Wire," before "Homicide," he was a police beat reporter for the Baltimore Sun for 13 years. And David Simon has a few things to say about what's happening in Ferguson.

This week hasn't lacked for tone-deaf, downright dangerously incendiary responses to the shooting death of Michael Brown at the hands of a police officer. There was Iowa Republican Rep. Steve King, who explained there can't be racial profiling there because "It looks to me like you don’t need to bother with that particular factor because they all appear to be of a single origin, I should say, a continental origin might be the way to phrase that." There was Bill O'Reilly, lecturing about how Brown's family's call for justice was the result of "obviously talking through an emotional prism." Let's not forget the anonymous threats to release private information based on unsubstantiated allegations. Or the severely lacking in empathy response from regular folks on the street who see the problem as "a small group of people making trouble." And above all, there has been – as the world watched and shared – the alarmingly heated response of tear gas and tanks by the local police to demonstrators.

Fortunately, in the midst of all the noise, there has been some great, moving commentary and plenty of much needed eyewitness reportage. There have been heeded calls for calm and respect toward the demonstrators and residents, which on Thursday led to a marked change in the atmosphere. And also on Thursday evening, David Simon released an open letter to Thomas Jackson, the Ferguson chief of police, about how the case has been handled thus far.

In his letter Simon expressed "a high regard for good police work" and a sympathy for "the complex truths of practical policing." He even refused to criticize "your department’s militarized performance with regard to the resulting civil disturbances in your municipality." But he resolutely chided the department for withholding the name of the officer who shot Brown on Saturday and with it, the implication that "it is plausible for a sworn and armed officer to kill a citizen and do so in anonymity." The officer was finally named in a press conference on Friday morning.

There is no way that Darren Wilson, the six-year veteran of the Ferguson force, is now not a target for retribution. There is no way his family is not also. Earlier this week, Anonymous targeted Jon Belmar, the chief of the St. Louis County police by not just releasing his address and phone number, but photos of his wife and two children. Early reports say that "As the officer is not yet in custody, he remains vulnerable to harm. The police department noted that they had received threats against the unknown individual." The trolls are real and very scary and overzealous in their own potentially highly destructive way.

But as Simon points out, there is a deeper imperative in place here than the protection of a police officer -- or his family -- from revenge. Simon says, "Your officers are the ones with legal authority. They are all armed. And they can maintain a presence anywhere in your jurisdiction." And in the meantime, "the damage to accountability and transparency is actual and of the moment." And he recalled that during his lengthy time as a reporter in Baltimore, he saw the aftermath of many police shootings, and that in all of them, regardless of circumstances, "a police department that remained fully accountable to its citizenry never failed to do one basic thing when a life had been taken: It stood by the body. All of those officers who took a life owned both their authority and their responsibility."

It's about standing by the body. Nearly a week after the death of Michael Brown, it's happened. The repercussions for Darren Wilson – and all those near to him – begin today.