Mississippi Tea Party nut's last hurrah: Make me the nominee, because of the Consitution

The defeated Mississippi Senate challenger has taken his case to the courts, and remains as laughable as ever 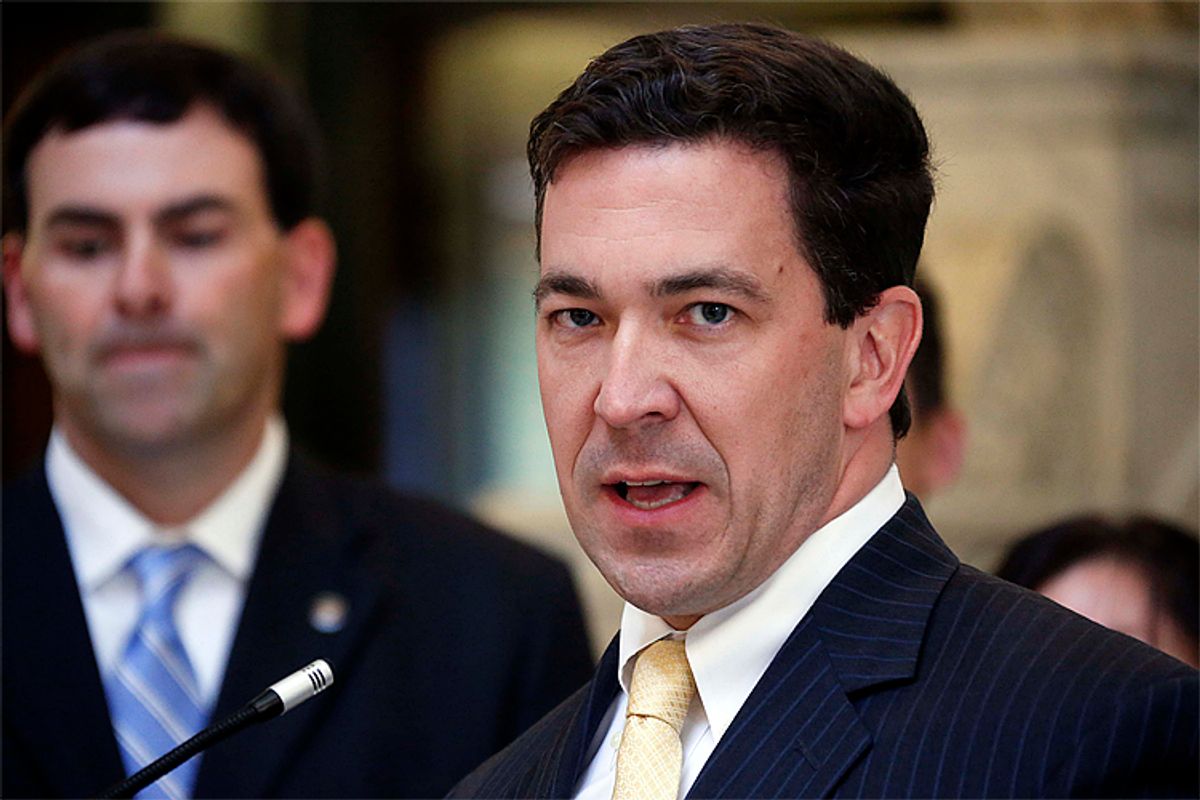 Defeated Mississippi Senate candidate Chris McDaniel, aka America's No. 1 source of lingering political entertainment, has submitted his challenge of the June 24 GOP runoff results to the courts. This was his only remaining option, as the Mississippi GOP took one quick look at his complaint and said, uhh, not our problem, and scrammed.

The complaint filed yesterday requests an immediate injunction of Sen. Thad Cochran's certification as the Republican Party Senate nominee and ballot placement "until such time as this Complaint can be heard and the relief requested herein granted and accomplished."

And the "relief requested herein," just as it was in the original complaint filed to the state party earlier this month, is totally hilarious and probably not likely to sway a judge. McDaniel's team once again is requesting that some counties where McDaniel did badly be voided and McDaniel named the nominee.

McDaniel is probably (hopefully?) aware that this legal challenge is ridiculously weak, and so he's using it as an opportunity to harden his following for a lucrative tour on the wingnut welfare circuit. And so he invokes the Constitution as grounds for why he actually, uh, won the Republican primary, even though he lost it, having secured fewer votes than his opponent. He essentially argues that open primaries -- in Mississippi's case, there's no party registration so anyone can vote in any party's primary -- are unconstitutional. Therefore Thad Cochran's strategy of reaching out to Democratic and African-American voters was a violation of Mississippi Republicans' constitutional rights. Hoo boy:

In other words, even though Mississippi party registration law is what it is ... well, James Madison and Thomas Jefferson and stuff would not approve of letting these illegal Democrat Party people vote in a Republican primary.

As election law professor Rick Hasen explains, it's a little too late (as in, weeks and weeks after the primary) to be bringing up these objections. Usually "before the primary" is a good time to bring up complaints about the rules governing a primary:

But McDaniel is not asking for either of these. He’s saying the Mississippi Republican Party’s rights were violated when Democrats voted in the primary. But the rules, as they had been interpreted for decades by the attorney general of the state allowed people from either party to vote in the party primary – unless a voter walked in to the polling and declared that she did not have an intent to vote for the party’s nominee in the general election. The SOS and AG just before the election confirmed this understanding of Mississippi law.

It is too late now for McDaniel to come in and say that the rules should have been different. This issue was known before the election. He did not challenge those rules. it would be quite unfair to go in and claim after the election that the rules were unfair when there was ample opportunity to challenge them before.

After establishing that the First Amendment says that black votes for Thad Cochran don't count, The McDaniel team spells out its simple remedy: Don't count Hinds County's returns, because the whole process there was an illegal mess as evidenced by the fact that Cochran got a lot of votes.

By failing to enforce Mississippi law intended to prevent such ill effects... the Republican party executive committees have allowed (or fostered) vote fraud and irregularities to vitiate the results of the June 24 primary runoff election. The extensive vote fraud, negligence and irregularities in some counties, specifically including Hinds County, requires that the results from those counties be removed from the count so as not to contaminate all other county election results.

Back to that Constitution thing -- you know what doesn't sound very constitutional? Selectively throwing out the entire results of one or a few counties where one candidate did very poorly in order to overturn the results of an election. Chris McDaniel lost by 11,000 votes in Hinds County, but he still earned about 7,000 votes there. Does he think that those 7,000 votes he got weren't the real deal, and can just be thrown away?

We're going to go out on a limb and guess that once this whole process is finished, Chris McDaniel will remain the not-nominee for U.S. Senate.