The city I fell in love with still haunts me

I've always been bad at breakups, but my memories of New York still have a stranglehold over me 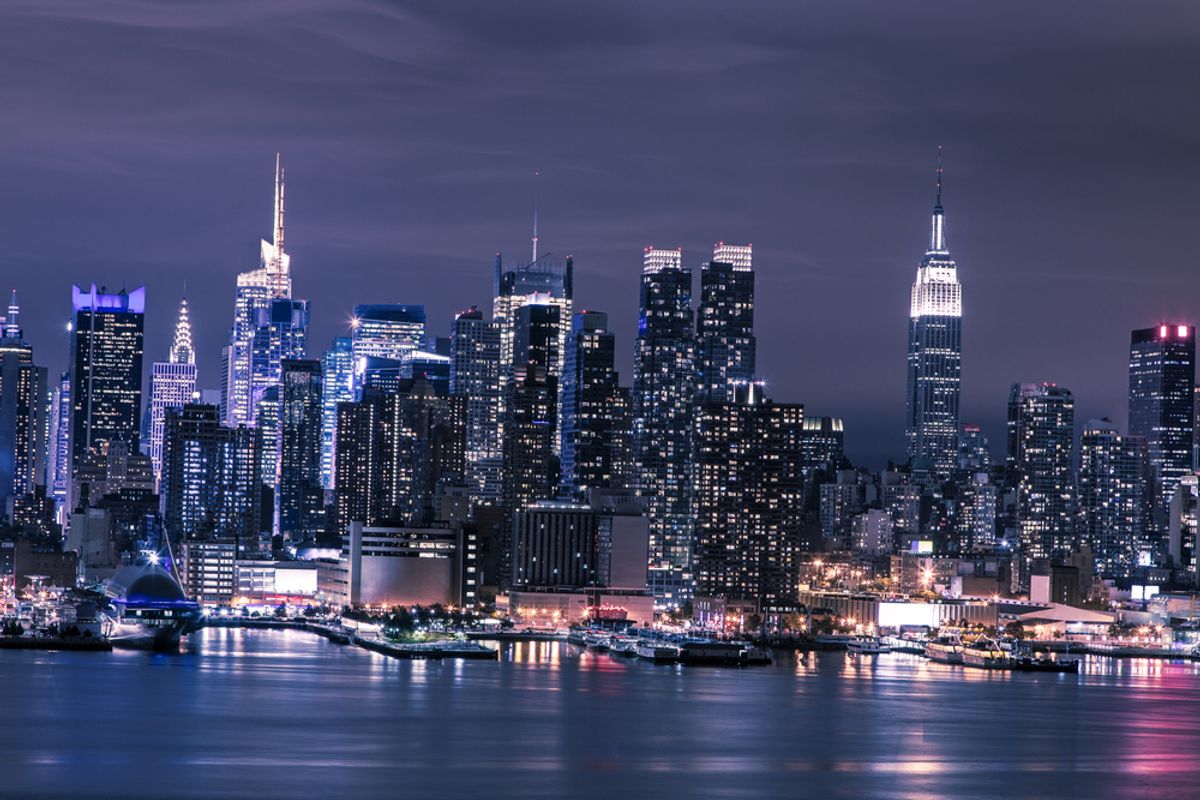 I can’t say for certain, but I suspect that New York City is uniquely designed to contain and preserve memories in a way that no other city can come close to. As if urban planners and engineers insidiously, meticulously plotted the landscape, the streets and orientations and exposures and architecture in just such a way. This in spite of its ever-changing façades, the gradual erosion of the familiar and significant, the inevitable, constant shuttering of beloved (or hated) bars, record shops, cafés, drug stores ad infinitum that New Yorkers like to grumble about and bemoan and claim is the harbinger of the city’s impending, neutering suburbanization. Its streets form a 3-D map littered with former selves, ghosts that we live with and confront on a daily basis. You have to learn to either make your peace with them or succumb to regular low-grade torture as you gingerly pick your way through the emotional rubble.

It’s possible that I’m more given to bouts of wistfulness than the average person. I spend roughly 90 percent of my time looking backwards. Maybe it’s a sickness. A whiff of shampoo or a song is all it takes to send me hurtling down my own personal Swann’s Way. This could explain why I’m shit at breakups. I’m the worst-worst-worst at them. It takes me at least three tries, and that’s with people I don’t even like that much. People I’m in love with? We’re talking years. I still text my ex from seven years ago if I see or hear or smell something that reminds me of him or our relationship. What do other people do? Not notice? Notice and move on without commentary? Not me. If I ignore that tug, it just gets more persistent until I feel myself unraveling all at once.

Most of my nostalgic musings are directly related to former loves. Those are the memories that embed themselves the deepest, and so my wistfulness is inextricably knotted up with recollections of my mostly ridiculous love life. Here is the bar where T first kissed me; the bodega where we stopped for grapes before our first night together. Here is the restaurant (now in its third or fourth or fifth incarnation) where we fought bitterly on my birthday when he refused to order the wine I liked. This whole four-block radius of Park Slope belongs to him, despite the fact that it also happened to be the block I lived on when I first moved here—years before I met him.

More from DAME: "An Argument Against 'Free Speech'"

Here is the bus stop where D and I first kissed, just a few blocks from my house, in front of the fruit-bouquet place that used to be a funeral home. Here is the bathroom (yes, bathroom) where I told him I loved him and the hardware store where he bought me my first—and only—Christmas tree. Here is the huge swath of the East Village that, up until a year ago, was just, you know, the East Village! Until it became an aching, poignant reminder of the summer I fell in love with B, whose restaurant on Second Avenue has since shuttered but whose smell I can conjure whenever I walk past the New Museum or the arches of the Manhattan Bridge. I still can’t eat at the sushi place he took me on our first date—the one with the crazy Japanese toilets that made me shriek and dissolve into giggles, to the evident amusement of the other patrons.

Maybe it’s not the city’s fault that these sentient memories are so intense that I find myself chasing after them again and again, at considerable expense to my emotional well-being. Maybe it’s me. And maybe, very possibly, it’s not the people I have loved in the past that I’m seeking when I delve headlong into these memories, but some earlier version of myself, the one that I saw reflected back at me through their eyes and wish upon wish I could revisit.

The only way I can know for sure is to leave.

More from DAME: "My Sweet Young Sons: Cops Are Neither Here to Protect Nor Serve You"

In a month I will pack up my clothes and books and cat and move hundreds of miles away. I am terrified. And I am, despite being excited to get where I am going, feeling absolutely bereft. If all of those itemized relationships—and subsequent breakups—have left such visceral marks on my psyche, I can only imagine that leaving this city will tear me up most of all.

This is the worst breakup of my life.

The relationship between New York City and me began, like most do, with a crush, a chemical attraction that sprang to life when I came for a visit from my Midwestern hometown as a teenager. From that initial, truncated encounter and the subsequent distance and longing when I returned home, I began to project all of my fantasies on this unknown but undeniably sexy place. A place I didn’t yet know well enough to anticipate its disappointments and hardships. When I moved here roughly seven years later, reality came crashing in. I tried to leave a couple years in, convinced that it really wasn’t for me—this loud, dirty, unforgiving city where what I thought I wanted was always just out of reach. But then the city gave a little, providing just enough unexpected joy and unbidden affirmation to keep me here and satisfied. I kept threatening to leave and it kept sweet-talking me with promises. It always knew the exact right thing to say.

Oddly enough, the same naïve, cockeyed optimism that kept me here for so long, just waiting for that [fill in the blank] to discover me [insert un-self-conscious mundane activity] and change the course of my life, is what has spurred me to finally leave and cast my fate elsewhere. I was never a person who had a distinct picture of what I wanted my life to look like when I first arrived in New York. I think I might have fabricated some vague picture of myself as a cool journalist for a cool magazine (remember magazines?) who maybe shopped for cool things at cool vintage stores and was cool. And then when I got a little older I might have started to think it would be nice to live with my (imaginary) boyfriend and cook dinner together and be domestic and have a dog. And then maybe get married and have a baby. And in this fantasy, which was more recent, we lived in a nice Brooklyn apartment and, you know, belonged to a CSA or something and maybe had a house upstate that we would go to on weekends. The dream version of me would have that superhuman work ethic and discipline that it would take to work from home as a writer and still manage to go to Pilates three times a week and raise a kid and go out for a beer with girlfriends on a random Thursday night.

My goals have gotten less lofty but no more attainable here. I did not turn into the person I thought I would turn into, and I did not create the life that I envisioned, however dimly. I know enough to appreciate that the life I’m living is not the one I ultimately want, and the changes are not happening of their own accord, or nearly fast enough. At this stage, despite this city’s intoxicating way of making me believe that all of that is just around the corner, I have to call bullshit. It is painful and bittersweet. All of a sudden all of those minor irritations that used to pile up in the column marked “Things That Suck About New York” have taken on an adorable charm, like the boyfriend you used to fantasize about murdering due to his bellowing snores until he stopped being next to you in the morning and all you wanted in the world was the comforting sound of his deviated septum. I am moved to tears packing myself like a little sardine onto a crowded subway train, misty-eyed when I narrowly avoid stepping on a dead pigeon. Who will I be without all of this?

As I pack up my life, sifting through the material that’s accrued and deciding what to keep and what to discard, I feel certain that as much as I love and hate this city, my twelve-year long affair with it has armed me with all the strength and resilience and hope to propel me into the next phase, into the arms of some new place I will call home, that I’ll love in different ways for different reasons. The physical landscape of my past will not be there to haunt me in this new place. All I’ll have is my mind. I’m wrapping up all my former selves in newspaper and tucking them someplace safe, a place that I can choose to visit when I want to instead of being accosted by them on some random street corner. This could, finally, be the one clean break I’ve successfully made.

Then again, they say you can always come back.