The truth about the "Ice Bucket Challenge"

Is the "Ice Bucket Challenge" craze all it's cracked up to be? A Cornell economics professor discusses 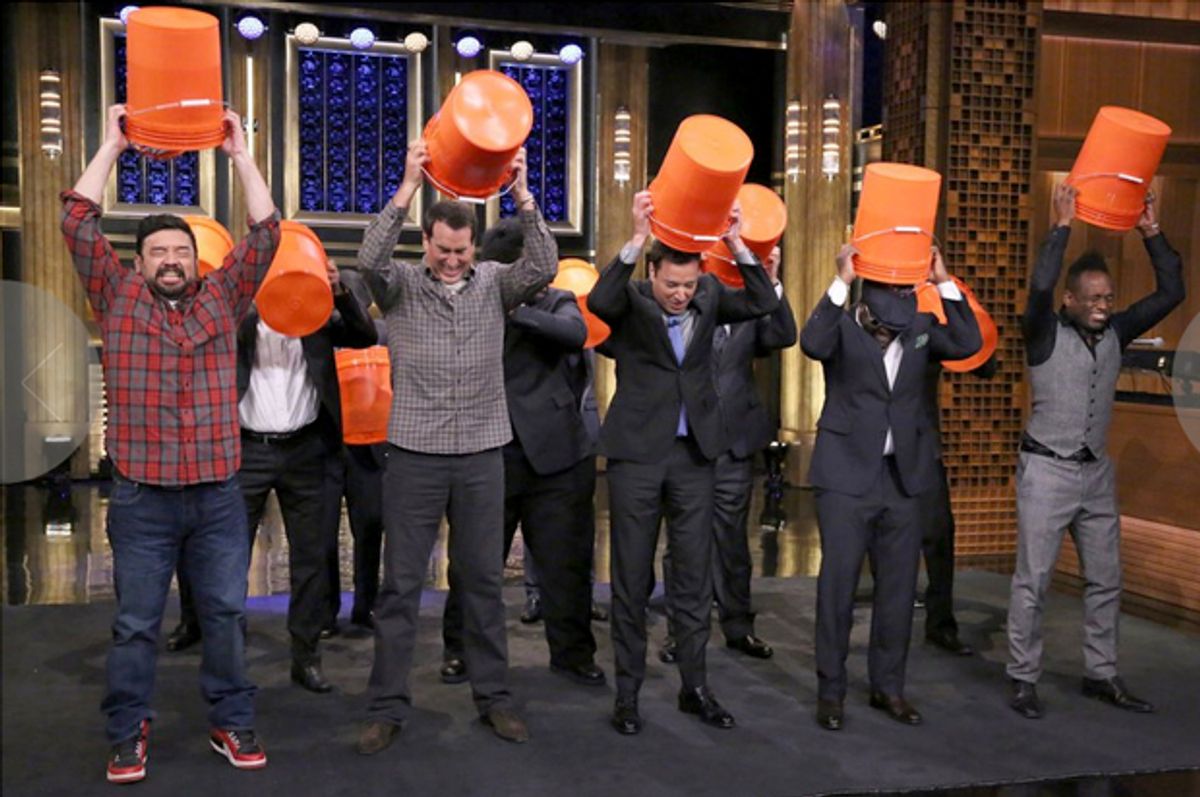 This piece has been corrected since it was first published.

If you've spent any time on social media lately, you are probably familiar with the “ALS Ice Bucket Challenge,” which over the last few weeks has spread like wildfire through news feeds across the country. The parameters of the Challenge are thus: If elected to participate by one of your peers, you must either pour a bucket of ice water over your head, or make a donation to the ALS Association, or both. You have 24 hours to do so. Video of the ritual is then published on Facebook for any and all to see.

Mark Zuckerberg has accepted the challenge. Jimmy Fallon has too. Conan O’Brien answered the call — as I’m sure either you or countless Facebook friends have as well.

The ingenious social media campaign was designed to garner both awareness and support for the fight against amyotrophic lateral sclerosis. ALS, more commonly referred to as "Lou Gehrig's Disease," is a neurodegenerative illness affecting the nerve cells in the brain and the spinal cord. The disease causes the progressive breakdown of motor neurons, which over time leads to a loss of control over the body's muscles, and eventually paralysis and death. It goes without saying that this currently cureless disease is worthy of both funds and awareness.

Between July 29 and Aug. 12, the ALS Association and its 38 chapters raised a total of $4 million, or nearly $3 million more than during the same period last year. The campaign has already, Facebook told Time magazine this week, resulted in 1.2 million unique videos.

Of course, the Challenge has also drawn its fair share of criticism. Writing in Time, Jacob Davidson (whose father died of ALS) explains his trouble reconciling the nature of the Challenge with the admittedly impressive sum of money it has raised. “’Want to help fight this disease? No? Well, then you better dump some cold water on your head’” Davidson writes, paraphrasing what he views as the perverse incentive structure built into the campaign. “The challenge even seems to be suggesting that being cold, wet, and uncomfortable is preferable to fighting ALS.” And William McAskill, a research fellow in moral philosophy at Emmanuel College, explains in a Quartz article his concern that the Challenge could cannibalize donations to other causes.

The issue, in, short, is a complicated one.

The ALS Ice Bucket Challenge -- a convergence of philanthropy, viral meme culture and hashtag activism that would have seemed unbelievable even a decade ago -- by its very nature has opened itself up to a good deal more scrutiny than most other charity efforts ever face. But it does raise some important questions.

Robert Frank, a professor of economics at Cornell University, wrote a chapter in his book “What Price the Moral High Ground?" that examines some of the very issues that the Ice Bucket Challenge brings up.

In Frank's eyes, there are both pros and cons to charities like the Ice Bucket Challenge. He acknowledges the cleverness of the gimmick, and its ability to galvanize such an overwhelming response. But he also compares the experience to being bombarded with emails from political organizations; while the Challenge's model is structured slightly differently -- it's a charity doing the bombarding, and on social media, not your inbox -- Frank still sees fatigue ultimately being a problem.

Earlier this week, Salon spoke to Professor Frank about these issues and more.  The interview has been edited for clarity.

What do you think about the short- versus long-term effects of the Ice Bucket Challenge?

The challenge is to get people's attention, and you are on the right track when you say it's novel. So, in the short run it is probably a winning strategy. But I think you're also right to be skeptical that it will endure. Once you've gotten a hundred emails asking for money -- or to pour ice on your head -- you're going to get tired of that.

It is similar to other strategies that charities use. Locally [in Ithaca, where Cornell is based], we do a 100-mile bike ride around Lake Cayuga. Another is a swim called Women Swimmin'. They swim across the lake -- it's about a mile and a half where they do it -- and each person in the event contacts friends and acquaintances and asks them to become a sponsor. And that acknowledges that the person did something unpleasant, or difficult, to show how much he or she cares about the charity. So you write a check as your part of the equation.

Those work well enough because they're a once-a-year event, so people have a whole year to recover from any fatigue they might have from being asked to donate. But as far as I can tell, this ice-bucket-on-your-head thing is something any individual can do anytime. If that's true, people are going to be getting requests nonstop. Plus it doesn't require any particular talent to do it, or any commitment or time. They just have to endure the unpleasantness. So I'm skeptical about this one. I don't think it'll last long for that reason.

Do you have any recommendations for how charities should raise philanthropic funds?

I think the best appeals, the most affective appeals, are when the charity can do something that adds value for the donor. I know the museums in New York are able to confer status on their donors. They're able to provide opportunities for them to rub elbows with people they want to meet and eventually do business deals with. So by being a museum sponsor you get to go to gala events that would be in your interest. So those kinds of appeals, naturally, are going to have greater power than ones that struggle to get your attention.

I'm interested in social media's role in all of this. Whether it's good or bad in the long run in terms of philanthropy? Are people going to get fatigue from just hearing about the disease? Or the cause? Or just get tired of giving?

There are probably those issues in all the cases. I've been getting 15 emails a day from the Democrats to give money -- to help blunt the horrible things the Republicans are doing -- and I'm a Democratic donor, but I'm quite fatigued about getting all these emails. And nervous to make a contribution at this point thinking that I'll get hundreds more emails if I do. You can pester people to death, and wear out your welcome for sure.

I'm guessing that most of the people who do pour water on their heads give anyway. I have no idea what the facts are, but that would be my prediction. [Salon has reached out for figures.] Everyone is watching you; it's a worthy cause – you ought to give anyway – now everyone's eyes are focused on you, so you're going to give. You can't challenge people if you don't pour ice on yourself.

So yes, that's a clever gimmick.

I was curious about that, because it has raised $4 million.

And we know people are nicer when others are watching. There's a lot of research to that effect. People are more likely to wash their hands in the bathroom if there is another person in the bathroom.

Is there a better model to get everyone to give?

I think that's a clever tactic on their part. How would you like to be known as the person who would rather pour ice on his head than give $100 to ALS?