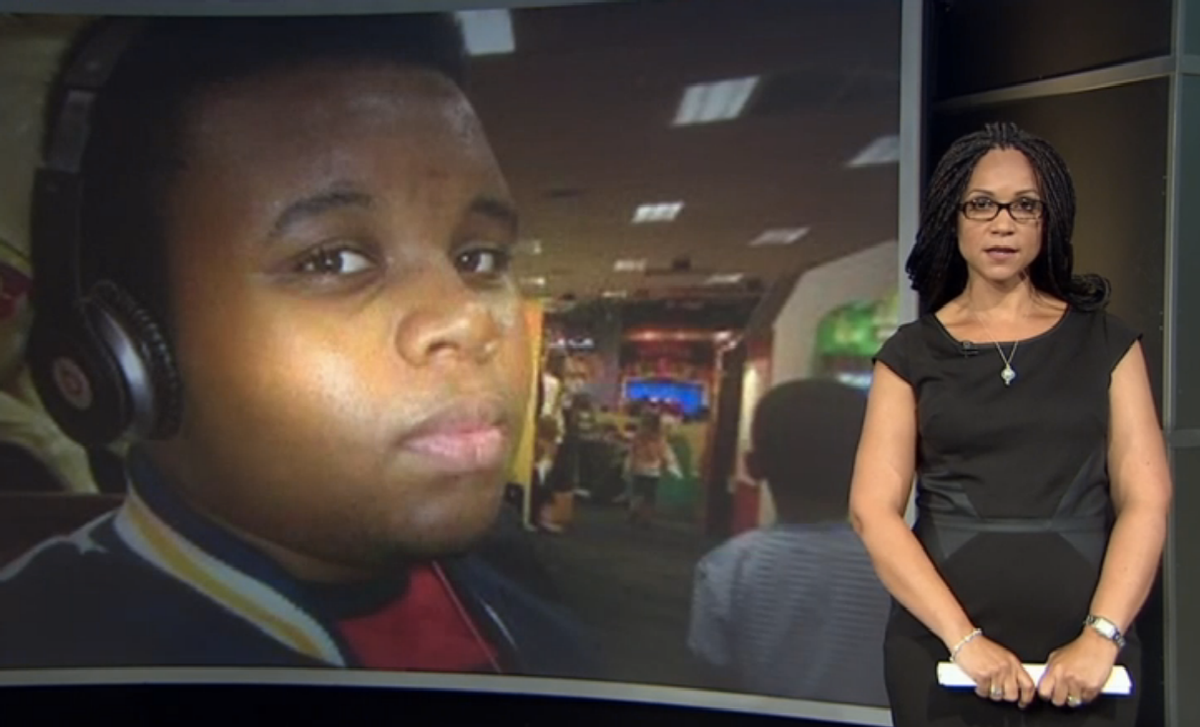 On Saturday, MSNBC's Melissa Harris-Perry delivered a solemn, yet piercing, segment on the killing of unarmed black men by police officers. She listed just a handful of the names of young men killed in the last decade, including Michael Brown last week in Ferguson, Missouri.

"From 2006 to 2012 a white police officer killed a black person at least twice a week in this country," she said. Harris-Perry also pointed out that the killing of unarmed teenager Michael Brown, by white officer Darren Wilson, took place near where Dred Scott fought legal battles for his freedom. She finished the segment quoting Chief Justice Roger Taney's infamous words from that decision. Scott, being a black man, had "no rights which the white man was bound to respect." Watch below:

Harris-Perry is not the only one paying tribute to the lives of black Americans lost due to police force. On Twitter, tributes were paid to men and women killed by police.