Brace yourself for the Nutella shortage 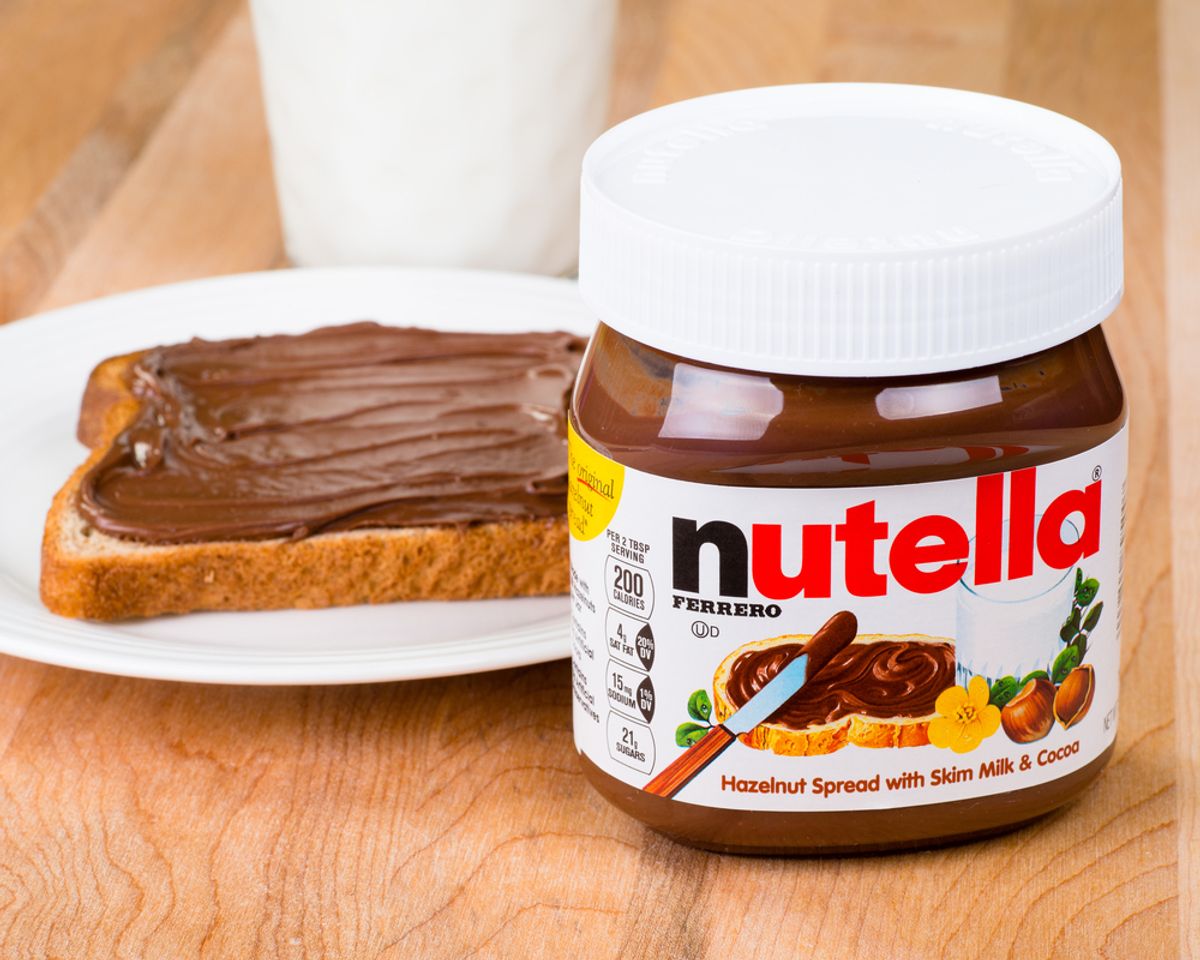 It could be time to start hoarding your Nutella (if you weren't already) or else saving up for potential price hikes. According to Bloomberg Businessweek, unusual March weather in Turkey put a strain on the region's hazelnut crop and driving prices up 60 percent -- bad news for the beloved hazelnut spread.

As Businessweek reports, each 13-ounce jar of Nutella holds more than 50 hazelnuts, and over 180 million kilograms of the stuff is produced each year, making it the biggest drain on limited nut resources since almond milk. Ferrero group, which manufactures Nutella, buys up about 25 percent of the world's hazelnut supply, 70 percent of which is grown in Turkey. The company acquired a major Turkish hazelnut supplier last month, which one expert says will insulate it against the price hikes "to an extent." Other hazelnut-dependent companies, like Cadbury and the producers of trail mixes, are already feeling the squeeze.

And with that alarming news, Nutella joins almonds, limes, high-end coffee, olive oil and avocados as the latest example of foods that, as we're increasingly being reminded, are dependent on specific climate conditions. (While climate change may not be specifically responsible for Turkey's late-March frost and hailstorms, unseasonable weather and extreme precipitation, in general, are expected to have major consequences for agriculture.) This Sunday's Doonesbury comic captured that idea quite nicely: we can understand that climate change poses a serious threat to future generations, but it's easier to panic (or, you know, "panic") about the fact that Chipotle envisions a future in which it may no longer be able to serve guacamole. Both are futures we should want to avoid.