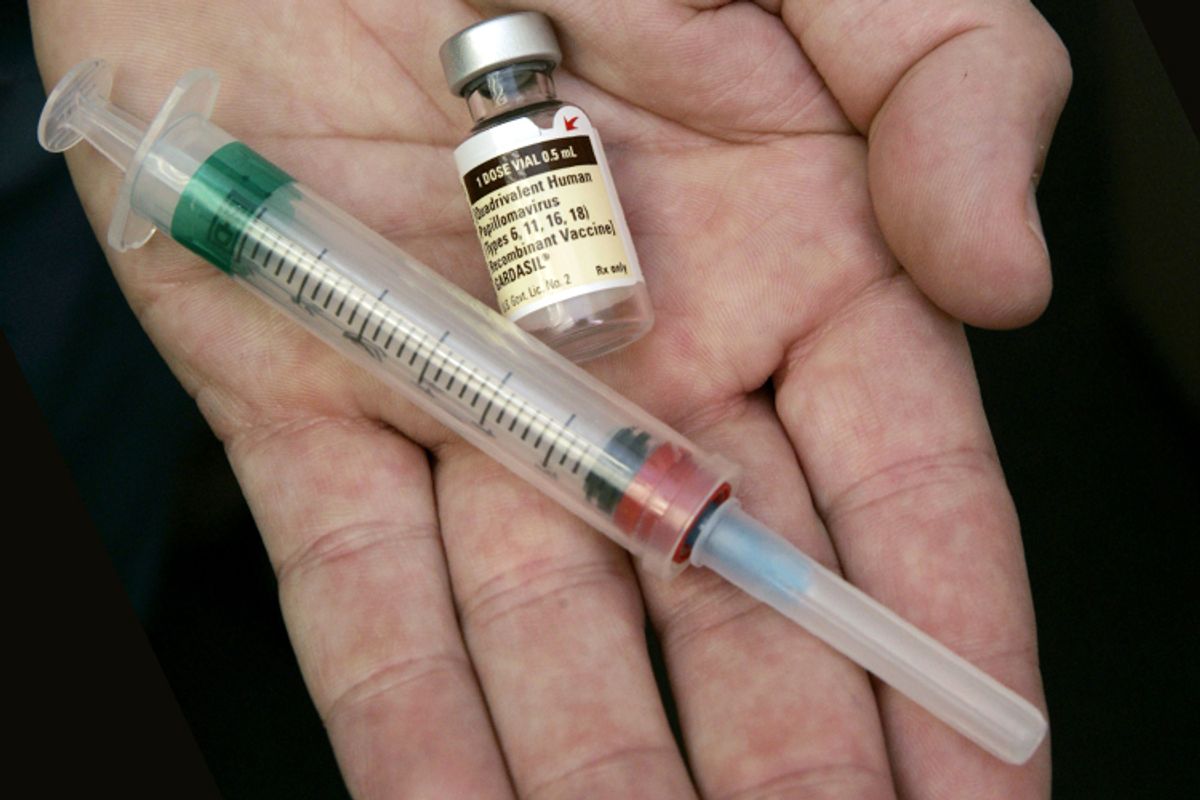 We happen to know a lot about HPV in the United States. We even know how to prevent it. And yet vaccination rates remain incredibly low. A lot of that has to do with unfounded concerns that vaccinating kids will turn them into sex maniacs. (The HPV vaccine will not turn kids into a sex maniacs, by the way. Only Elvis and Miley Cyrus can do that.) The other issue is the pervasive cultural silence and stigma around HPV, prevention efforts and sexual health in general.

New York City Council Speaker Melissa Mark-Viverito has joined a growing number of doctors, public health experts and others trying to do something to improve the whole mess. On Sunday night, Mark-Viverito tweeted that even though she considered herself a "private person," she felt compelled to share that she had received the results of her most recent pap test and learned that she had high-risk HPV, which can lead to cervical cancer. "This position has led me to understand I now have a bigger responsibility," she wrote before connecting her own experience to the broader need for accessible healthcare for all. "Our health should never be compromised. Annual physicals have to be sacred. Yet our health care system doesn't lend itself to this for many."

Mark-Viverito makes an essential point about how access to basic medical care is an essential right, and how, without health insurance, millions of people go without the kinds of preventative care that will save their lives (and a lot of money in medical expenses down the line). But after clearing the hurdle of getting insurance, there remains the problem of parents ignoring CDC recommendations around the vaccine, and doctors who aren't doing enough to inform patients about its availability.

The CDC recommends the Gardasil vaccine for "girls and boys aged 11 or 12 years, HPV vaccines are also recommended for teen boys and girls who did not get the vaccine when they were younger, teen girls and young women through age 26, as well as teen boys and young men through age 21." But in 2010, fewer than half of girls aged 13-17 had received even a single dose of the vaccine, while only 32 percent had received the recommended three doses, according to a report from the Journal of the National Cancer.

The low vaccination rate is particularly striking, doctors say, because the vaccine happens to work really well. According to a 2013 report from the CDC, rates of HPV infection dropped 56 percent among girls ages 14 to 19. “This report shows that the HPV vaccine works well, and the report should be a wake-up call to our nation to protect the next generation by increasing HPV vaccination rates,” Dr. Thomas Frieden, director of the U.S. Centers for Disease Control and Prevention, said last year. Researchers behind the study hypothesized that even though the vaccination rate remained low, the infection rate dropped because of a so-called "herd immunity." Meaning, the vaccine benefits people who haven't been vaccinated because those people are having sex with the people who have been vaccinated. Voilà, that's sex herd immunity.

Given those numbers, it's easy enough to imagine what would happen if that vaccination rate went up even a little. But Hannah Horvath and public officials like Mark-Viverito can only do so much with their tweets. Parents and doctors need to step up, experts say.