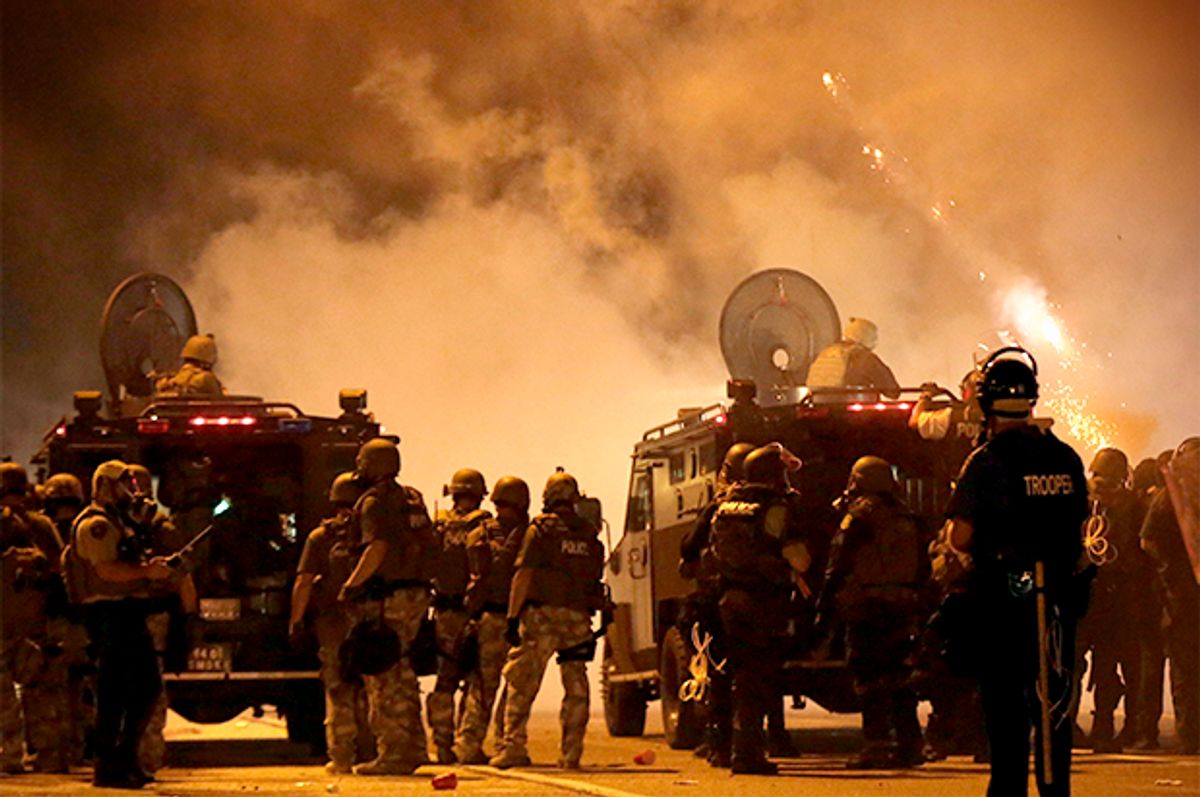 Americans crave bipartisanship. Despite the fact that some studies have shown that we aren't particularly bipartisan ourselves -- that the politicians we get are largely those that we deserve -- it's hard to dispute that the tone of modern politics is extremely unappealing to a large portion of Americans who don't identify strongly with either the Democratic or Republican Party -- but must choose between them all the same.

Still, bipartisanship is increasingly hard to find in our political discourse, and groups that have attempted to encourage or foment it haven't been terribly successful. Consider "No Labels," which bills itself as a "growing citizens’ movement of Democrats, Republicans and independents dedicated to promoting a new politics of problem solving." No Labels got in hot water late last month when it was caught hoping for greater gridlock and intransigence in 2014 to help raise its profile -- this, according to internal documents reported by Meredith Shiner for Yahoo! News. "With Republicans holding control of both chambers in Congress and a Democrat in the White House," the documents gleefully note, "the likelihood of gridlock will be higher than ever before."

Or consider the super-group of Senate legislatures, the "Gang of Six," which was intended to force our two parties to create a functional budget by wielding their bipartisan might ... but still included plenty of "poison pill" provisions in a federal budget aimed at helping move the two sides to common ground. Remember how well that worked out? The debt ceiling crisis, the first credit downgrade in American history, followed by arbitrary, across-the-board spending cuts to the federal budget that were never seriously intended to be implemented. Such is the murky recent history of bipartisanship.

What, then, to make of vocal opposition to the militarization of American police by such right-wing stalwarts as Sen. Rand Paul and Fox News owner Rupert Murdoch? Following the tragic death of Michael Brown, shot at least six times by Ferguson, Missouri, police officer Darren Wilson, Sen. Paul and Murdoch called for reducing the militarization of American police forces in a Time Op-Ed and on Twitter (respectively).

They should be applauded for taking a stand on this important issue, which has steadily grown in both its size and scope in recent years. But it's tragic that the national outcry only came following a child's senseless death at the hands of an individual charged with protecting and serving the citizenry -- including (it shouldn't need to be noted) young black men like Michael Brown. Have we finally broken through? Is bipartisanship and civic-minded comity just around the corner?

Compared with the fractured state of our politics, which has grown immensely (and measurably) more divided in recent years, it's hard not to be encouraged by the fact that this issue is receiving some measure of bipartisan support. Still, it's unfortunate that Democratic leadership -- which (belatedly) condemned the fatal shooting of Michael Brown -- hasn't joined Paul and Murdoch in explicitly calling for the end of our militarized police forces. Indeed, beyond Democratic Sen. Claire McCaskill and Georgia Rep. Hank Johnson -- who will advance draft legislation next month to turn down the spigot of military surplus gear to our nation's cops -- Democratic politicians have been shamefully quiet on this issue. What we're seeing here, then, isn't really bipartisanship in the strictest sense: It's closer to two parallel intra-party disputes, where a few actors on the left and right are coming together in opposition to a dysfunctional status quo.

Of course, there are plenty of other issues that enjoy widespread voter support but fail to lead to legislation due to the broken incentives in modern politics -- a hike to the minimum wage or sensible gun law reform are both obvious examples. All too often, however, Congress functions as a zero-sum game where one party's support always leads to the other's knee-jerk intransigence. (See: a national health insurance mandate.) Let's hope this emerging bipartisan push against military-style police is different; its popularity on both sides of the political aisle exists despite its unpopularity among party elders. And neither Democrats nor Republicans can credibly claim it as their own. After all, remind me: what, exactly, have the Democrats done to slow the creeping militarization of police, or to champion sentencing reform in our courts? It is perhaps these issues' nebulous position along our ideological spectrum that makes them so appealing to politicians on both sides of the aisle -- and provides those same politicians with the necessary breathing room to plausibly affect public policy.

Will party apparatchiks take notice? Whether or not attempts to reverse the "Rise of the Warrior Cop" become more politically viable over time remains an open question. It's easy to ignore those issues that don't bring in donation dollars, or that can't be wielded as a cudgel upon your ideological foes. As gridlock becomes commonplace, common ground, in turn, becomes more sacred.

Let's just hope that Rep. Johnson's bill gets a vote in the halls of Washington. One way or the other, I want to know where my elected representatives stand.