The actor and comedian asked the audience if Fallon had been imitating him. Watch what Fallon did in response 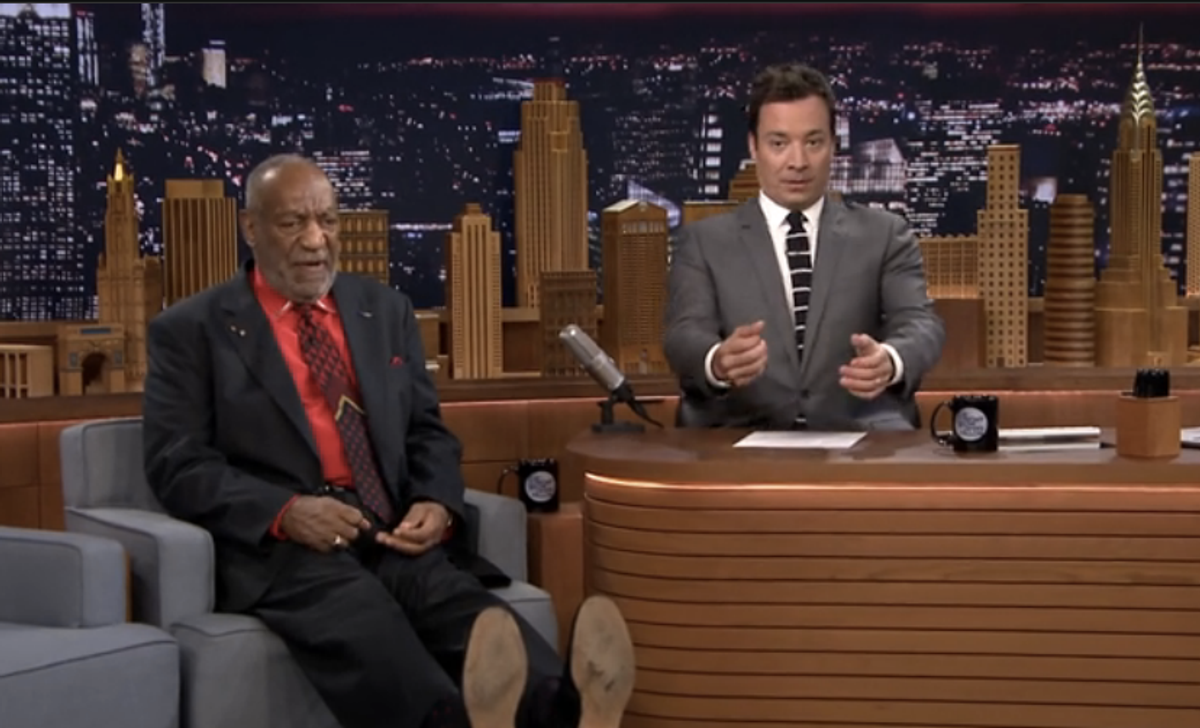 Last night Bill Cosby appeared on "The Tonight Show With Jimmy Fallon," and all manner of high jinks ensued. Cosby was out of the gate cracking jokes about driving and hitting deer, old age and doing his signature moves.

He also confronted host Jimmy Fallon for doing impressions of him on the show. Cosby stood up to address the audience, asking if Fallon had in fact imitated the 77-year-old comedian. Behind Cosby's back, Jimmy took matters into his own hands, to uproarious laughter and cheers. Watch below:

And watch Bill Cosby discuss his 77th birthday below: