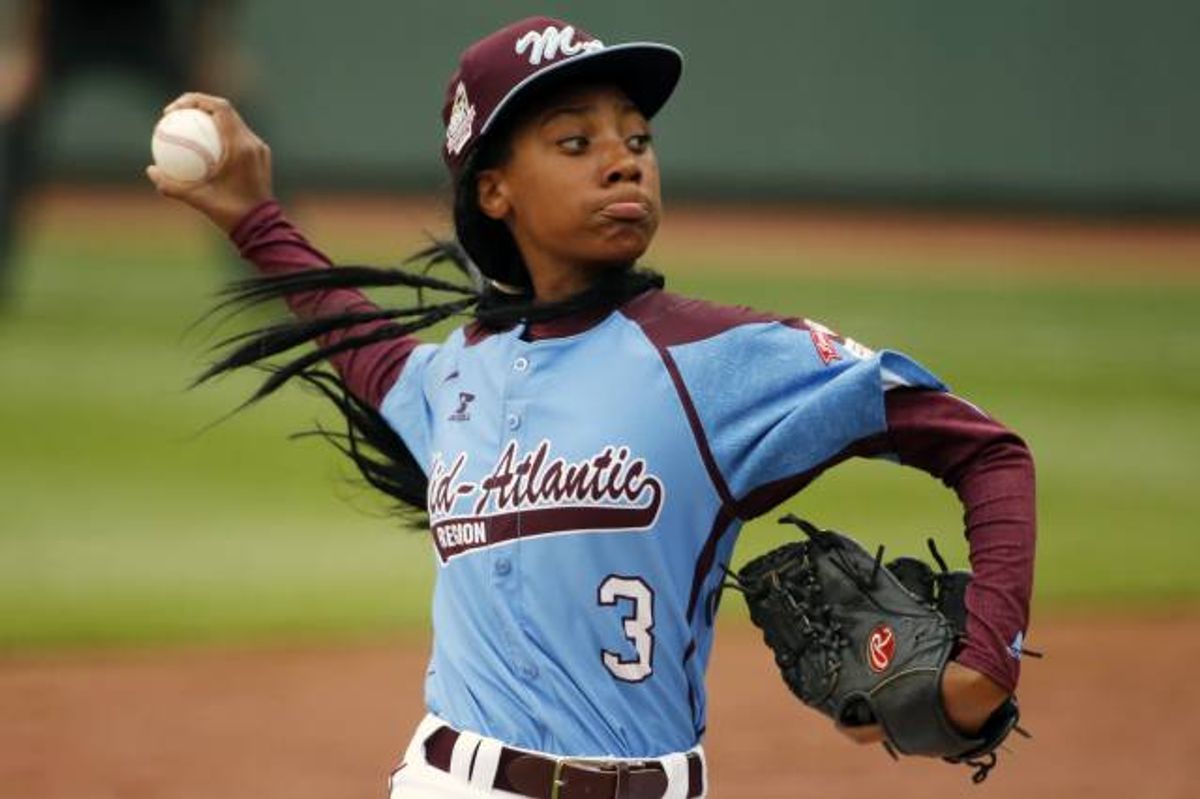 Sports Illustrated does not have the most admirable history of featuring women on its cover, but this week's issue is a notable exception: 13-year-old pitching sensation and Little League star Mo'ne Davis will appear on SI's national issue cover, the magazine reports.

"Last week, this week, maybe next week, she's owned the sports conversation," managing editor Chris Stone said. "How often do you get to say this about a 13-year-old girl? It's the easiest type of story to identify as a cover story."

Davis is the first Little League player featured on the national cover, and has created quite a buzz at this year's Little League World Series. The baseball wunderkind is one of two girls to make it to the LLWS this year, and the 17th female to compete in the series' history. According to a preview of SI's profile on Davis, though, the young star is not even sure she wants to stick with the sport.

Well, if Davis can dunk the way she pitches, she'll no doubt appear on the national cover again in a basketball jersey. Watch a clip of her pitching below: