Pardo, the longtime voice of "SNL" who just died at 96, once appeared in a Weird Al video 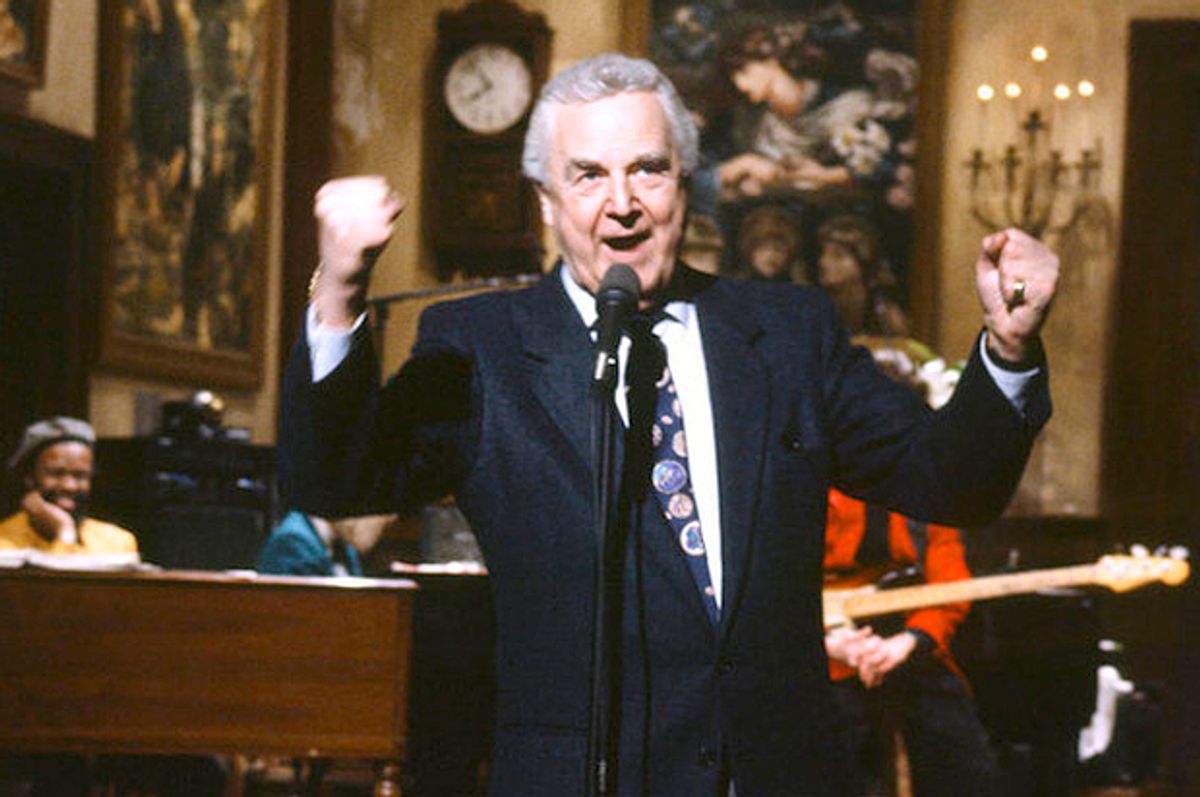 "SNL" has lost one of its biggest icons: Don Pardo, the TV announcer who has introduced the cast members and stars of "Saturday Night Live" for 38 of its 39 seasons, has died. He was 96.

You may not have recognized Pardo on the street, but as the former "Price Is Right" and "Jeopardy!" announcer, millions of American from every generation would recognize his voice. Though famous for his work off-camera, Pardo also turned up in comedy sketches, particularly the show's game show parodies, both on "SNL" and off.

In honor of Pardo's legacy, here are a few of his most memorable TV appearances:

Pardo famously sang a verse in Zappa's 1976 "SNL" performance of "I am the Slime," and later appeared in a live-recorded version in the 1993 rerelease album, "Zappa in New York." Listen to Pardo at the 1:19 mark in this video:

Don Pardo played the announcer in this futuristic "SNL" sketch from 1976.

"SNL" writer Colin Jost tweeted that this is his favorite Pardo sketch, as "Andy Samberg made him say very un-Pardo things"

Pardo again lent his voice to comedy in Weird Al Yankovic's 2009 parody of "Jeopardy," the 1983 hit by the Greg Kihn Band.

In "30 Rock's" third season, Pardo guest-starred as a washed-up version of his real self, Sid, an announcer for "The Girlie Show With Tracy Jordan." (Side note: Watch the "SNL" cast, including Tina Fey, wish him a happy 90th birthday in 2008.)