Love makes sex better for most women, say some women

Sure, intimacy can make sex more physically satisfying -- because partners have a better idea of what they're doing 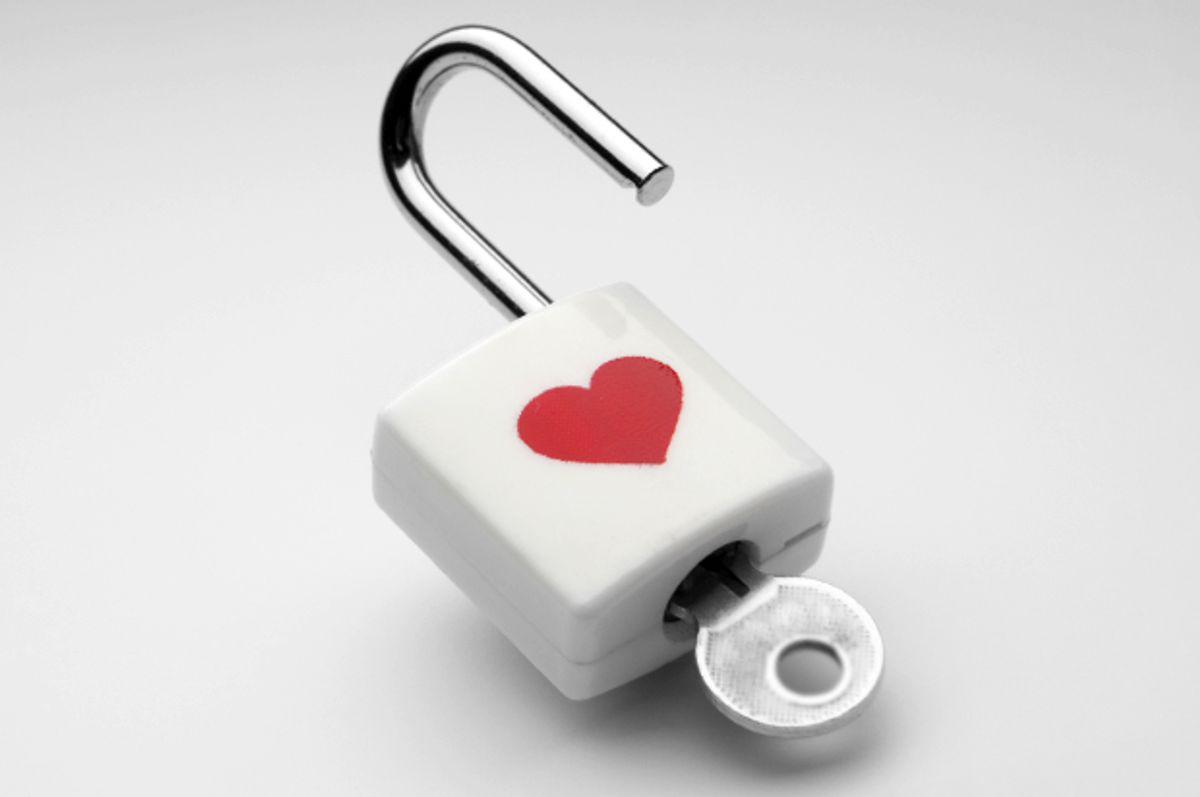 New findings presented at the annual meeting of the American Sociological Association reinforce something that women have been told over and over again: Love makes sex better for females. OK, sure. According to the data, which draws from a series of in-depth interviews with 90 women from the Northeastern U.S., most heterosexual women between the ages of 20 and 68 said that love was necessary for maximum physical pleasure during sex.

But, as lead researcher Beth Montemurro notes, that's likely because the women she interviewed felt less inhibited exploring their own sexuality when they were doing so with a partner whom they loved. That's partly because women are socialized to believe that sex and sexuality are only acceptable in the context of marriage (or, increasingly, publicly condoned romantic relationships, generally with members of the opposite sex).

"When women feel love, they may feel greater sexual agency because they not only trust their partners but because they feel that it is OK to have sex when love is present," Montemurro said in a statement. "On one hand, the media may seem to show that casual sex is OK, but at the same time, movies and television, especially, tend to portray women who are having sex outside of relationships negatively."

As a result, it could be that women interpret sex as an expression of love because the correlation is hammered in repeatedly over the course of a lifetime. The two become effectively inextricable -- although Montemurro did interview 18 women who "unequivocally believed that love was unnecessary in a sexual relationship." But that isn't quite the same thing as saying that the presence of love in a sexual relationship can maximize physical pleasure; it's an acknowledgment of the fact that sex can still be good when it's casual.

Sex can also be bad when it's casual, for reasons ranging from anxiety to unfamiliarity with a partner's preferences, to not really caring about a partner's preferences at all. As Salon has explained before, the association of love with good sex could have more to do with the fact that intimacy facilitates people being more direct with their partners about their sexual desires -- especially women, who are culturally instructed not to be upfront about receiving pleasure.

So yes, maybe love does make sex better for most women. But that's probably because it fosters an important intermediate step -- communication -- that helps couples find satisfaction.