Seth Meyers: I understand why people are "disappointed" that James Corden is hosting late night 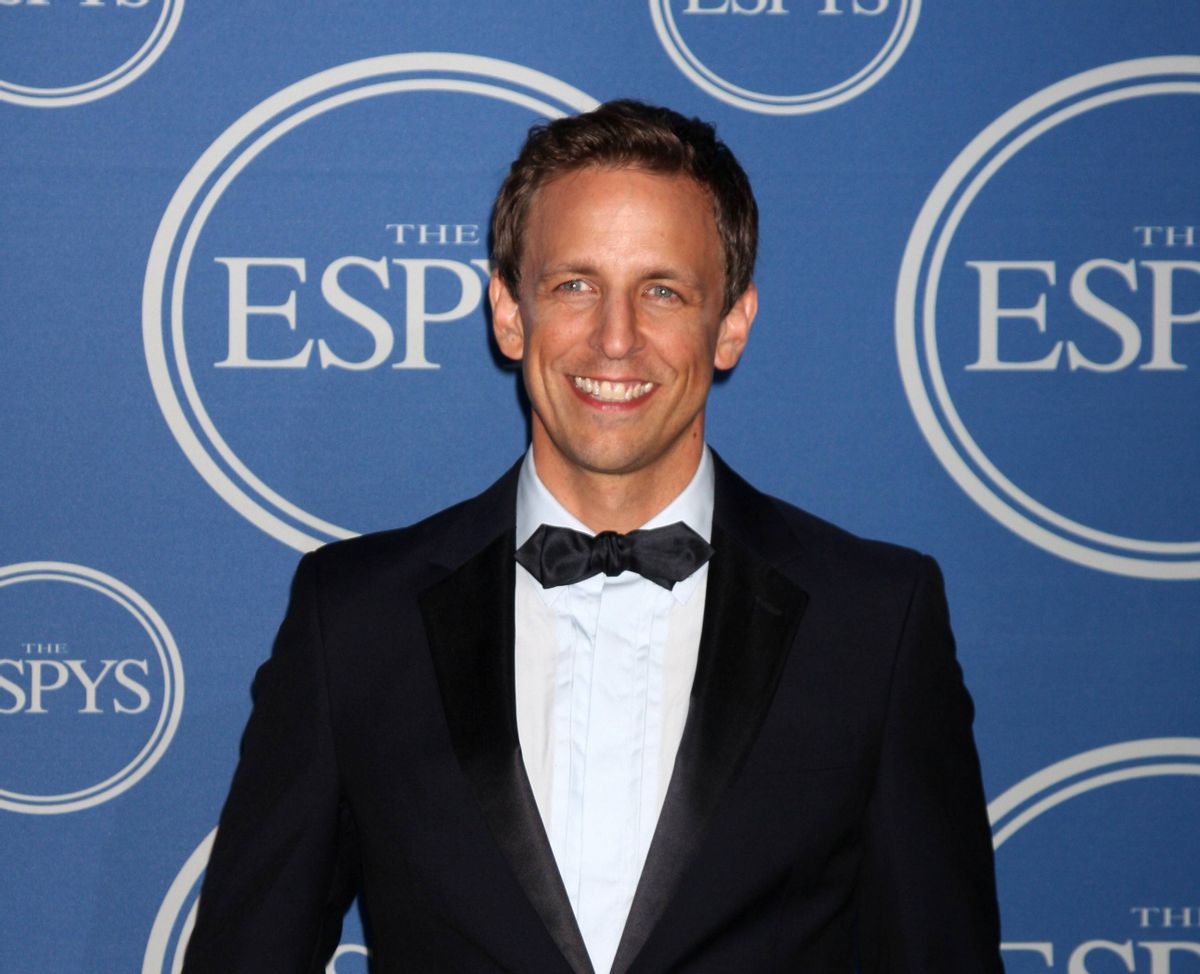 In an interview with Vulture, former "SNL" head writer and current "Late Night" host Seth Meyers, who will host the Emmys on Aug. 25, has shared his thoughts about the appointment of James Corden as Craig Ferguson's successor at the "Late Late Show."

Many critics were disappointed that CBS tapped Corden, a controversial British comedian who seems to have smoothed over his bad reputation, rather than a well-liked female comic; especially because it was one of the last chances that cable television had to break late night's male-dominated lineup for the next several years.

Vulture's Jesse David Fox, fully acknowledging that Meyers himself is a straight white guy recently tapped for the position, broached the subject tentatively, saying, "I’m sure [Corden will] do a wonderful job, but there was a palpable frustration by many people about the relative sameness of late-night hosts."

"And I know that it’s complicated, and I don’t want you to have to defend why you have a job, but how do you see this situation?" he asked. The question is, of course, awkward for Meyers, who wants to both welcome Corden as a peer, avoid controversy as a late night television host, but also acknowledge the valid criticisms of an industry that has historically overlooked women.

Meyer's response, however, was tactful but honest:

"Well, it’s strange. Because I would be really happy if a woman got that job. But I’m also really happy for James Corden, who I know to be a really talented and lovely person. It is that tricky thing, which I think everyone has to deal with, which is when the disappointment with the decision-makers can bleed into the person for whom this is also the goal of their career. But with that said I think that people have every right to be disappointed and voice that disappointment."

Meyers also happens to have the most diverse staff in late night television, and according to him, that's a result of an increasingly diverse pool of talent. In February, he told Salon that “the field of applicants for these jobs is becoming more diverse ... Certainly, you know we have diversity in our new writing staff," he continued, "but it wasn’t because we went out and looked for it. It was just because some of the many funny people we saw, it was a very diverse field.”