The Internet still has a "problem with women" 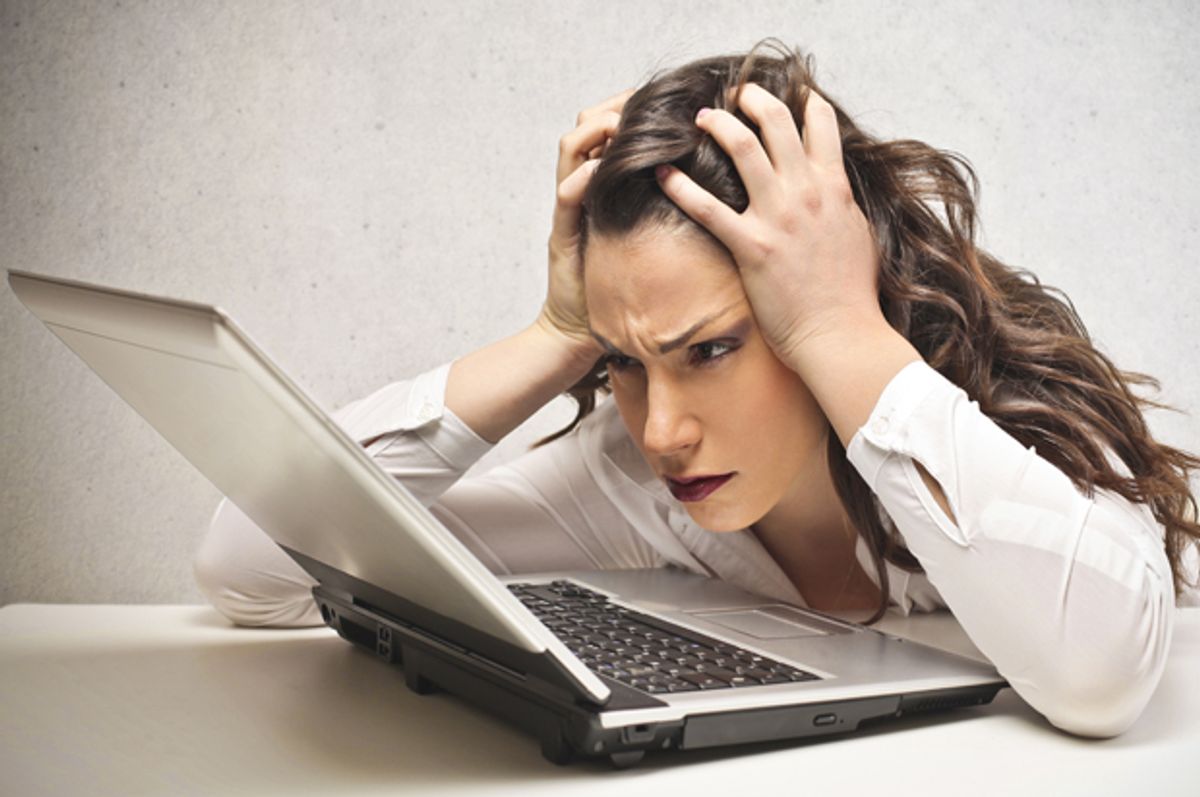 In a hopeful gesture toward making the Internet a somewhat less depressing place, the news and community site Fark.com announced this week that it's "Adding misogyny to Fark moderator guidelines." Good luck, Fark. You're going to need it.

In his message to users, founder Drew Curtis explained, "Adam Savage once described to me the problem this way: if the Internet was a dude, we'd all agree that dude has a serious problem with women." And he added, sadly but truthfully, "This represents enough of a departure from pretty much how every other large internet community operates that I figure an announcement is necessary." Unacceptable behavior will include "rape jokes, calling women as a group 'whores' or 'sluts' or similar demeaning terminology, [and] jokes suggesting that a woman who suffered a crime was somehow asking for it." Doesn't seem like too much to ask for from one's online terrain, does it? But it says plenty about the day-to-day hatred and hostility that women endure online that a site that's been around for 15 years is only now addressing misogyny – and that tackling it at all is indeed a "departure." And, of course, it has also spawned plenty of evidence of why we still need to talk about the misogyny problem.

The Washington Post, calling the move "a sweeping, and controversial, statement on Internet culture," points out that the announcement has already been met with plenty of inevitable complaining on Fark about censorship, special treatment and Orwellian scenarios. Writing in the Telegraph, Dr. Brooke Magnanti meanwhile asked whether Fark was conflating sexism with true misogyny, and fretted that "I am forced to ask, will women who make terrible comments about other women be pulled up for misogyny under the new policy? Or just men?" Considering that users don't even have to identify their genders, and that the  policy seems to clearly understand that it's about behavior and not the sex of the person posting, why is anybody "forced to ask" what seems pretty obvious? And one of the popular responses on Fark itself was the question "What about man-on-man prison rape jokes. Those are still cool, right?" because, what about the men, right? The answer, by the way, was "Rape jokes in general are out now."

Let's look at the world we live in online right now. Headlines just this week suggest that Facebook still doesn't seem to have its act together regarding its rape culture problem. Earlier this month, the Guardian published a candid essay on "the online abuse that follows any article on women’s issues," and its moderators' frustrations in dealing with it, while Jezebel went public with its own problems of users posting violent rape gifs in the comments. And Reddit's been known to be downright encouraging of its misogynist trolls. That's why this is not about satire, or freedom of speech, or even a little sexist joshing around. It's about the violent, intimidating and disturbing stuff that women deal with on a regular basis online, just for being women.

So will Fark's gambit actually work, especially on a site that's overwhelmingly male? The moderators are definitely going to have their hands full. But you know how you don't change the world? You know how you don't make it a less horrible place for half of human existence? By saying, meh, that's just Internet culture, and not digging in and trying to change the tone. I do not envy the Fark moderators for one moment. But as Australian Army chief Lt. Gen. David Morrison said last year when addressing military sexual abuse, "The standard you walk past is the standard you accept." You can't just shrug and say it's impossible or that it's an infringement on some jackass's right to be terrible. And it's a hopeful sign that plenty of Fark commenters have expressed their support for the move. Now, as one asks, "If you guys can actually do something about some of the seriously rampant racists around on Fark, that'd be great."