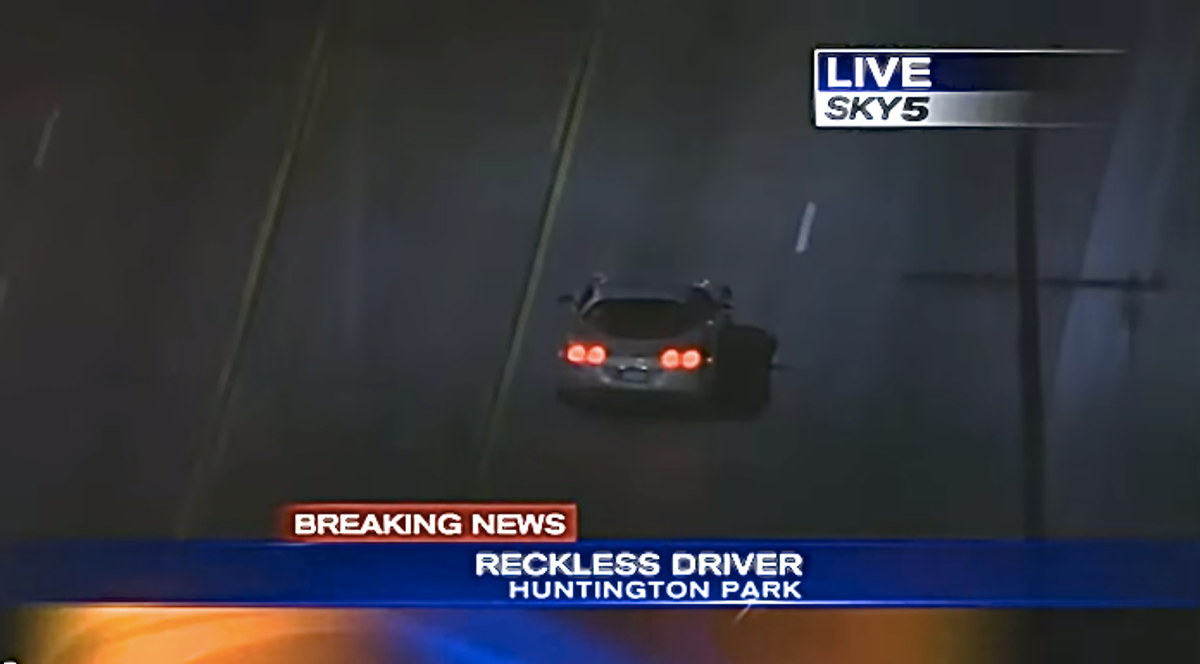 News footage from the pursuit that led to Brian Beaird's death. (Sky 5)
--

In a 12-2 vote, the Los Angeles City Council agreed to payoff a $5 million settlement to the family of Brian Beaird, a disabled, unarmed National Guard veteran killed on live TV last December. The settlement represents the largest payment the city has made in a fatal police shooting case in nearly a decade.

“This is a case that clearly had significant potential liability far beyond what the settlement offer was,” said City Councilman Bernard Parks, a former LAPD chief. “It was a good business decision when you have a loss of life and you have evidence that could be viewed as overwhelming against the city of L.A.”

Bill Beaird, the driver's father, who has lung cancer, says he settled because didn’t want the litigation to drag on beyond his death.

“They do not make enough money in L.A. to make me happy. They shot my son in cold blood,” Beaird, 81, said. “I would not trade my son’s life for every nickel in L.A. He means that much to me. I could not believe what I saw.”

On the night of Dec 13, 2013, Brian Beaird, 51, led police on a high-speed chase through southeast and downtown L.A., swerving through freeways and surface streets. The chase ended when Beaird slammed his Corvette into a Nissan crossing the intersection at Olympic Boulevard and Los Angeles Street. Upon crashing, Beaird exited the vehicle, putting his hands up at one point with his back to the officers who had their guns drawn. Then he was shot dead.

The whole incident was captured on live television.

Beaird served in the National Guard for several years, being discharged in 1988, according to his father after undergoing surgery for a brain tumor. As a disabled veteran, Beaird reportedly needed regular medical care.

“Given the totality of the circumstances, the officers’ actions were reasonable and it was reasonable to believe he had a weapon,” Councilman Englander said, justifying his vote. “This is a man who evaded three police agencies.... It appears clear from the video he continues to try and evade the officers even after the crash.”

Both officers involved in the shooting were placed on paid leave since shortly after the shooting.