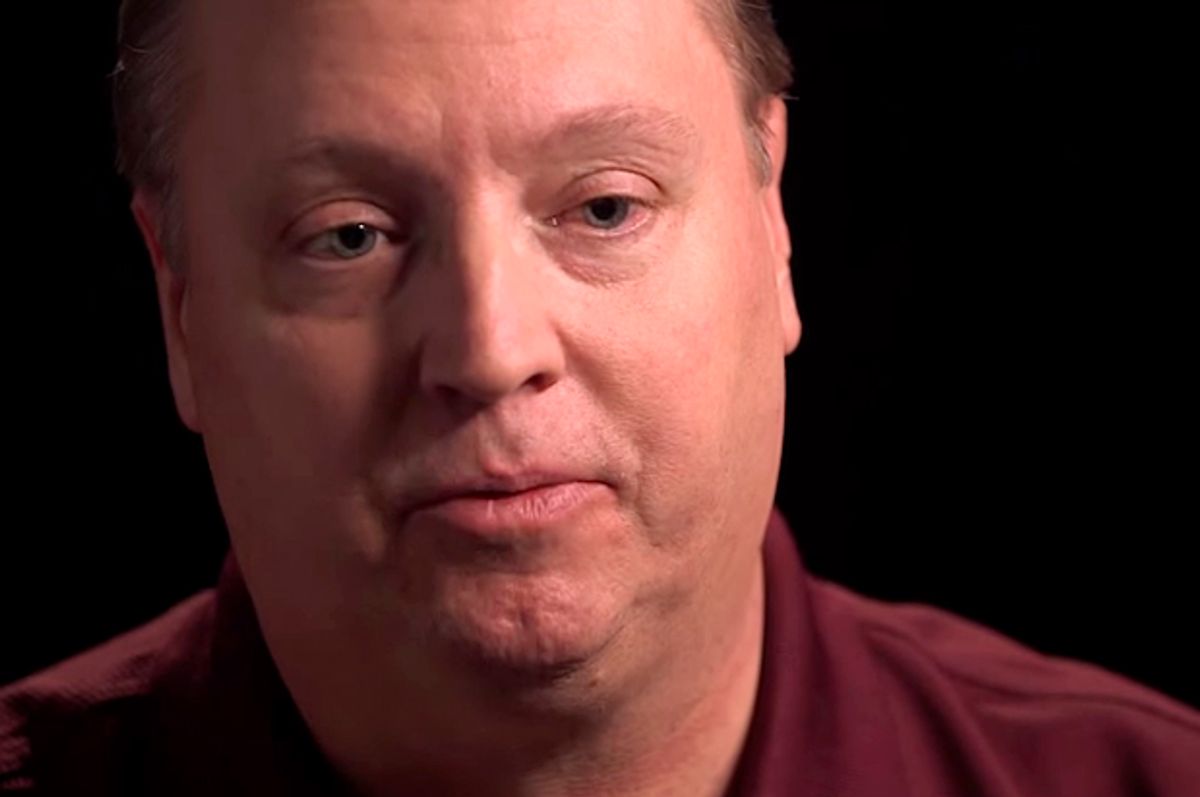 A Republican congressional candidate from Minnesota is in hot water after it was revealed on Friday that he has published a string of offensive blog posts online, including one that identified certain female senators as ""undeserving bimbos in tennis shoes."

Last Tuesday, Hagedorn won the GOP primary race, and will move on to face off against Democratic incumbent Tim Walz. The Republican nominee is the son of retired congressman Tom Hagedorn.

According to Mother Jones, many of Hagedorn’s ramblings were written during his stint as a Treasury Department official.

In 2009, Hagedorn ran for congressman Walz’s seat, losing in the Republican primary. To make way for the campaign, Hagedorn deleted a number of his writings.

Still, many of Hagedorn’s ramblings survived, both in Internet archives and screenshots originally captured by the Minnesota Independent.

Mother Jones has a compiled a selection of greatest hits:

"Turns out half-aunt Zeituni is an illegal alien from Kenya who has illegally contributed money to her half-nephew's campaign, which should make Americans half-pi$$ed," he wrote in a typical missive during the 2008 election cycle. "The migration from Barack Obama's second country to the United States during the next four years is going to look like a low-budget remake of Eddie Murphy's hit comedy 'Coming to America.'"

Hagedorn also reveled in the type of gay innuendo you may have heard in high school courtyards in decades past. (Kids these days know better.) He referred to former Wisconsin Sen. Herb Kohl as an "alleged switch-hitter" and a "packer." Former GOP candidate Mike Taylor, the target of a homophobic attack ad during his campaign against then-Sen. Max Baucus, came out even worse: "[T]he ad really bent Taylor over with rage and caused him to go straight to the bar and get lubricated," Hagedorn wrote. "It must have taken all Taylor's power to refrain from fisting…err…using his fists on Max Baucus, or at the very least ream him inside and out."

Lest anyone challenge his bona fides, Hagedorn wanted to make abundantly clear he was a straight white male. "Senator McCain's campaign was all but flat lined before he brought the feisty Caribou Barbie into our living rooms," he wrote in 2008. "Which reminds me, on behalf of all red-blooded American men: THANK YOU SENATOR McCAIN, SARAH'S HOT!"

Not all female politicians were viewed as favorably. In a 2002 post, Hagedorn referred to Washington Democratic Sens. Maria Cantwell and Patty Murray as "undeserving bimbos in tennis shoes." Former Bush White House counsel Harriet Miers, he wrote in 2005, had been nominated "to fill the bra of Supreme Court Justice Sandra Day O'Connor."

For more head to Bluestem Prairie and Mother Jones.