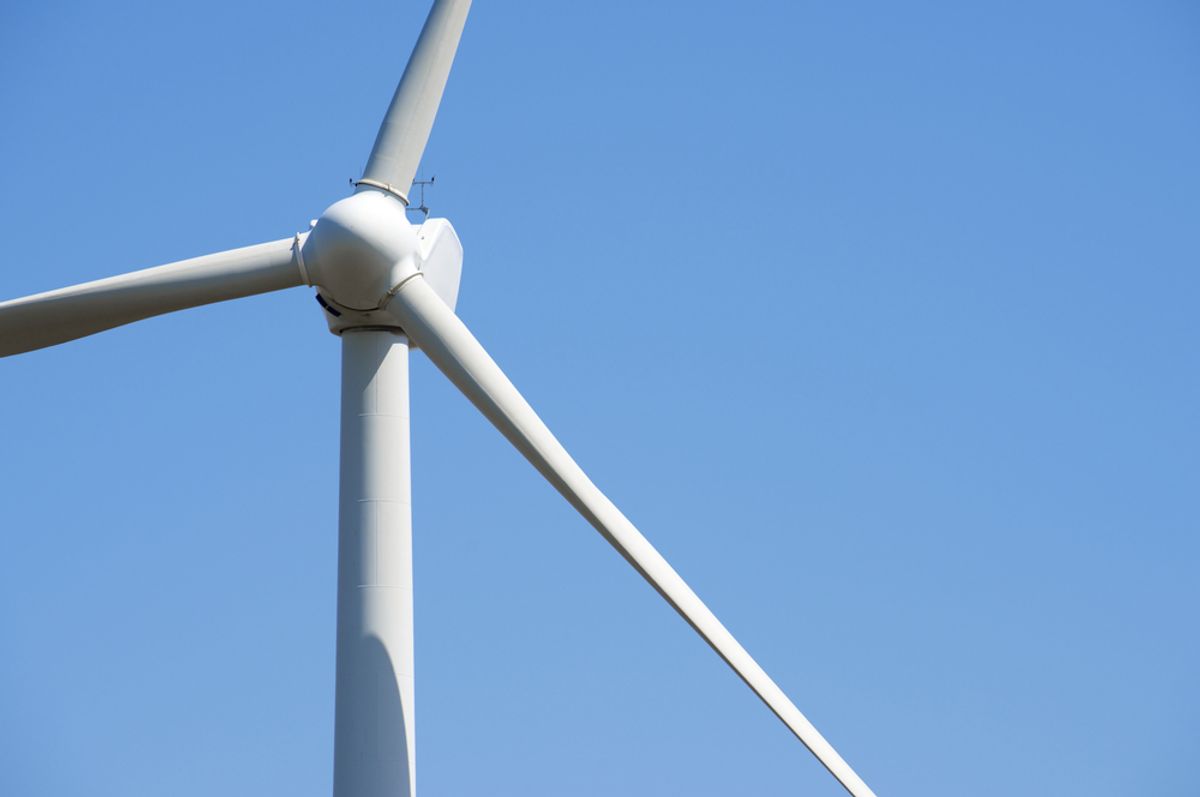 Pro tip for the anti-wind energy crowd: it's time to stop trying to make "wind turbine syndrome" happen. Since 1998, 49 lawsuits in five countries have alleged that the clean energy source is making people sick. But according to new research published by the Energy and Policy Institute, the courts have shut those claims down in all cases but one.

What it means, more or less, is that "there isn’t sufficient evidence to prove that wind turbines cause any problems with human health,” Gabe Elsner, the group’s executive director, told Climate Central. “That’s a big deal, because claims about that are used across the globe by anti-wind advocates to try to slow the development of wind farms.”

The name "wind turbine syndrome" was coined by Nina Pierpont, a pediatrician who also happens to be an anti-wind activist; her research, says Mike Barnard, the study's lead researcher, is "deeply flawed." In fact, Barnard says, that's basically the case across the board. "In all," he explains in a post on his findings for Clean Technica, "the legal cases showed that sixteen different individuals from around the world have declared themselves as experts on wind farm negative impacts and been summarily dismissed or had their evidence dismissed outright."

There do seem to people -- even pro-wind power people -- whose wind turbine-inspired syndrome, regardless of its legitimacy, is causing them a real amount of grief. Last year, New York Magazine spoke with sufferers who described headaches, insomnia and, in the case of Scottish Buddhist monks, a 70 percent reduction in ability to meditate. But a review of 60 peer-reviewed articles published earlier this summer in the journal Frontiers of Public Health found only that audible noise from turbines can be annoying to some people -- electromagnetic fields, low-frequency noise, infrasound and "shadow flicker" all were deemed unlikely to be affecting human health. That annoyance, they suggested, could be manifesting as symptoms, or it could just be a classic case of the nocebo effect: the phenomenon by which a harmless substance causes harmful symptoms.

On the other hand, there are people like Donald Trump, who make no secret of their anti-wind opprobrium and will grab at any excuse available to oppose wind projects; in his case, because he thinks they spoil the view at his Scotland golf course. Trump made that clear, embarrassing himself in the process, when he tweeted a satirical infographic ("#FACTS #health") meant to highlight the wide, wide range of symptoms, from "vibrating lips" to "wall-staring," that have been anecdotally attributed to wind turbines. The point it was trying to make is that the evidence just isn't compelling enough to drive an anti-wind crusade.

As for the one case where a court sided with the syndrome? Here's Barnard:

It’s a case from 2013 from Falmouth Massachusetts. In 2010, Falmouth erected two wind turbines on its municipal waste water treatment plant beside a divided highway. The turbines are a bit noisier than usual and the closest homes are a bit closer than average, so they are more audible more of the time than other wind farms. The evidence shows that they are likely within World Health Organization guidelines for environmental noise. Because of complaints about noise, Falmouth had already shut down the turbines every night for eight hours. This wasn’t good enough for Neil and Elizabeth Andersen, who sued to have them shut down permanently or at least more of the time. They submitted health records showing that their health had deteriorated since 2010, which the judge accepted. What the judge doesn’t appear to have seen was any evidence related to health except the medical records; the decision shows no expert witnesses called at all. And he likely didn’t know that Neil Andersen was interviewed at length by Dr. Nina Pierpont in 2011, undoubtedly creating expectations of illness as she has done time and again. Despite the weakness of the evidence, the judge required the turbines to be shut down for 12 hours daily.

When Dr. Pierpont attempts to appear in court as an expert witness, she is rejected outright along with her 294-page vanity press book, as happened in a tribunal related to the Adelaide wind farm in Ontario.

No source of energy is perfect. Oil spills and explodes, and smog-producing coal is a major public health risk -- and that's before we even start talking about their contribution to climate change. Nuclear power plants have Chernobyl and Fukushima to live down. And while the courts haven't done much to boost our growing understanding of the health risks of fracking, one landmark case awarded $3 million in damages to a sickened family. Wind turbines kill birds (as do certain solar plants), make noise and, according to some, are a blight on the landscape. But compared to all that, they're a much lesser evil -- and attempts to turn them into more, so far, are failing to stop the growth of Big Wind.