It's the strongest to hit the region in 25 years 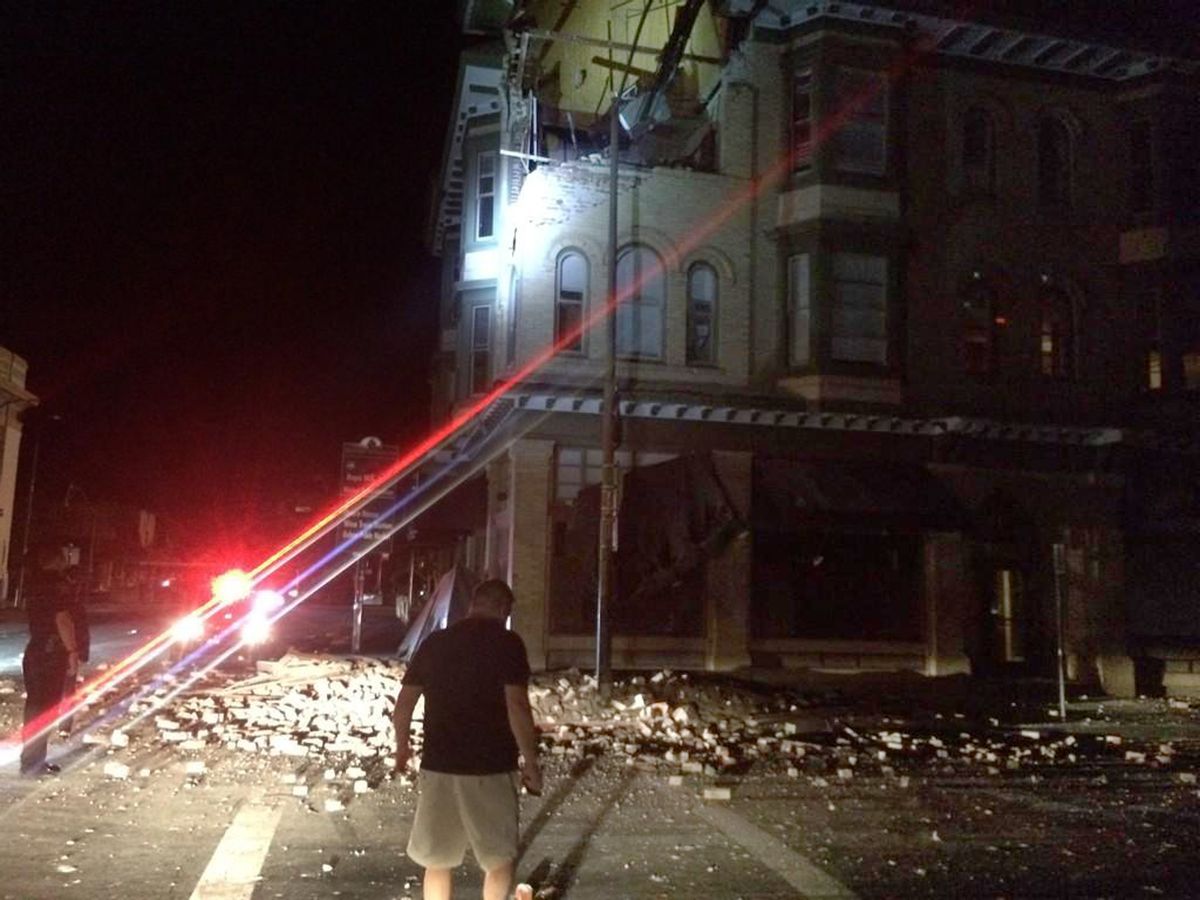 According to the U.S. Geological Survey, the quake struck at a depth of 6.7 miles, three miles northwest of American Canyon, six miles southwest of Napa, and nine miles southeast of Sonoma. The USGS estimates that around 1 million people experienced shaking, from severe to moderate, around Northern California .

Napa Fire Capt. Steve Becker told the SFGate that there are "numerous" injuries across Napa but that details are not yet available. Thousands are reportedly without power and running water. A fire at Napa's mobile home park has destroyed at least three homes. SFGate also reports that a highway off-ramp has buckled and has been shut down for damage assessment.

The scenes, from downtown Napa and surrounding areas, illustrate the extent of the damage:

Unfortunately, local residents will have to brace themselves for aftershocks, says the USGS, which predicts between 30-70 minor aftershocks and a 54 percent chance of a magnitude 5.0 or higher quake the Napa area within the coming week.

According to USGS Scientist David Oppenheimer, the quake could have been caused by The Franklin Fault, which has been dormant for 1.6 million years.