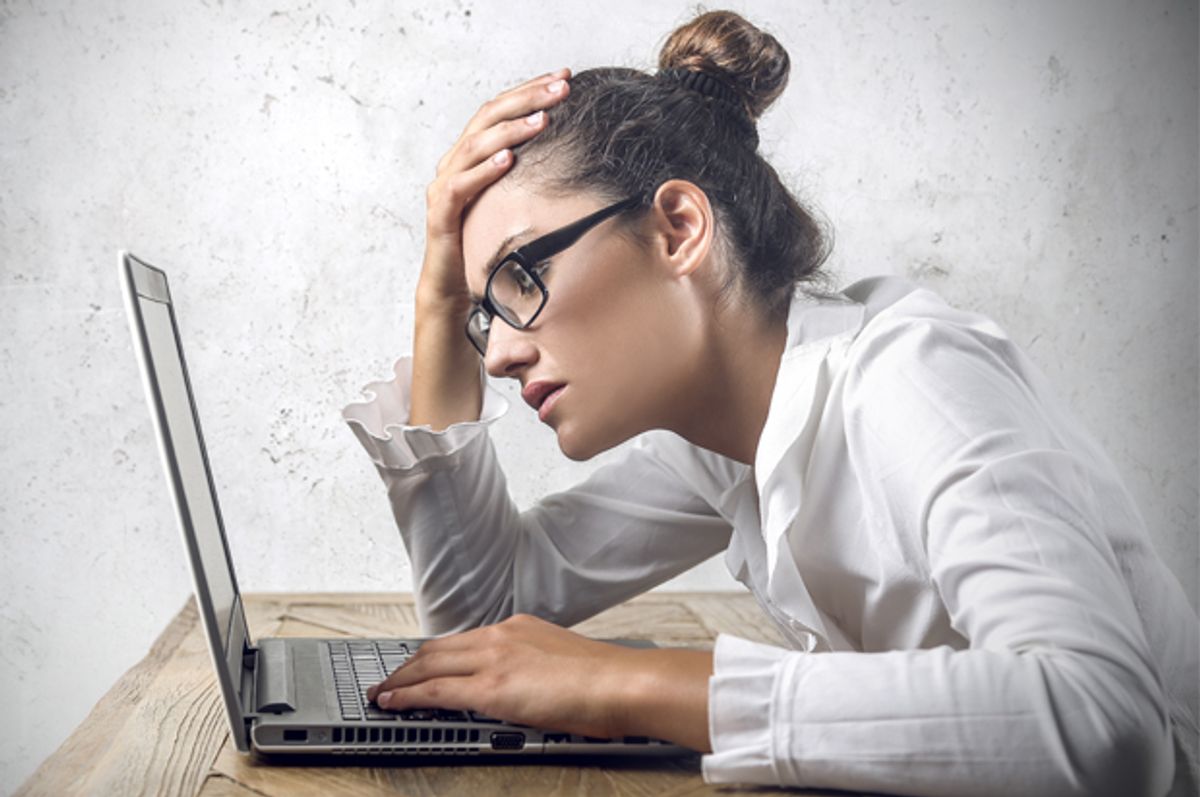 Is the personal computer to blame for the mysterious decline in female participation in the computing industry? Tom Geller takes a new stab at this enduringly interesting (and distressing) conundrum in the Communications of the ACM.

The central quandary is this: In the early 1980s, women earned around 35 percent of all computing science degrees. Today, that number hovers around 18 percent. The paltry representation in comp sci departments is also reflected in the ludicrous lack of diversity in the biggest tech companies. But in almost every other field, with the noteworthy exclusion of high finance, women made extraordinary advances over the last 30 years. So why have they gone backwards in tech?

Valerie Barr, chair of ACM's Council on Women in Computing (ACM-W), believes the retreat was caused partly by the growth of personal computers. "The students who graduated in 1984 were the last group to start college before there was personal computing. So if you were interested in bioinformatics, or computational economics, or quantitative anthropology, you really needed to be part of the computer science world. After personal computers, that wasn't true any more."

There's some confusion here -- it's not entirely clear whether Geller and Barr are arguing that the personal computer allowed women to go into bioinformatics or quantitative anthropology without having to get a computer science degree, or whether computer science departments became so focused on programing and hardware that they left no room for anything else. Or maybe the answer is a little bit of both. It certainly doesn't take much of a leap of faith to agree with Barbara Ericson, a senior research scientist at the Georgia Institute of Technology, when she says that "Boys fall in love with computers as machines; girls see them as tools to do something else."

But there's another piece here worth considering. Prior to the advent of the PC, computer science was the domain of the geek and the nerd: people who fell in love with the field because it was an interesting domain of scientific inquiry. Before the 1980s, it certainly wasn't the preferred pathway to vast riches.

The PC, and a decade later, the Internet, changed all that. Silicon Valley became a destination not just for the engineering-minded, but also for the profit-seeking. People motivated by money are different than people motivated by science. It's always dangerous to venture too far into the minefields of gender-based determination, but it seems at least possible that the arrival of a generation of testosterone-fueled, super-aggressive men who saw computers primarily as a way to get rich ended up creating a less welcoming atmosphere for women. Silicon Valley became more sexist because it became more about money and power, and less about actually doing something interesting and useful.

This is a tricky argument, because you could circle around and make the case that it's also sexist to argue that women aren't as interested in money and power as men. But if we're trying to figure out what changed in the 1980s and beyond to explain the declining percentage of women in computer science, the possibility that computer science departments started getting dominated by assholes instead of geeks is at least provocative.