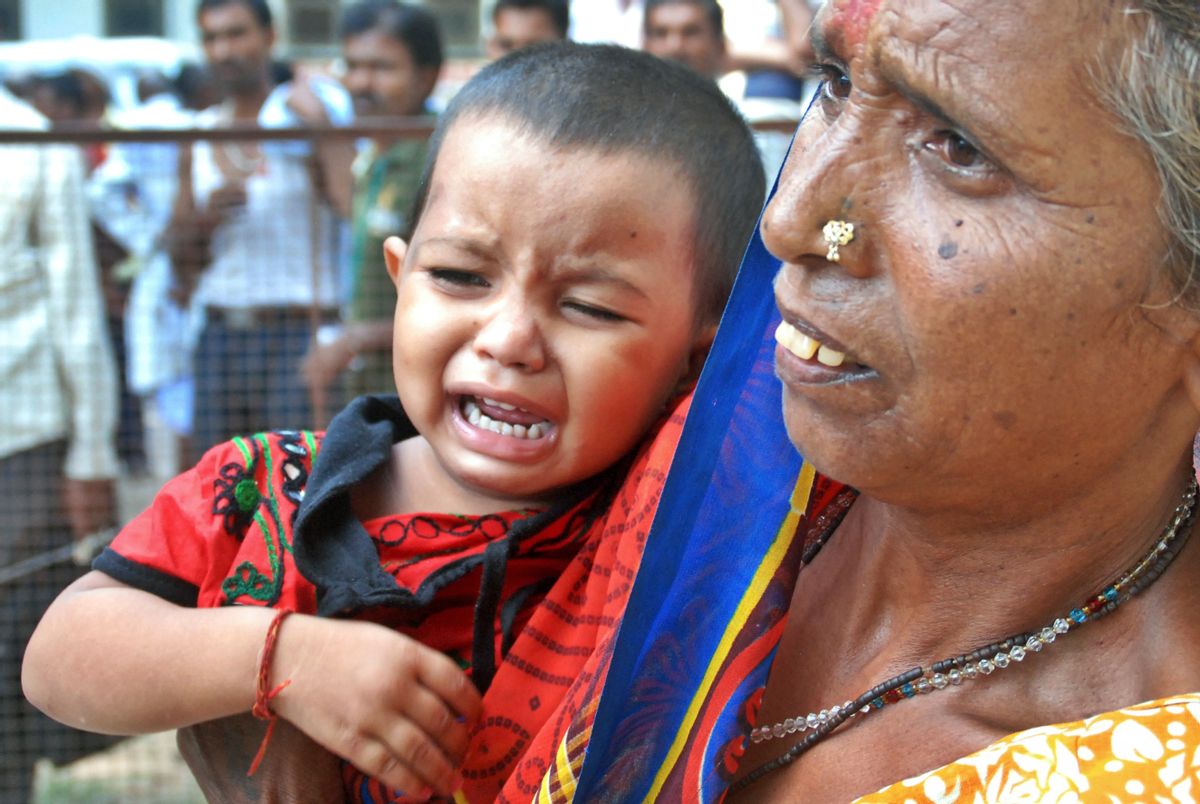 A woman holds a crying child as relatives of victims gather at the spot of a stampede at the Kamta Nath Hindu temple in Chitrakoot, India, Monday, Aug. 25, 2014. A pre-dawn stampede killed 10 people Monday as tens of thousands of Hindus were worshipping in an annual procession marking the holy day of Somvati Amavasya. (AP Photo/Amar Deep) (Amar Deep)
--

NEW DELHI (AP) — A pre-dawn stampede killed 10 people Monday as tens of thousands of Hindus were worshipping in an annual procession in central India, police said.

Some 50,000 devotees had been marking the holy day of Somvati Amavasya by walking or lying down and rolling for 5 kilometers (3 miles) in a wide circle around the spot where the Hindu god Ram is believed to have spent time during his 14 years in exile.

During the procession, a live electrical wire shocked one woman and set off a panic, triggering the stampede, local deputy police superintendent S.R. Yadav said. A large number of temples are located along the path in Satna district of Madhya Pradesh state.

Aside from the 10 people killed, another 12 were being treated at a hospital for injuries, Yadav said from district police headquarters. Information from the site 80 kilometers (50 miles) away was still trickling in, he said.

The religious procession has meanwhile resumed.

In October 2013, another stampede in Madhya Pradesh state killed more than 110 people, mostly women and children.