The VMAs' 4 most awkward attempts to be socially conscious 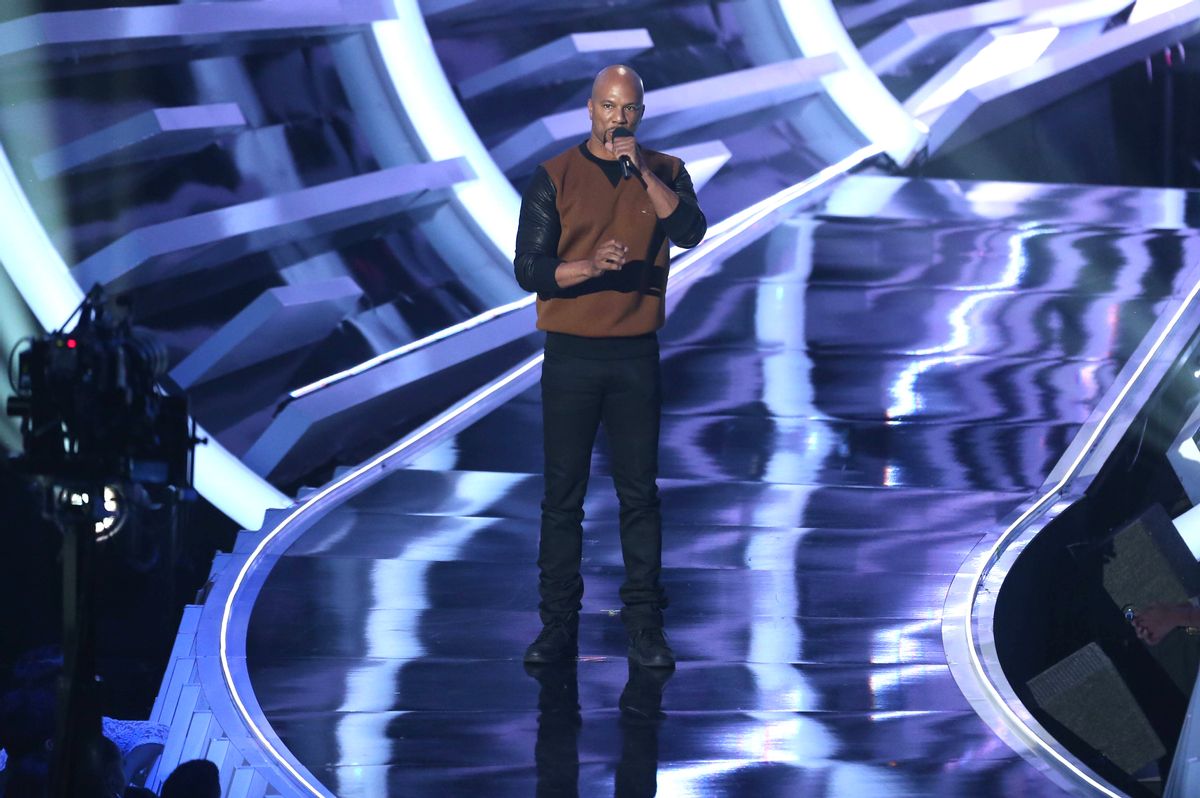 Sure, there was a wardrobe malfunction and some weird jokes, but the VMAs on Sunday night were a surprisingly subdued affair that exuded feminism and drew attention to social issues. For all of its great intentions, though, the goodwill of the VMAs was overshadowed by awkwardness (maybe tributes just aren't MTV's thing?). The presenters at the awards ceremony made an earnest effort to focus on greater issues, but here are the four times they fell a little flat:

The incredibly short "moment of silence" for Michael Brown

Yay to Common for stepping forward to make a tribute to Michael Brown, whose funeral takes place on Monday morning. But if you're going to ask for a moment of silence, maybe dedicate more than, say, two seconds to it?

The Kardashians texting during that very short moment

Then again, maybe two seconds is too long when you're an A-Lister like Kim K $ Ko. But hey, maybe they're reading up about Ferguson, who knows!

Miley used her platform/win to raise awareness for the homeless

A year ago, this woman was using her celebrity to grind up on Robin Thicke. This year, she won best video and used the slot to raise awareness for the homeless. Which, wow:

But come on, some cynicism is probably deserved:

You know, it's still a nice thing to do, though. A homeless runaway, Jesse, accepted Miley's award for her. Go Jesse! (Miley was totally awkward, though).

Robin Williams will get a proper due at the Emmys on Monday night (we hope), but MTV wanted to put together a little "in memoriam" compilation for the actor, too. That sounds like a great idea, except what they put together was a mere 23-second clip that played with no introduction, as if someone finished it minutes before and added it the program in haste. Not cool.