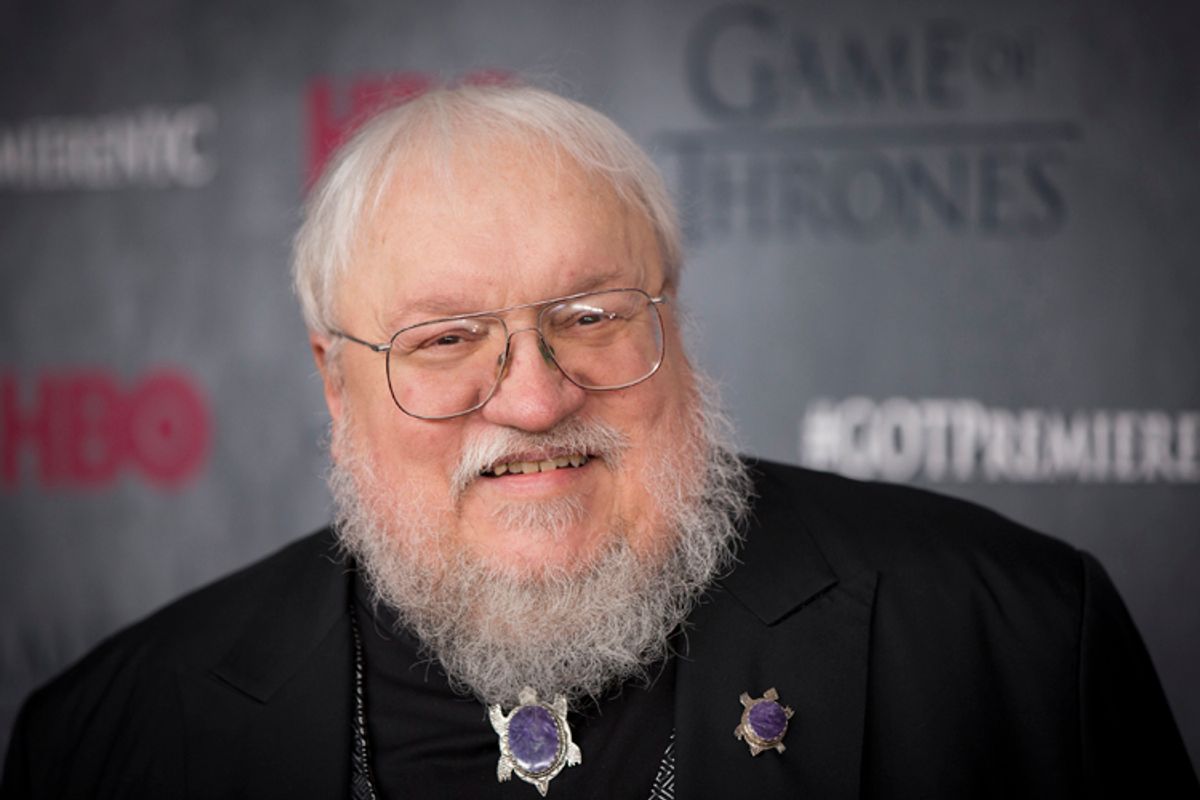 "God help us all, but 'winter is coming,'" author George R.R. Martin declared, quoting a famous line from his "Game of Thrones" series. He was not talking about the series, though -- confirming plot twists, blogging about HBO's adaptation, or even discussing the DOS machine he uses to write.

Martin was nominated by three people -- including fellow author Neil Gaiman -- for the ALS Ice Bucket Challenge, and he accepted.

In the video below, the author stands, precariously perched, at the edge of a swimming pool, flanked by two women holding full buckets. When doused with ice cold water, Martin shrieks and lunges forward to avoid the cold.

The author is just one of many celebrities, politicians and regular folk to take the viral challenge. The ALS Ice Bucket Challenge, no matter your particular view of the philanthropy craze, has raised nearly $80 million in donations. Martin reminds viewers of the donation aspect, directing viewers to ALSA.org.