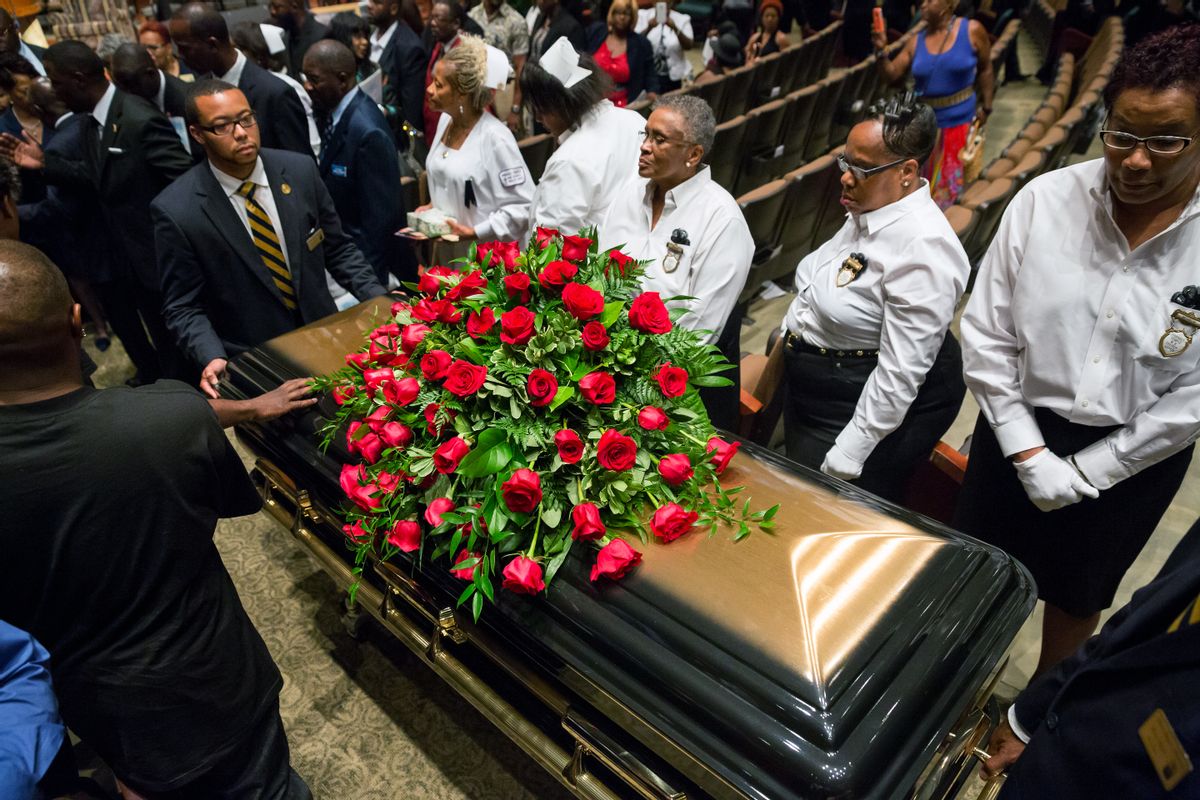 A casket containing the body of Michael Brown is wheeled out Monday, Aug. 25, 2014, at Friendly Temple Missionary Baptist Church in St. Louis. Hundreds of people gathered to say goodbye to Brown, who was shot and killed by a Ferguson, Mo., police officer on Aug. 9. (AP Photo/New York Times, Richard Perry, Pool) (AP)
--

AP journalist Mstyslav Chernov witnesses convoys of military weaponry coming from the direction of Russia and passing through a rebel-held town in eastern Ukraine.

Speakers at Brown's emotional funeral service sought to consecrate his death as another in the long history of the civil rights movement, and implored blacks to change their protest chants into legislation and law.

3. WHY US NUCLEAR EXPERT IS CALLING FOR PLANT CLOSURE

Regulators are being urged to shut down California's last operating nuclear facility until they can determine whether the twin reactors can withstand powerful shaking from nearby earthquake faults.

Gen. Martin Dempsey, the Joint Chiefs chairman, says plans are in place to allow American forces to stay in Afghanistan beyond year's end if the contested presidential election drags on and a security agreement isn't signed soon.

But Napa County Supervisor Bill Dodd says 80 percent of the valley's 500 or so wineries were unaffected, and encourages tourists to visit.

Hotel surcharges are on the rise for items like in-room safes or even Internet service.

7. THE HOME OF THE WHOPPER COULD MOVE TO CANADA

Jim Parsons, the lovable geek on "The Big Bang Theory," receives his fourth Emmy Award for best actor in a comedy series.

A rare, nearly flawless copy of the Man of Steel's comic-book debut nets $3.2 billion in an online auction.

10. ANDY MURRAY ADVANCES AT THE US OPEN