It's a rerun as repeat winners reign at the Emmys. Is this the future of TV? 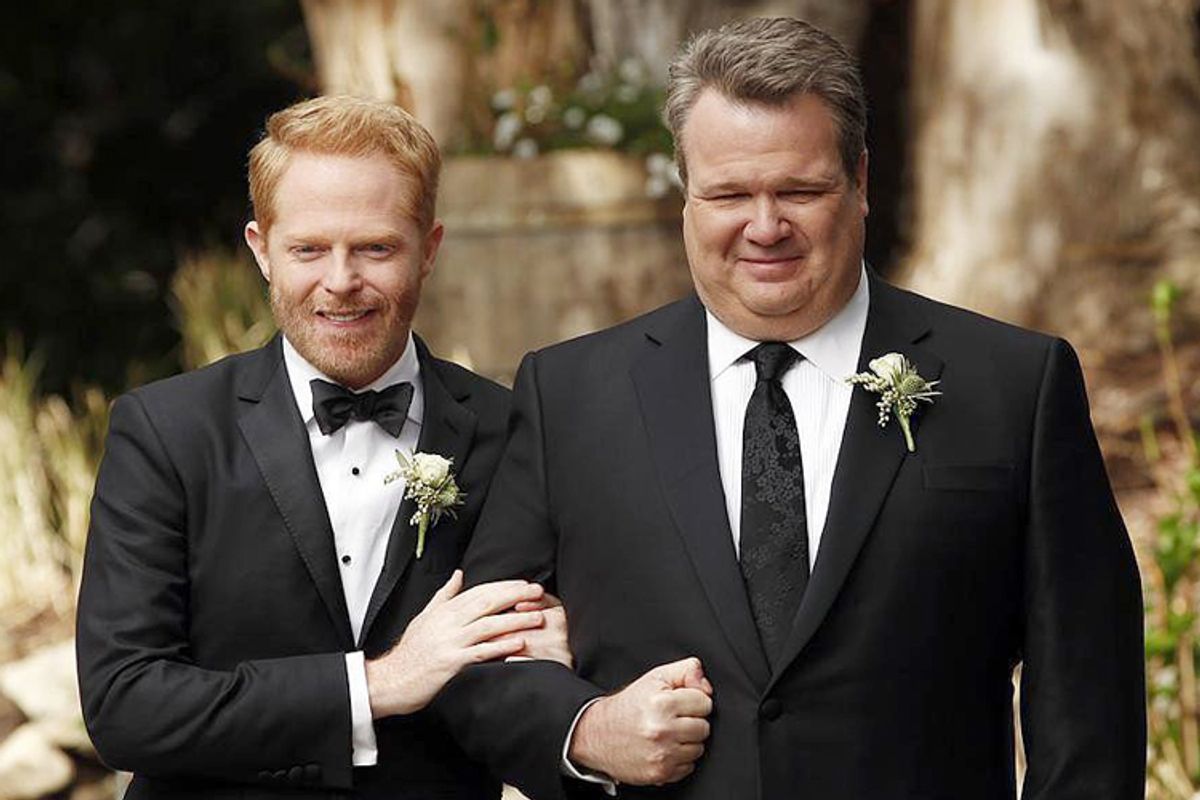 It was perfect, in a way, that the Emmy Awards last night took place in the final week of summer; they felt like a rerun.

"Breaking Bad" winning the best drama trophy for a second year in a row and its three principal actors picking up repeat wins was no shocker, but "Modern Family" getting a fifth consecutive best comedy prize felt like simple laziness. ABC's sitcom still draws good ratings, but it's been sour and unlikable for years now; it falls apart under scrutiny, because all of its central couples are so miserable that they just shouldn't be together. Worse still, giving it the prize by default ignores TV comedies that got viewers excited in the past year, most notable among them "Orange Is the New Black." There's no imperative for the Television Academy to make its decisions by any metric it doesn't want to, but what a missed opportunity to reward TV that has catalyzed impassioned discussion and whole new ways of watching -- or sharp, clever entertainments like "Louie" or "Veep." To the Emmys, the future of TV is a network sitcom best watched passively.

The whole show felt like a missed opportunity, with the early awards consistently going to past winners at the expense of anything new or exciting. Ty Burrell, of "Modern Family," beat Andre Braugher of "Brooklyn Nine-Nine"; Allison Janney of CBS's "Mom" won her sixth Emmy over Kate Mulgrew of "Orange Is the New Black"; Jim Parsons of "The Big Bang Theory" nabbed his fourth Emmy over an embarrassingly weak field. "The Amazing Race" won its 10th Emmy for best reality series. The wins that weren't repetitive were utterly random -- HBO's superlative "The Normal Heart," for instance, saw itself losing again and again (to an episode of PBS's "Sherlock") until it finally got the best movie prize.

Even with a slate of amazing winners, the show itself would have felt repetitive. Seth Meyers was largely absent from the proceedings, but when he was there, he leaned heavily on his "SNL" comrades, a group whose amiability began, years ago, to curdle into cool kids clubbiness. Someone needs to whisper to him that referencing "Tina and Amy" by first name isn't as impressive as he thinks it is; a bit with Andy Samberg, introducing Weird Al Yankovic, relied on our notion of the pair's friendship more than it did on jokes. It's no mistake, perhaps, that the strongest comic bit of the night was Meyers' teaming up with Billy Eichner, a talent who hasn't been badly overexposed by this point.

The night's best running bit, perhaps, was a series of references to Jon Hamm's perpetual winless status. The poor guy was in on the joke, too -- what other option does he have? Hamm ended up losing for the seventh time, this year to Bryan Cranston of "Breaking Bad" (winning for a fourth time). Though Hamm's loss stung, Cranston winning was to be expected, and not just because the Emmys love repeating themselves. But it had a fringe benefit, too. Cranston beat out Matthew McConaughey, whose placement in the best drama category rather than best miniseries was a cheat undertaken by HBO, who believed they could get more prestigious prizes for their miniseries "True Detective" if they submitted it in a different category. The category confusion was bad enough, but McConaughey's delivery, early in the evening, of a monologue about the folksy wisdom to which only Matthew McConaughey and his intimates have access, felt like a rerun, too, to the exhaustion he induced all Oscar season. Sometimes the Emmys' refusal to spread the wealth is not such a bad thing.