He's a wanted man in Oregon, his home state 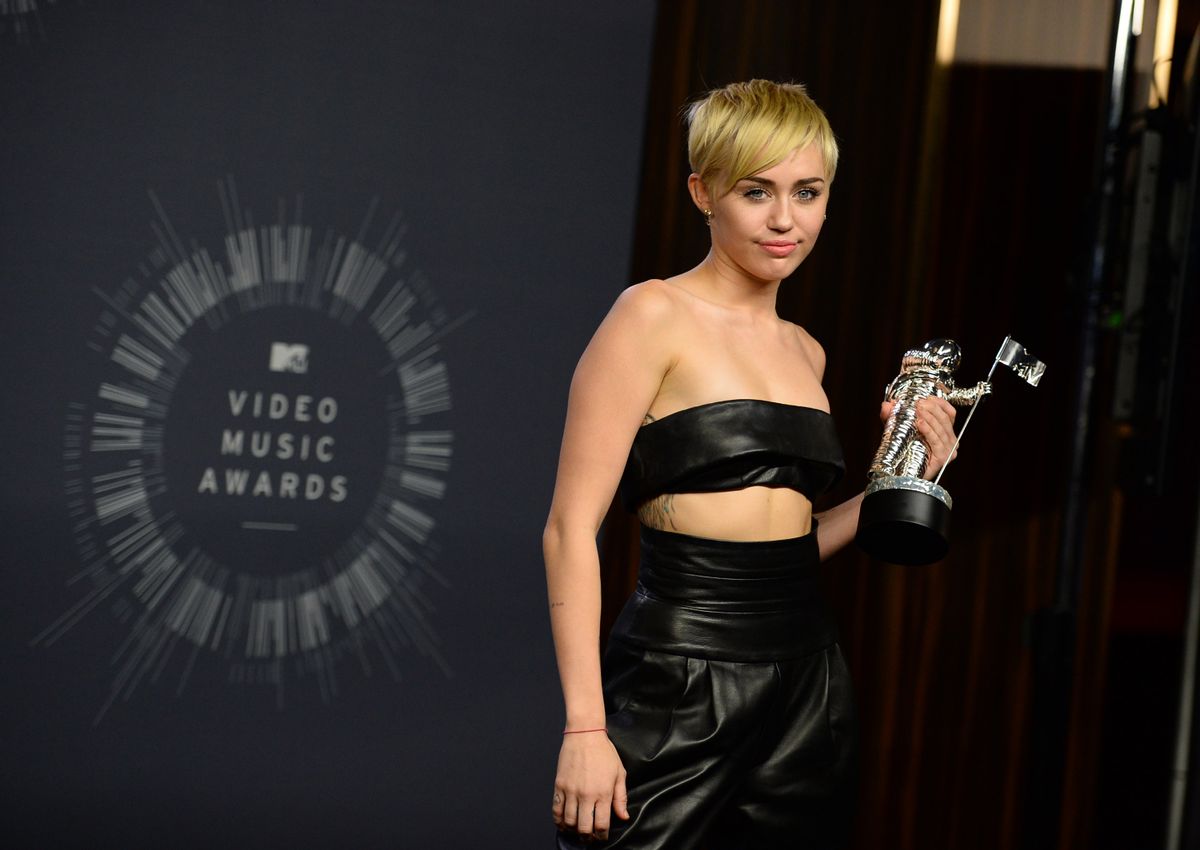 Though some may question her methods of auctioning a paid vacation to participants of her campaign, Miley Cyrus seems sincere with her intent to raise awareness and money for homeless youth. Two days after she sent a homeless 22-year old man, Jesse Helt, to accept her award for her at the MTV VMAs, it being reported that he's wanted by the police.

Helt, who at one point was apparently living "in a bush" in LA, is wanted by authorities in his home state of Oregon. He was arrested at age 18 for criminal mischief and criminal trespassing and was issued a warrant in 2011 after he violated probation by failing to take a drug test, failing to report to his probation officer, breaking curfew, and not completing community services. He later moved to L.A. to pursue a modeling career, but ended up homeless instead.

According to the Daily Mail, Cyrus bought Helt a ticket back to Oregon to visit his mother. She said of her son's departure, "He wanted to be in Los Angeles and he had opportunities and he took them, but you know, he's had his ups and downs like anybody else."

"It was his choice," she added, "he was always welcome, he could always come back any time. If he needed help, I'd help him, we help one another."

Cyrus first met Helt last Tuesday at Hollywood shelter My Friend's Place, which helps homeless youth.
Executive Director, Heather Carmichael told the Daily Mail that Cyrus "was brilliant, she was very available to everybody. We sat her down with a small group of people, about four or five young people, and that’s when Jesse was introduced to her."

"Everybody contributed, but Jesse did a brilliant job representing what many of the young people are confronted by here," Carmichael explained. "We trusted him to invite him into that conversation and he is a young person who is highly regarded in this community, a young man of strength."