Ben Stein: Michael Brown was armed with his "strong, scary self" 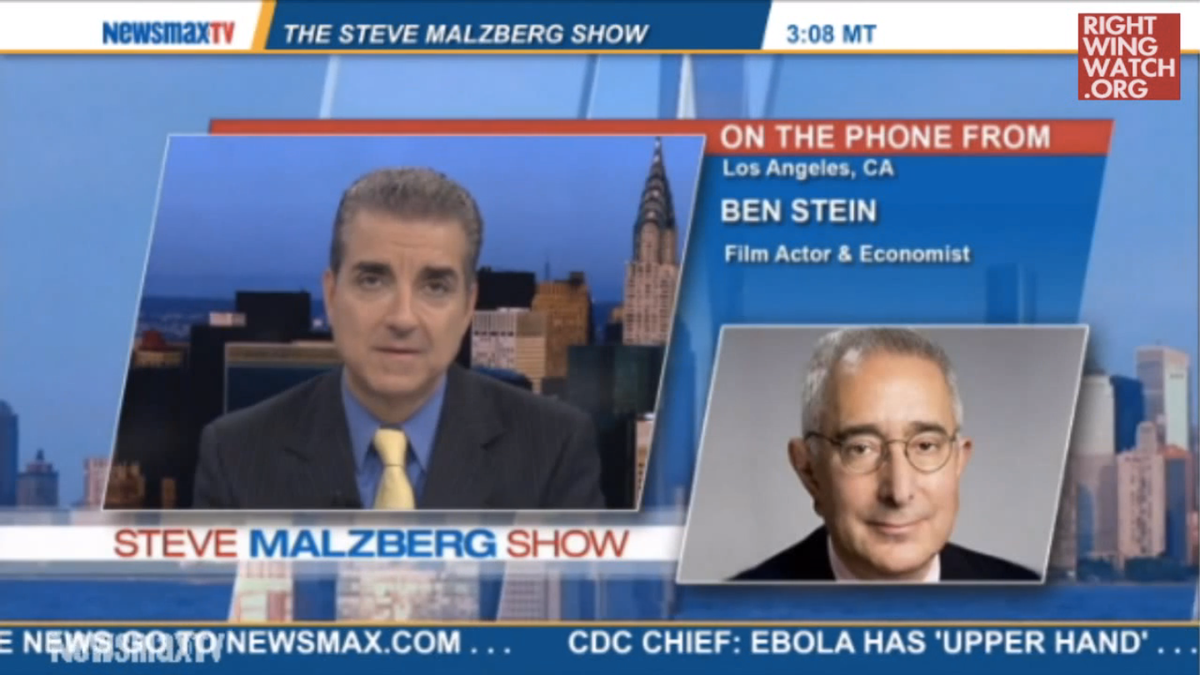 The famously monotonous conservative pundit Ben Stein appeared on Newsmax to offer up his opinion on the fatal shooting of unarmed black teenager Michael Brown in Ferguson, Mo. Notably, Stein took issue with the description of Brown as "unarmed."

"The idea of calling this poor young man unarmed when he was 6'4", 300 pounds, full of muscles, apparently, according to what I read in the New York Times, on marijuana. To call him unarmed is like calling Sonny Liston unarmed or Cassius Clay unarmed. He wasn't unarmed. He was armed with his incredibly strong, scary self."

And I am armed with my sweet, pale, slightly doughy self. And Stein is armed with his oafy, deteriorating self. Oh right, that's not what armed means.

Stein continued to note that Attorney General Eric Holder was not concerned with a fair trial. "It's a very sad state of affairs," he said. "I mean it used to be, there was a time... when lynchings of African Americans were not that incredibly rare. Now the lynchings are the police and it's just an outrage."

He finished off his appearance with a healthy dose of victim-blaming: "If they would just talk to the policeman in a reasonable way instead of attacking the policeman, nobody would be dead."