“ESPN regrets the manner in which we presented our report,” the network said in response to criticism 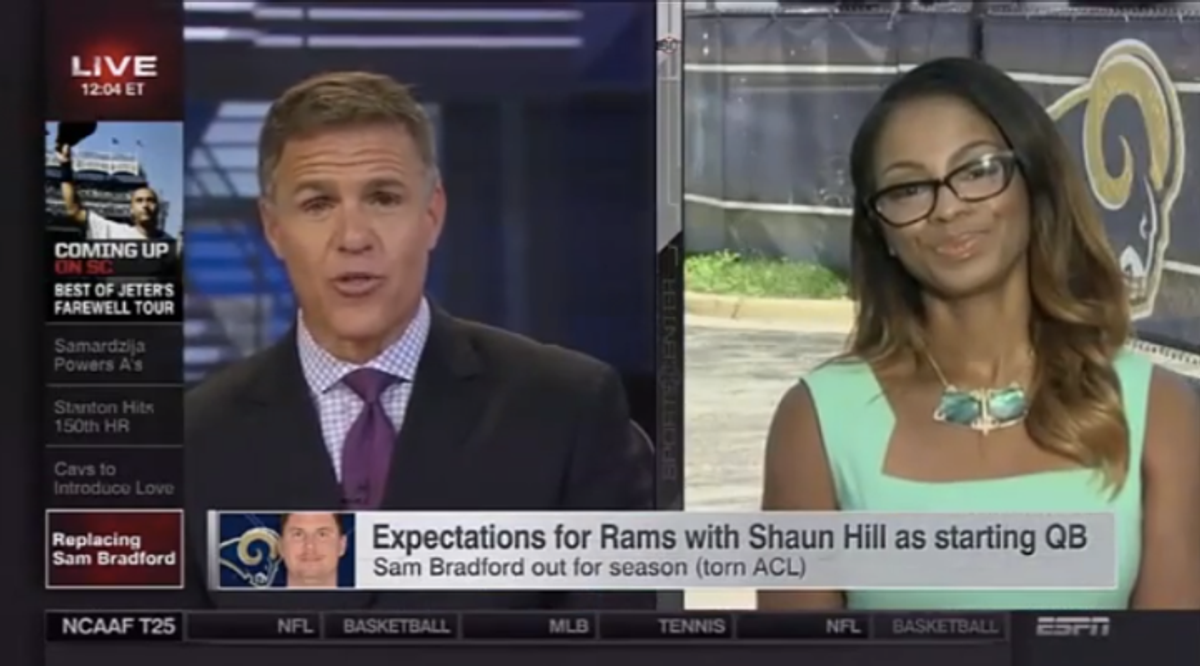 Yesterday, ESPN broke the very important news that Michael Sam, who could soon become the NFL's first openly gay player, takes showers. He may take showers alone, or he may take showers at the same time as other players, according to the very important news report. (He may also ride a bike when he is not taking showers, but sources couldn't confirm that.)

But on Wednesday, perhaps realizing that it had probably never reported on any other player's showering habits and that perhaps it was a little weird to do this for the league's first openly gay draftee, the network issued an apology.

“ESPN regrets the manner in which we presented our report,” the network said in a statement. “Clearly on Tuesday we collectively failed to meet the standards we have set in reporting on LGBT-related topics in sports.”