Here's why a "Full House" reboot is an insane idea

Creators of '90s sitcom are reportedly considering a remake. But "Full House" is a far cry from "Boy Meets World" 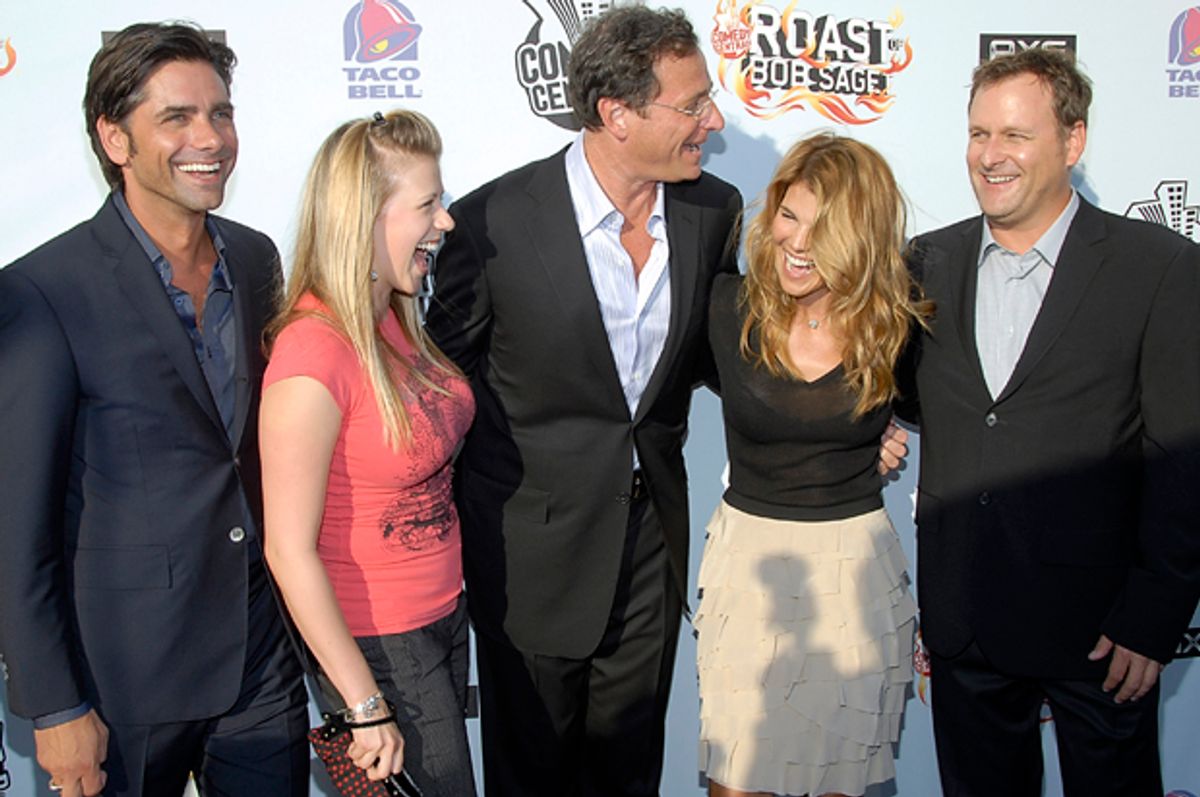 In the latest bid to jump on TGIF nostalgia, the creators of “Full House,” that beloved '90s sitcom currently living on in undead perpetuity through Nick at Nite, are considering a reboot.

The enthusiastic and sincere welcome that was given to the recent reboot of TGIF’s second generation juggernaut “Boy Meets World,” which reunited fans with childhood sweethearts Corey and Topanga all grown up and married parents themselves, makes a certain amount of sense. Viewers remember them fondly — they’re a memory of a sweeter, more innocent time in television and their fans’ lives — and were excited to see them grow up and live, for the most part, happily ever after. Corey and Topanga are still aspirational to their fans, and that makes a next-generation story line relevant.

“Full House” fandom is also rooted in nostalgia, but it’s the kind of nostalgia that’s so much better consumed in hindsight through ironic filters. The discovery that wholesome patriarch Bob Saget’s stand-up act was startlingly filthy was like finding out your friend’s dad works at a Hustler store part-time, the knowledge adding a layer of absurdity to every bit of fatherly wisdom he ever imparted. Speculation on the exact parentage of the Tanner Girls is a thing. Alanis Morrissette went down on Uncle Joey in a theater and told the whole world. The opening credits sequence has been remixed to make the show into a horror film and episodes have been recut to make the show into an existential tragedy. Hot Uncle Jesse sells yogurt.

Part of "Full House’s" retro appeal is its wacky premise, that two young bachelor uncles would take up an “it takes a village”-style communal living scheme in order to help their friend/brother-in-law raise his three little girls after his wife died way before the Bay Area real estate boom would have made it just the reasonable thing to do, rent-wise. You can’t repeat that premise without it feeling impossibly clichéd, and the predictable style of situation comedy that made “Full House” so popular in 1987 won’t play in a “Modern Family” network landscape. It’s hard to even imagine Dave Coulier knowing when to pause without the help of a laugh track.

But the main issue with a reboot is that the real story of how the Tanner girls grew up is better than any story line a traditional sitcom could dream of developing. DJ is an evangelical, Stephanie’s a recovering meth addict, and little Michelle(s) turned out to be the level of chic-famous that precludes even saying hello to Stephanie on the street, much less making a cameo in the reboot pilot. On second thought, I would watch that show.  But true TGIF fans might be better off with a “Family Matters” revival instead.