"Race is there and it is a constant. You're tired of hearing about it? Imagine how ... exhausting it is living it" 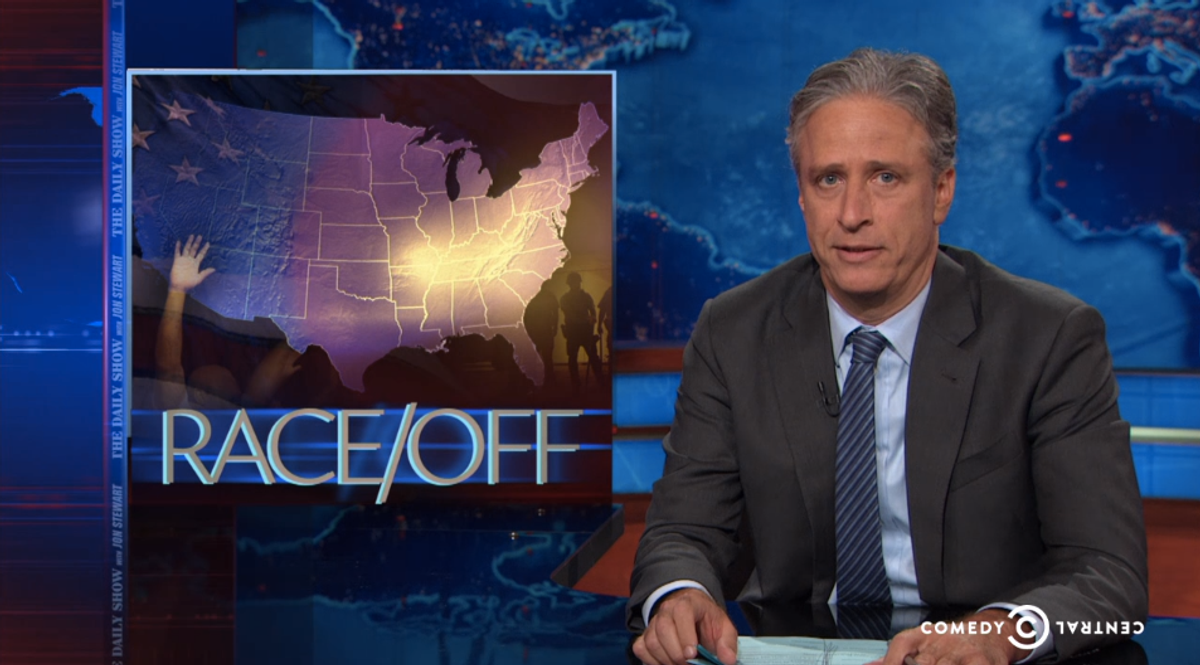 After a two-week hiatus, Jon Stewart has finally returned to give Fox News the takedown America has so desperately wanted. John Oliver helped us process the events in Ferguson, Missouri, by calling out America's police militarization and institutional racism, so Stewart instead focused on the racism of the media (namely, Fox News) during its coverage of the tragedy.

Unsurprisingly, the pundits don't understand why so many people are upset that the police shot and killed an unarmed black teen. "Do you not understand that life in this country is inherently different for white people and black people?" Stewart asked of Fox News' Sean Hannity, Bill O'Reilly and others.

"This isn't all just about one man killed in one town," he said. "It's about how people of color, no matter their socioeconomic standing, face obstacles in this country with surprising grace. Look at how you all get upset about certain things," he derided, playing footage of the so-called war on Christmas that dominates Fox every winter. "You were FURIOUS that America's 11-month-long celebration of Christmas wasn't enough!" Stewart cried.

"I guarantee you that every person of color in this country has faced an indignity, from the ridiculous, to the grotesque, to the sometimes fatal, at some point in their ... I'm gonna say last couple of hours, because of their skin color," he said, before making his final, sobering statement: "Race is there and it is a constant. You're tired of hearing about it? Imagine how fucking exhausting it is living it."