English band Adult Jazz talks to Salon about music, the Internet and their epic debut album, "Gist Is" 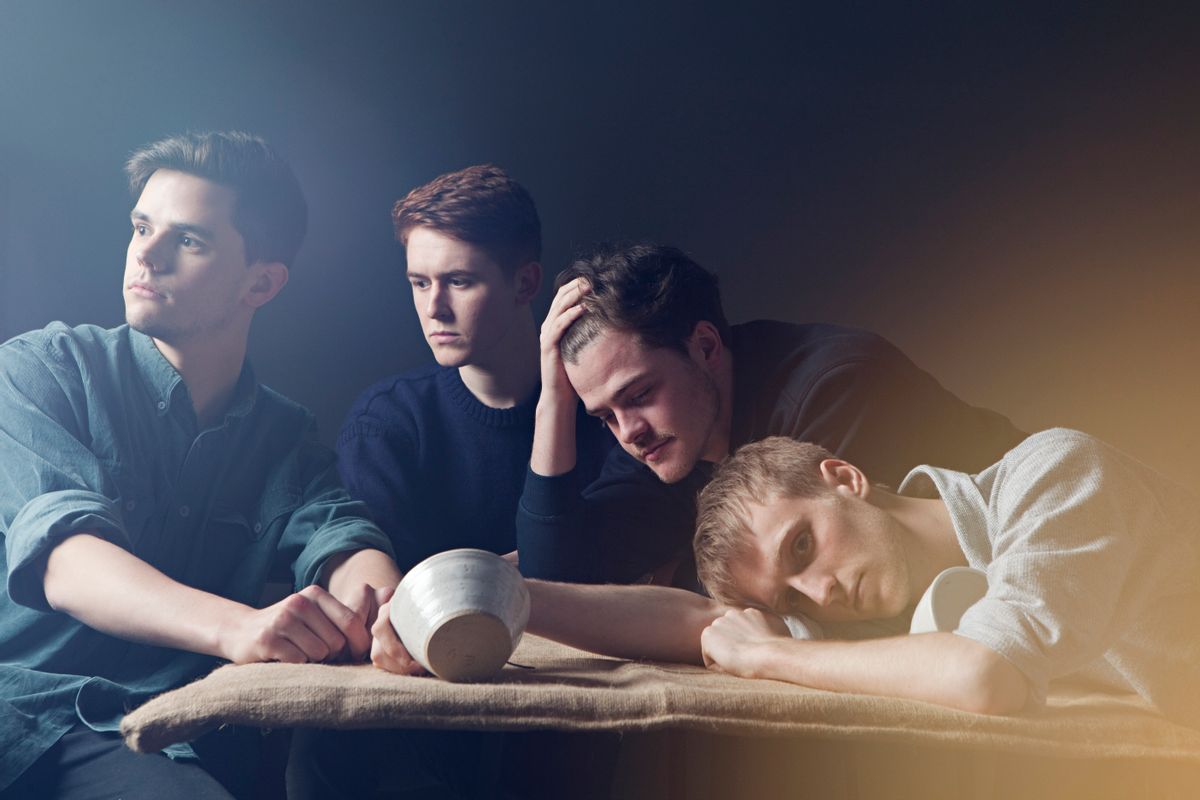 No singular sound defines the English band Adult Jazz. Their homeric tracks move through musical chapters, guided by singer Harry Burgess' lolling melodic voice. There are off-kilter beats reminiscent of Dirty Projectors, and hints of influence from the iconic English band Wild Beasts. However, these are just fleeting comparisons that can hardly encompass the nine sprawling songs that comprise Adult Jazz's debut album, "Gist Is," which came out on Aug. 4. There is only one song that falls below the five-minute mark.

The members of Adult Jazz never intended on musical fame, though they were always compelled to make music. The album, "Gist Is," was written over a period of three years, born from an instinctive need to create. Three members -- Harry Burgess, Tim Slater and Steven Wells -- began recording music while studying at Leeds University in England, adding member Tom Howe after performing several live shows. Burgess still has his day job as a teacher, and plans to balance teaching with the new demands of touring and performing.

Their album of uniquely composed songs has been well received, and they were given high marks by the reigning critics at Pitchfork. "Their sound is not revolutionary, but nonetheless wholly distinctive—and nowadays, this seems a hard bargain for any rock band to strike," Winston Cook-Wilson of Pitchfork wrote. "'Gist Is' is full of clever turns of musical and lyrical phrase which will dispel possible accusations of self-indulgence and pretension, and somehow, within just a few listens, it becomes easy to enjoy this unusually paced album of so few easy hooks, and so many seemingly insignificant words."

In a series of conversations via phone and email, Salon spoke with lead singer Harry Burgess about the band, the art of writing music, Walt Whitman and the role of the Internet in the music business today. Their song "Spook" can be heard below:

What is your method of composing these complex songs? Is it a collective process?

It is certainly collective. Usually I’ll start with a melodic motif, or a vague image of the scope of the song (what could be in it, an idea of the relationship between instruments or parts) and then we take this vague skeleton and then flesh it out together. There’s often some lyrical signposts early on too.

The record has taken a long time as well, so the songs have been allowed to be lots of different things.

What other art forms (books, TV shows, music) are you paying attention to now? Or have influenced your music?

We listen to lots of music, some for quick pleasure (Katy Perry) some for more serious joy.

It’s hard to answer this one! In terms of writing -- I’m inspired by writers like Walt Whitman and Allen Ginsberg, who use tons of exclamation marks and seem to spout improvised all-encompassing philosophies and total statements about the world. I like that kind of impulsive preacher tone. It is confident, but also desperate for clarity and meaning. A comedian called Josie Long wrote an article about Whitman and said, "I love all the Os and the exclamation marks – it's like he just thought, 'These are the things that I felt I must say today!' and 'These are the things that have happened to me!'" I get that, too, from him. I think the characters in our songs similarly make these impulsive, transient, grandiose statements. These attempts to sum everything up are always partial -- and I think the record is sympathetic to that impulse, but, thematically, the concern is that the act of uttering, or transcribing those "everything is x" statements means they get a sell by date!

What's the he role of the lyrics in the songs? Does singing the words transform them?

Lyrics are very important, as they carry the brunt of the semantic weight of each track. Sometimes the music will respond to a lyrical sentiment, or mood, but those feel more like auditory puns or something. Lyrics are very important. Thematically, the album is weighted towards the gist-y, inarticulate, intuitive and expressive, which is put in tension with the transcribed, formal, legalistic and corporately functional.

The things being considered are communication about morality (spiritual, religious, other ideologies) and the instability of communication more generally. So, aesthetically it seemed sensible that the clarity of words was subordinate to expression, like the vocalizations and melismas will win, even if it means the words aren’t clear. That’s why there is a lyrics sheet! It’s a shame that some people assume this means that this "obscuration" is related to some lack of substance in the words. I really like them, and for me they are quite substantial.

I think genre is less socially functional in any form of art, because there is instant connection to everything and less need for a tribe. I reckon this is good for music, because it lessens the need for obligation or loyalty to any particular aesthetic. I’m sure the boundaries are still there, but it seems less likely that you’d be kicked out of the gang for cross-pollination!

I do think that the idea that we are entitled to free music from bands is perhaps dangerous, though.

Were you searching for a defining sound with Adult Jazz?

I think what we’re trying to do is have a lot of integrity and have a sound that’s good and impressive. So I guess we didn’t think too much about that really.