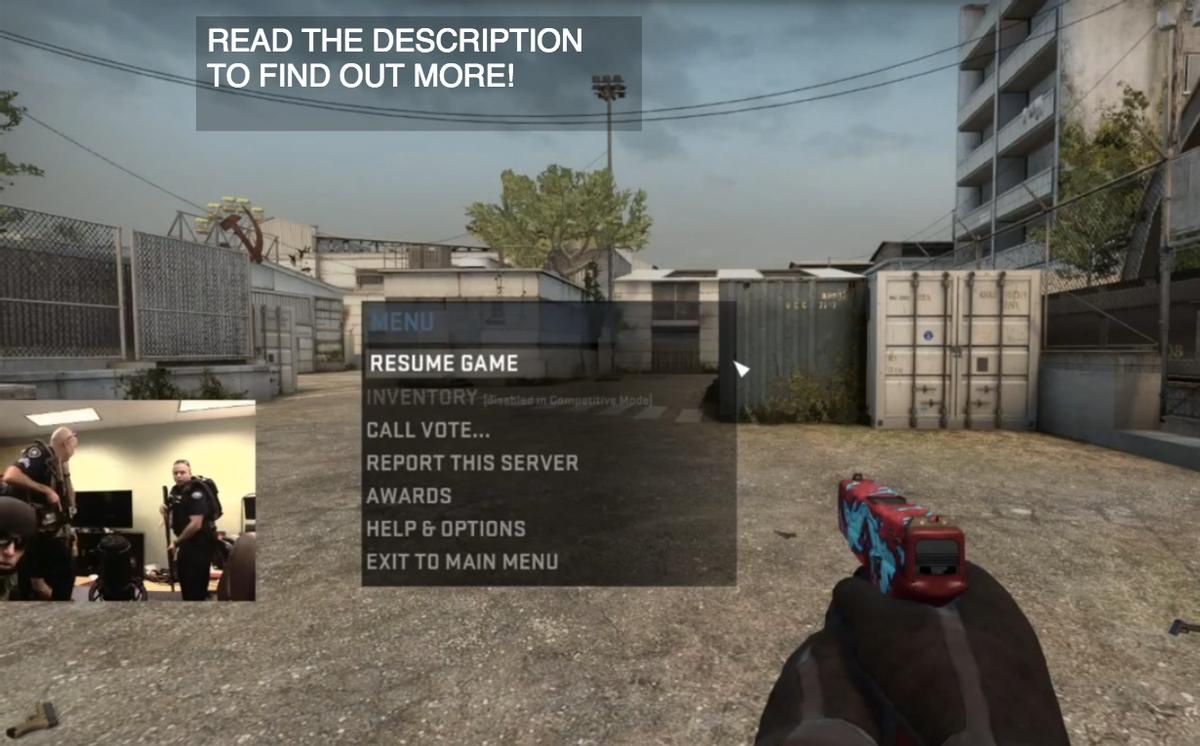 A live video stream, posted yesterday on YouTube, captured a truly terrifying scene: Heavily armed members of a SWAT team burst into the office of Jordan Mathewson in Littleton, Colorado.

SWAT invaded following a "false shooting and hostage report," according the Engadget. Luckily, unlike some botched SWAT raids, nobody was hurt.

The raid happened during a session of "Counter-Strike," and was captured via Twitch, a video game streaming site purchased this week for nearly $1 billion by Amazon. Jordan "Kootra" Mathewson, a founder of The Creatures LLC, was playing a game streamed to Twitch when he heard the team clearing rooms.

"Uh-oh. This isn't good," Mathewson tells the camera. "They're clearing rooms. What in the world -- I think we're getting swatted."

Shortly after, the SWAT team -- guns drawn -- bursts into the room, ordering Mathewson to put his hands up and get down on the ground. Mathewson was released later, according to Engadget.

"The caller claimed to have shot two co-workers, held others hostage, and threatened to shoot them," the Littleton Police Department said in a statement. "He stated that if the officers entered he would shoot them as well."

What the cameras captured is a perilous new prank known as "swatting," or making a false report to get the SWAT team to invade a rival gamer's space. As evidenced by the Vice News report below, this can involve disguising the caller identity and making some potentially life-threatening claims.

"There were no victims or any evidence that a shooting had taken place," police said, according to ABC 7. "If the investigation determines that today’s incident was a hoax, those involved will be prosecuted to the fullest extent of the law."

The obvious danger was highlighted by Police Chief Doug Stephens who told ABC 7, "This is not a game. This is not an online game. We have real guns with real bullets and there's a potential there for some tragedy."

The video of the raid is below:

Vice News did an in depth look at "swatting," which can be seen here: