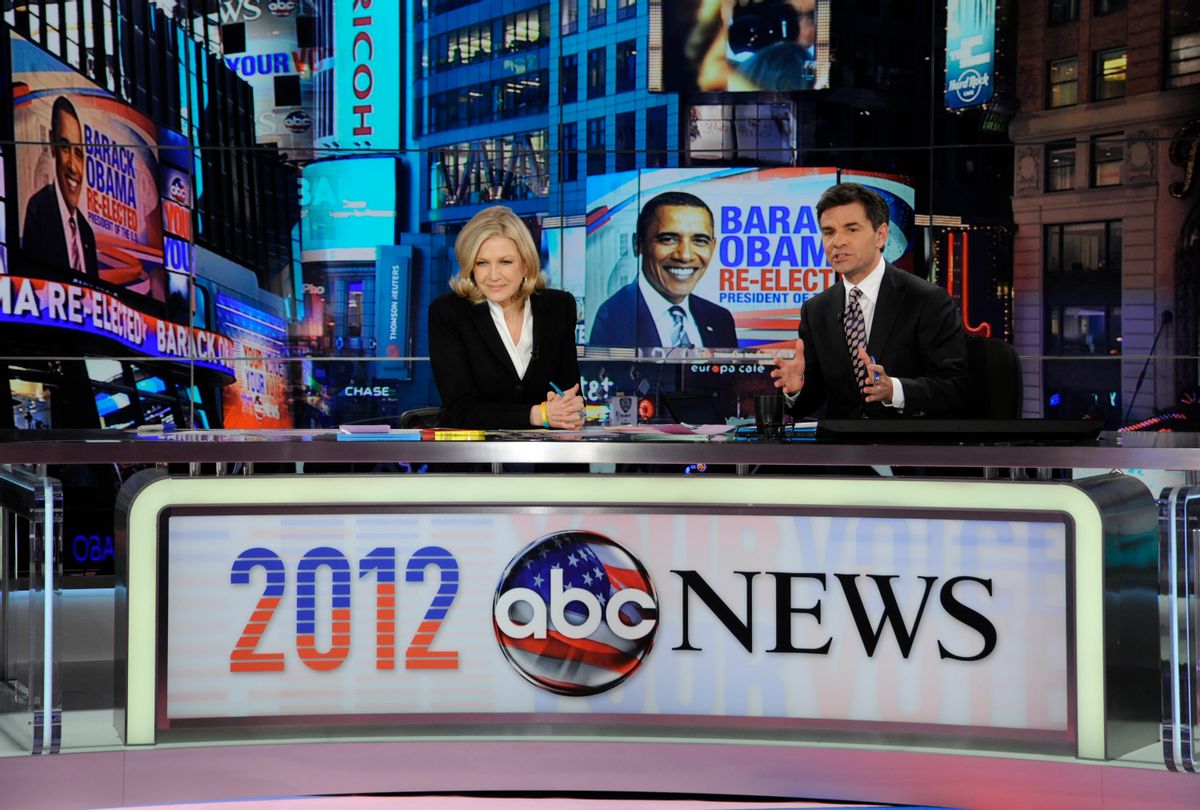 Diane Sawyer's last night on the air as anchor of ABC's "World News" came last night -- in the middle of the week in late summer. It was an appropriate time for a news icon to pass the torch, as few were paying attention; Sawyer may be the last evening news anchor who mattered.

Consider that Sawyer's replacement in the anchor spot will be David Muir, but that Muir will not be the network's go-to person when news breaks or during major events like elections. That'd be George Stephanopoulos, who's now the network's "chief anchor" -- an unusual split, and one that points, as though we needed any more evidence, to the decreased primacy of the evening newscast.

Sawyer was a bigger star than the typical network news anchor -- for better or worse, as recent scurrilous bits of news from a book about her and other female TV icons indicated -- and will continue to be one without the job. A report in the New York Daily News sourced by anonymous Sawyer intimates indicated Sawyer's desire to do the sort of reporting that cannot be done from behind a Manhattan desk. As a news anchor, Sawyer shored up the "World News" ratings -- but it's the sort of job that really can be done even by someone the network doesn't entrust to lead their network's coverage.

Once the sort of prize that was a victory lap in the later stages of a long career or an albatross that could upset the careers of people who sought it (Katie Couric, at the height of her fame and power, gave it a go at CBS and has never really recovered), the evening news gig is now something that Sawyer is slipping away from, and something that, at ABC, at least, hardly seems like such a prize.

NBC's Brian Williams, at least, still gets attention, but as a recent New York Times interview with him and Seth Meyers recently proved, it's really more about his love of comedy than about anything happening between 6:30 and 7 p.m. Scott Pelley is also on television nightly!

The replacement of Sawyer with Muir would seem to have a lot to do with the fact that the network cannot actually clone Stephanopoulos (the former Clinton White House personage already hosts "Good Morning America" and "This Week" for the network). In his stead, they've appointed a proven hard worker and good reporter who will keep the seat warm and who won't overshadow Stephanopoulos. It's an acknowledgment of sorts that the nightly news spot is now the least important arrow in the network's quiver -- if it mattered that much, they'd pull Stephanopoulos off morning news or the Sunday public-affairs show.

There's nothing, per se, wrong with the nightly news -- and its loyalists will defend the evening broadcast, as they did when Sawyer was perceived to have unduly "softened" her broadcast with more lifestyle and health segments. While its utter lack of splashiness, even in comparison to other network news products, doesn't necessarily condemn it to death, it does add up to a sense that the person delivering the news is growing less and less iconic. Sawyer's particular skills were, to judge by the ratings, put to use well on "World News," but the fact that the more obvious network-news-star grooming is now happening in the morning may mean more David Muirs -- perfectly competent, great-looking news anchors whose responsibilities end not far beyond reading the day's headlines.