Cop killings erased from history: A tale of federal negligence

Serious problems that are measured can end up getting managed. Here's what happens when no one is keeping track 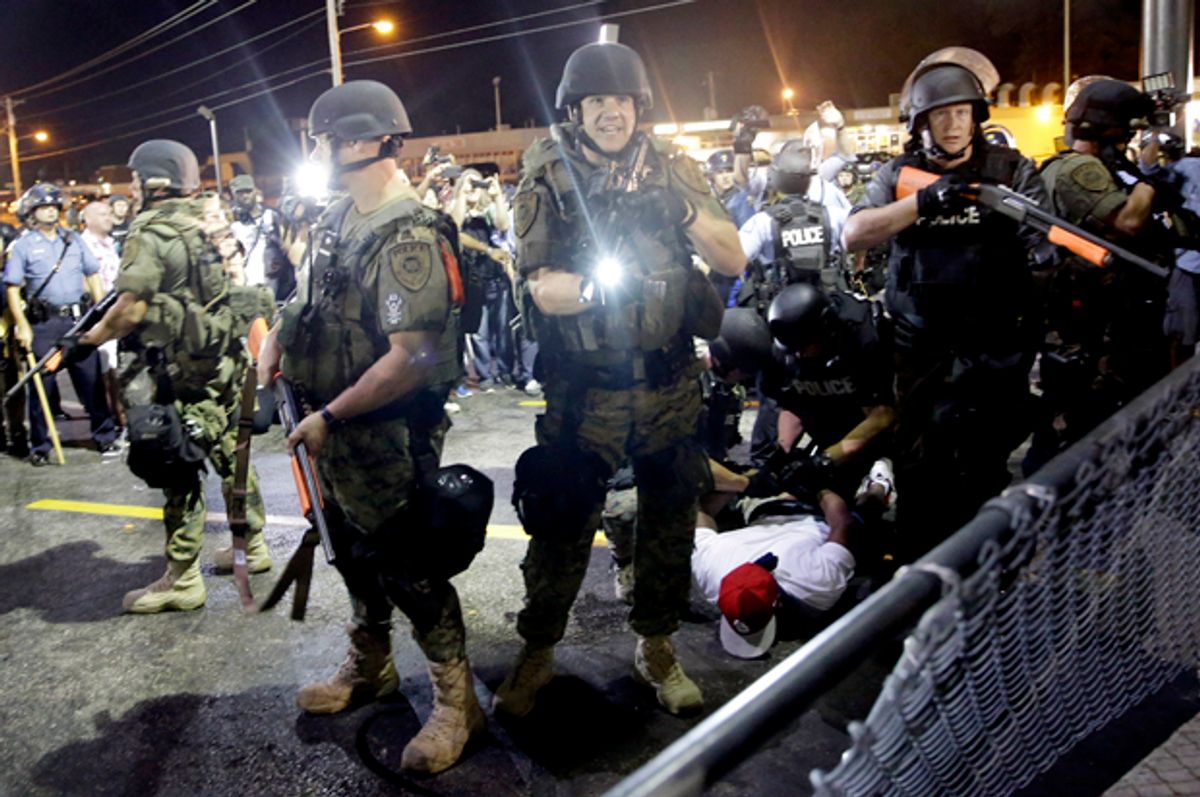 This summer, two high-profile killings of unarmed African-American males by local police, one in New York City and the other in Ferguson, Missouri, have made the issue of police accountability a national one. Often, stories about people killed by the police get reported in the local press, but they rarely pop up on the national media radar.

Last month in New York City, 43-year-old Eric Garner, a family man with six kids and two grandchildren, was killed after police applied a chokehold on him in an effort to take Garner into custody for allegedly selling individual untaxed cigarettes. Earlier this month 18-year-old Michael Brown was shot several times in Ferguson, Missouri, by a police officer under  circumstances still under investigation.

Ten days later, just four miles from where Brown died, St. Louis police shot and killed 25-year-old Kajieme Powell, another African-American man who press reports indicate was emotionally disturbed, menaced police with a knife and asked the police to shoot him. Officials told reporters the police were responding to a call from a convenience store about the theft of some doughnuts and some drinks.

What are we to make of these three tragic anecdotes? Are they just isolated cases? Just how common is the shooting of African-American men, or, for that matter, civilians of any description, by the police last year, or the year before that, or,  say, 2011, 2010?  Legal experts will tell you nobody knows. Evidently the federal government, so busy collecting just about every other kind of data, does not require that local or state police report to the feds when they use deadly force on civilians.

The Department of Justice’s Bureau of Justice Statistics does do an Arrest Related Death (ARD) survey, which is a national tracking of civilians who die in custody or while they are  in the process of being apprehended. For the nation’s 18,000 police departments participation in the survey is strictly voluntary. The latest ARD data set online at the bureau’s website is from 2009.

The ARD data includes all categories of  deaths: shooting by the police, suicide while in custody, accidental, intoxication and natural causes. From 2003 through 2009 ARD registered 4,813 deaths. Sixty-one percent (2,931) of those deaths were classified as homicides by law enforcement personnel. Eleven percent (541) were suicides and 5  percent (244) were the result of natural causes. The rest were split between intoxication and accidental.

During that six-year period 42 percent of the ARD deaths were white, 32 percent black and 20 percent Hispanic. For context, consider that over that same time frame the FBI estimates police made 98 million arrests.

Legal scholar Gloria J. Browne-Marshall, a professor at CUNY’s John Jay College, says the lack of data greatly undermines the ability to keep law enforcement agencies accountable for their actions. "Police departments should be required to provide data on their use of deadly force to the state attorney general and the FBI, annually,” says Browne-Marshall, author of  “Race, Law and American Society, 1607 to Present.”  “If the Bureau of Criminal Justice Statistics maintained data on police use of deadly force then it would, in turn, be available to researchers, journalists and concerned communities.”

“There just is no good data on how many civilians are killed by the police each year, much less the victims of excessive force,” UCLA law professor Joanna Schwartz said in a phone interview. “And what is even defined as excessive force varies widely between the states and municipalities.” Schwartz notes that in some places placing someone in handcuffs or using police dogs for their apprehension would not be characterized as excessive force.

Schwartz says the accountability void for  police misconduct extends to  the cash settlements made on behalf of law enforcement to settle wrongful death, excessive force and civil rights violation claims.  Schwartz says in 99.5 percent of the cases she has evaluated, local police enjoyed a qualified immunity, which shields them from personal liability for whatever actions they take while on the job. Almost universally that leaves the cost to settle these cases to local taxpayers and municipal  insurance carriers.

On paper, Schwartz notes this qualified immunity for the police can be voided if their actions are malicious or criminal in nature. In a national survey Schwartz asked 70 of the nation’s largest police departments to supply the total payouts they made to settle police misconduct cases between 2006 and 2011 and for the instances when police officers had to contribute to a settlement. Forty-four of the 70 responded. All totaled these jurisdictions paid out $730 million to settle 9,225 civil rights suits and officers were required to make some contribution in .41 percent of the cases. “Governments satisfied settlements even when officers were disciplined, or terminated by the department or criminally prosecuted for their conduct,” Schwartz wrote in her analysis of police indemnification and municipal payouts.

Schwartz’s study cites the case of 92-year-old Kathryn Johnson from Atlanta who was killed by police back in 2007  in what was later determined to be an illegal drug raid of her home. The officers involved in her shooting went back and planted marijuana in Johnston’s home and falsely alleged they had purchased cocaine at her home, all to cover their tracks.

Three officers were convicted on federal charges and sentenced to five to 10 years. They were on the hook to make $8,150 restitution, which went to cover the costs of burying the 92-year-old. Nine other officers were terminated, disciplined or resigned. The City of Atlanta paid $4.9 million to Johnson’s estate with no contribution coming from any of the officers involved.

Schwartz says few police departments even bother to track which officers have been named as defendants, much less do any root cause analysis about the circumstances around the individual incident that can run seven figures to settle. “Moreover, governments do not appear to be collecting enough information about lawsuits to make educated decisions about whether or how to reduce the police activities that prompt these suits,” Schwartz writes.

Schwartz believes that law enforcement agencies need to have the same kind of uniform standards for reporting problematic outcomes just  as accredited U.S. hospitals are required to do. “In health care there is a standard agreement about what constitutes a sentinel event that requires reporting, It should be the same for law enforcement.”

After all, what gets measured gets managed.