GOP's crazy scapegoat: What their next shutdown will really be about

Republicans know shutdowns are toxic, but that doesn't mean they won't do one. They'll just blame you-know-who 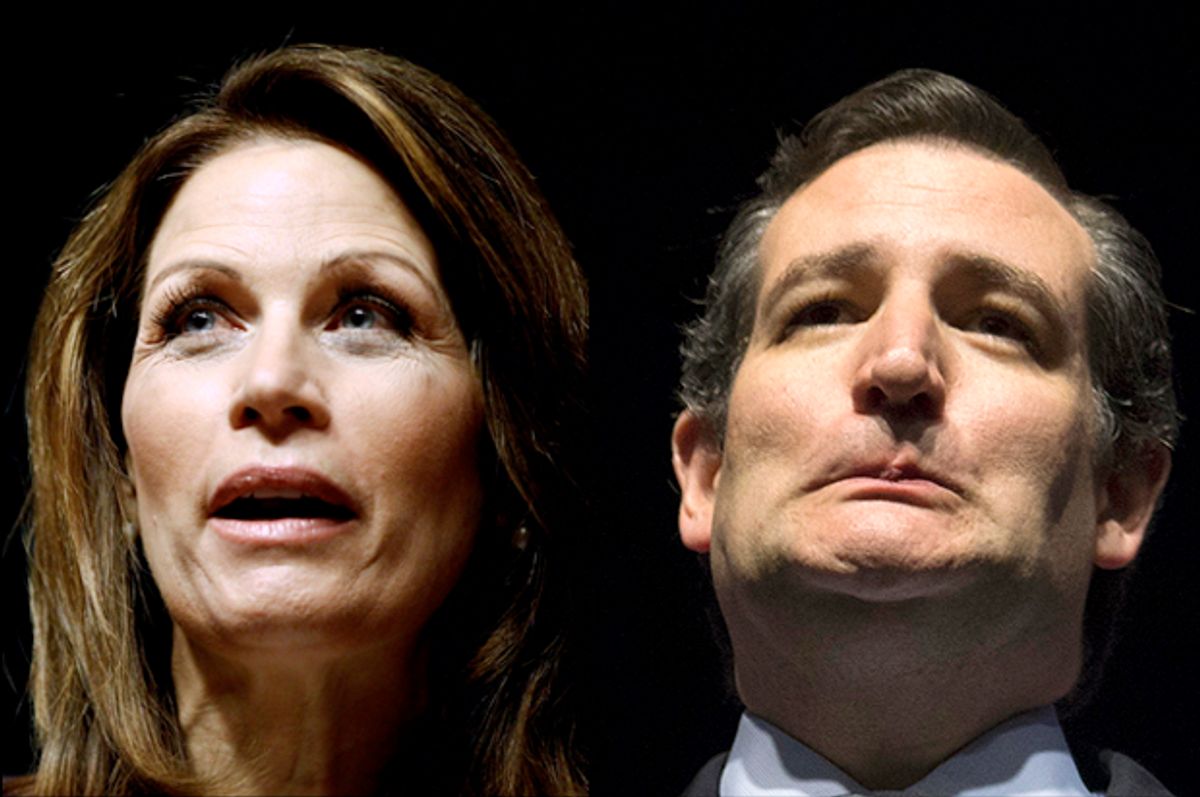 With Congress on the verge of reconvening and government funding set to expire at the end of September, people are understandably beginning to wonder if the Republicans will shut down the government again. What issue could possibly lead them back down that path? Will it be immigration? Perhaps the Export-Import Bank? Speculation has been fed by comments from leading Senate Republicans like Mitch McConnell and Marco Rubio, both of whom have hinted at using the appropriations process at some point to force policy concessions from the administration. But will we actually arrive at the point of a shutdown?

The going theory is that the Republicans won’t risk a shutdown because they’re not so stupid as to do something that politically disastrous just before an election. That’s a fine theory on paper, though it clashes slightly with the fact that House Republicans voted less than a month ago to end President Obama’s Deferred Action for Childhood Arrivals program, which protects young undocumented immigrants from deportation. In doing so they angered all the liberals they’re hoping won’t turn out this November, and stomped all over their own rebranding efforts with Latino voters. Trusting that the House GOP won’t shoot itself in the foot politically isn’t the safest of bets.

And it’s looking like immigration will be the focus of the shutdown fight, should there be one. President Obama is set to take executive action on deportations, and that’s going to drive conservatives in the House absolutely insane. As the Atlantic’s Molly Ball reports, Republicans are worried that those same conservatives – emboldened by their successful push to force a vote on killing DACA earlier this month – will stage a rebellion if the leadership doesn’t use the upcoming funding battle to fight Obama on immigration. One of those immigration hard-liners, Rep. Steve King, told the Washington Post that “if Obama does move forward with an executive action, many House Republicans will be unwilling to extend funding for the government that is set to expire at the end of September.”

So will another shutdown fracas happen? I don’t know. Much depends on John Boehner’s ability to control his own caucus, an area in which his record is … spotty. But what I do know is that Republicans still have no idea how to handle the politics of a government shutdown.

Here’s how Amanda Carpenter, spokeswoman for Sen. Ted Cruz, reacted to speculation that the immigration fight might lead to a shutdown:

See? It’s not the Republicans who are threatening the shutdown, it’s Obama. He wants a shutdown fight over immigration! He’s actively pushing for it!

And here’s Amanda Carpenter last July, quoting her boss on the prospect of a shutdown fight over the Affordable Care Act:

See? It’s not the Republicans who are threatening the shutdown, it’s Obama! He wants a shutdown fight over Obamacare! He’s actively pushing for it!

This was the line from basically every single Republican: Barack Obama, in his unrelenting zeal to impose affordable healthcare on the American public, was willing to shutter the government in order to achieve his goal. And nobody bought it. The shutdown was a political nightmare for the Republicans, who took a beating in the polls and sabotaged their own efforts to keep the public’s attention focused on the Affordable Care Act’s early troubles.

The reason no one bought it was because it never made sense. From the start it was the Republicans who insisted that full funding of the government be contingent upon defunding Obamacare. Call it what you want – manufacturing a crisis, hostage-taking, extortion, whatever – it was the GOP that was making demands and setting conditions. The idea that this could be spun as Obama agitating for a shutdown rested on the idea that people could be coaxed into believing that the president was in the wrong for not paying a ransom. That’s a tough sell.

They’re sticking with that message now that government funding is once again being talked about as a potential hostage. And the reason they’re sticking with it is because they don’t really have any other option. Any Republican with a lukewarm political IQ knows that shutdown politics are absolutely toxic for the party, and they also know that the only reason we’re talking about shutdowns to begin with is that a large portion of their party is insane and can’t be controlled. The fact that party officials are privately worried about what nitwits like Steve King will do, combined with the fact that King is talking to reporters about how conservatives will refuse to fund the government if Obama takes action on immigration, shows just how weak a hand they have.

Their only recourse is to try to foist all this nonsense onto Obama, swear up and down that a government shutdown is not what they want, and trust people aren’t paying close enough attention to realize they’re full of it.