Your data is for sale — and not just on Facebook

Nobody is gathering more information more quickly than the providers of digital services. But do you trust them? 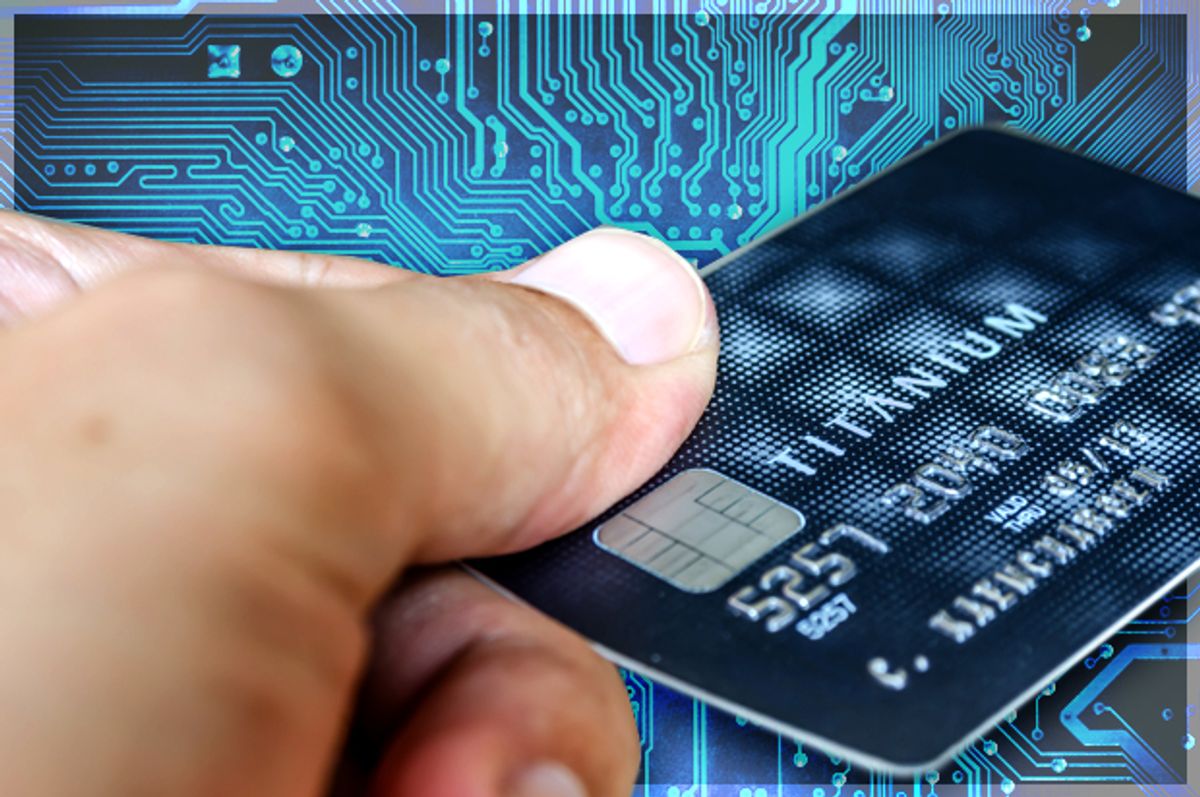 This is how the tech P.R. wars of the future will be waged: "Trust us, because we will take care of your precious information better than the other guy."

On Aug. 21, Square, the mobile-payments start-up helmed by Twitter co-founder Jack Dorsey, announced the release of a new package of analytical tools available for free to any merchant that uses Square.

Small businesses, argued the press release, tend not to have the same access to advanced data crunching as larger operations. Square Analytics "levels the playing field" and "delivers sellers actionable data to increase sales and better serve their customers." Want to know exactly how much a bad snow storm affected your cupcake sales, or what kind of advanced coffee products your repeat customers crave the most on Tuesday mornings? Square Analytics has the answers!

A few hours after Square's announcement, I received an email from a man who handles press relations for Shopkeep, a company that offers point-of-sale processing via the iPad, and has apparently been touting its own small business analytics support for years. Judging by the accusations made in the email, Shopkeep was none too pleased by the debut of Square's new service.

"Square is more interested in collecting and selling data than it is in helping small businesses grow," read the email. My correspondent further alleged that Square's "terms and conditions" gave Square the right to do anything it wanted with the data it collected on retail transactions.

Picture this: I order coffee at a coffee shop that uses Square ... Square, not the cafe, seizes the data on that transaction and emails me a receipt. The company can sell that data to the highest bidder — another coffee shop up the street or the closest Starbucks. Then I could get an email from that other coffee shop, not the one I’m a regular at, offering me a discount or some other incentive to come in.

Shopkeep, in contrast, would never do such a dastardly thing.

I contacted Square and asked spokesperson Aaron Zamost if the coffee shop scenario was realistic. Unsurprisingly, he dismissed it out of hand. "No, we do not intend to do this," said Zamost. "We do not surface, nor do we have any plans to surface individualized transaction data to any sellers besides the one who made the sale. Our sellers trust us to be transparent with them and respectful of what they share with us. If we were to violate their trust, or behave as other companies have been known to, they would leave us."

I have no evidence to prove or disprove the allegations made by Shopkeep or the defense offered by Square. The  interesting point is that the nature of the accusation is an attempt to poke at what is clearly a sore spot in Silicon Valley in 2014. In these post-Snowden days, how tech companies handle data is a volatile issue. In fact, it might be the biggest issue of them all. Because Shopkeep and Square are hardly alone in their ability to amass valuable information. Every company that offers a service over your mobile device -- whether processing a sale, hiring a car, locating a room to stay in -- is in the data business. Everyone is a data broker. As Silicon Valley likes to say, in the 21st century data is the new oil. What rarely gets mentioned afterward, however, is the fact that the oil business, especially when it was just getting started, was very, very dirty.

Square has a cool product: A plastic card reader that plugs into the headphone jack of your phone and enables anyone with a bank account to start processing credit card transactions. Although Square has yet to turn a profit, and has weathered some bad press in recent months, the company does process $30 billion worth of transactions a year. That's a lot of information available to crunch.

Of course, there are plenty of companies, starting with the credit card firms themselves, that are already slicing and dicing payment transaction info and offering analysis to whomever can pay for it. Square is just one more player in a very crowded field. But Square is nevertheless emblematic of an important trend -- let's call it the disruptive democratization of data brokering. Once upon a time, a handful of obscure, operating-behind-the-scenes firms dominated the data-brokering business. But now that everything's digital, everyone with a digital business can be a data broker.

In an increasing number of cases it appears that the ostensible service offered by the latest free app isn't actually what the app-maker plans to make money off; it's just the lure that brings in the good stuff -- the monetizable data. Square may be a payments processing company first, but it is rapidly amassing huge amounts of data, which is in itself a valuable commodity, a point confirmed by  Square executive Gokul Rajaram to Fortune Magazine earlier this year.

Similarly, Uber is ostensibly a car hiring company but is also poised to know more about our transportation habits than just about any other single player. Almost every app on your phone -- even the flashlight app -- is simultaneously performing a service for you, and gathering data about you.

Increasingly, as the accusations about Square from a competitor demonstrate, we may end up deciding whom we choose for our services based on whether we trust them as responsible safekeepers of our data.

Until this year, most Americans have had only the sketchiest knowledge of how huge the marketplace is for our personal information. In May the FTC released a report that looked at the nine biggest data brokers -- companies that specialize in amassing huge dossiers on every living person in the Western world. The numbers are startling.

The big data brokers build their databases by snarfling up every single source of information they can find or buy. Databases operated by federal, state and local governments are an obvious source, but the big data brokers also routinely scrape social media sites and blogs, and also buy commercial databases from a vast variety of enterprises, as well as from other data brokers.

Today, nobody is gathering more information more quickly than the providers of digital services. Surveillance Valley, indeed! Analytics companies know the constellation of apps on your phone, including your every click and swipe, down to the most granular level.

The rules regarding what can be done with this information are in their infancy. For now, we depend largely on what the companies say in their own terms and conditions. But we would be unwise to regard those as permanently binding legally promises. They can change at any time -- something that Facebook has demonstrated repeatedly. What Square says now, in other words, might not be what Square does in the future, especially if the company finds itself in dire need of cash.

When everyone is a data broker, having standardized rules governing what can be done with our information becomes a pressing social priority. Right now it's just a big mess.