The NFL's new policy on preventing domestic violence could be a really, really big deal

If Roger Goodell makes good on his promise to implement the new programs consistently, the impact could be huge 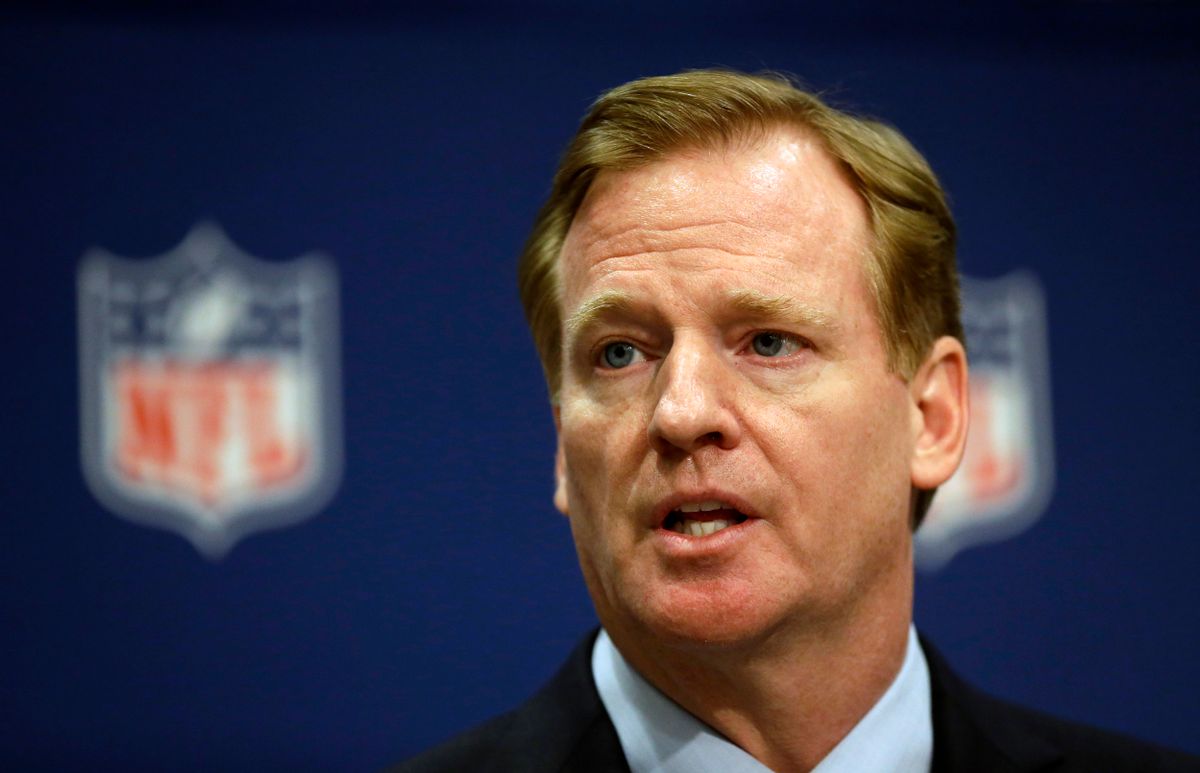 FILE - In this May 20, 2014, file photo, NFL Commissioner Roger Goodell speaks at a press conference at the NFL's spring meeting in Atlanta. Steve Silverman, the lead plaintiffs' attorney, said this week, dozens of former players are joining a lawsuit against the NFL saying teams kept handing out powerful painkillers and other drugs with few, if any, safeguards as recently as 2012 to keep players on the field. That extends by four years the time frame for similar claims made by hundreds of former players in the original complaint and could open the door to a criminal investigation. (AP Photo/David Goldman, File) (AP)
--

Roger Goodell announced on Thursday that the NFL would be updating its policies around domestic and sexual violence. The new baseline of a six-game suspension for a first offense and lifetime banishment for a second is getting a lot of coverage, which is understandable since the new policies were introduced after Baltimore Ravens running back Ray Rice received a two-game suspension for an assault that is alleged to have knocked his partner unconscious. (Goodell was further criticized when Cleveland Browns wide receiver Josh Gordon was benched for 16 games because of a failed drug test. Smoking weed, according to NFL protocol, was a more grave offense than violently assaulting another person.)

But the new penalties are only one point in a potentially more transformative policy, a set of guidelines that also addresses violence prevention as foundational to the NFL's approach to the issue.

A few excerpts from the letter on violence prevention, education and new efforts toward community engagement (emphasis mine):

[The NFL's] club Player Engagement Directors, Human Resource Executives, and other appropriate team personnel will undergo comprehensive training to help them understand and identify risk factors associated with domestic violence and sexual assault. Any person identified as being at risk will be afforded private, confidential assistance. Persons who decline this assistance will be held accountable for that decision in determining discipline for any subsequent act of domestic violence or sexual assault. [...]

Our Player Engagement Directors and Human Resource Executives will meet with team spouses and significant others to ensure that they are aware of the resources available to them as NFL family members, including the ability to seek confidential assistance through independent local resources, as well as through the club or the NFL Total Wellness Program. [...]

[The NFL] will expand the educational components in our college, high school and youth football programs that address domestic violence and sexual assault. We will seek to create and promote programs that develop the character of the young men who play, coach or manage our game, emphasizing respect for women and appropriate ways to resolve conflicts.

Nothing here is guaranteed. As Jessica Luther noted in a response to the letter, it remains to be seen if Goodell will actually implement the new programs consistently and transparently. This could be a cynical effort to deflect bad press, since the NFL has shown itself to be pretty comfortable with all manner of violence. But this remains a strong letter of intent, and with some sustained pressure from the public, the NFL may finally be poised to address its problem with violence against women. And that is a huge fucking deal.

In my former life, I worked at a nonprofit organization called Breakthrough that is focused on engaging men and boys on the issue of domestic violence. Breakthrough has worked with athletes as part of their campaigns because they know how influential these men can be when it comes to shaping attitudes about masculinity and violence against women. A little kid hearing his or her hero on the field say, unequivocally, that violence against women is unacceptable -- that silence is complicity, that it's about more than just "sisters, wives and daughters" -- is a powerful thing. And if the NFL does more to deepen this message by getting serious about community-based interventions and education around prevention (while hopefully avoiding the traps of paternalism that so often characterize men's approach to "women's issues"), the impact could be massive.

And when the NFL has taken on the issue of domestic violence in the past, the results have been powerful, even if limited. Andrea Grimes, senior political reporter for RH Reality Check, attended a rally hosted in Dallas about men helping to prevent domestic violence. There were sportscasters and College Football Hall-of-Famers in attendance, and the crowd took note:

Sportscaster Dale Hansen is something of a living legend in Dallas, where he’s been a nightly news staple for thirty years, building a reputation as a jokester, even a smart-ass. But he didn’t come to Saturday’s Dallas Men Against Abuse rally to talk Cowboys or make wisecracks about the Mavericks. He came to tell thousands of men what it was like growing up in an abusive home. [...]

Though much of the programming focused on physical violence, College Football Hall-of-Famer Don McPherson opened up the scope of the event to include talk about rape, sexual violence, and emotional abuse. He said he’d never seen so many men gathered to address the problem of domestic violence in one place before.

There's real promise in having the NFL take the same stance. The question, now, is whether Goodell means what he said. The public will be watching.