Why acknowledging white privilege is not surrendering to "white guilt"

Recognizing the historic burden of whiteness is not self-abasement or lame apology. It's the pathway to freedom 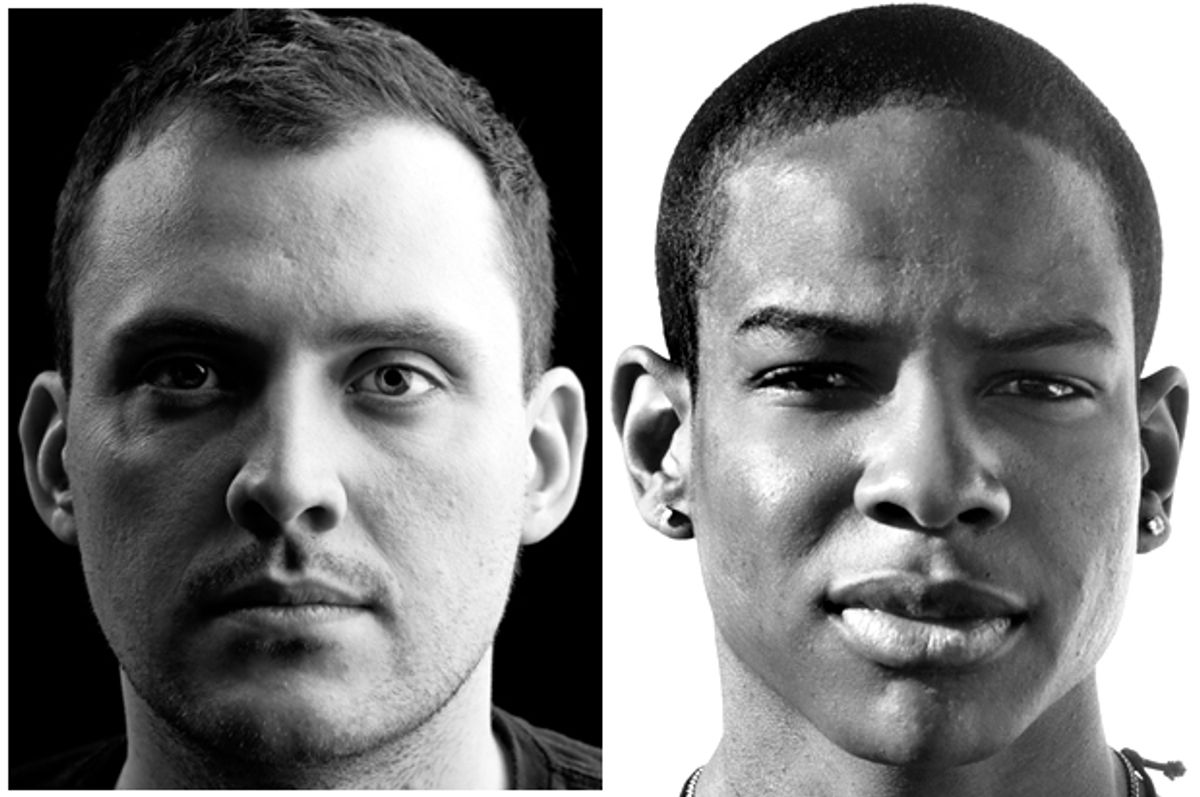 One commenter on Salon got my attention last week during the furor that followed my essay about “white privilege” as a concept that helps us understand both what actually happened in Ferguson, Missouri, and the racially polarized response to those events. In post after post, this person repeatedly tried to strike a middle ground between fundamentally incompatible positions that reflect opposing worldviews, between the idea that white privilege is an immensely significant if largely hidden dynamic that shapes much of American life and the proposition that white privilege is a left-wing fiction. This person’s brave effort to split the difference – or, less charitably, to deflect the question without rejecting it entirely – didn’t work, but I found it instructive.

Before we get to that, let’s review: On one hand we have the idea that white people possess built-in social advantages they often cannot perceive or are reluctant to acknowledge. Among the most basic of these are the right to walk down the street without being seen as a dangerous thug or a mortal threat. From the moment of his or her birth, a white child is dramatically less likely to go to prison, and more likely to go to college, than a child born in an African-American or Latino household. I got an email this week from an African-American teacher who works in a predominantly white suburban school district that spoke to this issue eloquently. She wrote about her students with evident affection, but said she couldn’t help noticing that when they get into trouble – for drugs or drinking or minor property crimes – the issue is handled much differently than it would be in a black urban context, where it might mean incarceration and the end of the student’s academic career. “These suburban neighborhood kids are not perceived as criminals, just adolescents doing stupid stuff,” she writes. “No one blames ‘white culture’ or family pathology.”

Even her white students who get Cs and Ds tend to do OK after graduation, she observes. Many are coaxed, cajoled, prodded or bribed into some college somewhere (my words, not hers) while the odds that an inner-city African-American kid with poor grades will ever get a college diploma are very long indeed. These suburban white kids speak Standard American English not because they studied it but because they’ve been exposed to it every day of their lives. Most have supportive families, adequate resources and reasonably successful adult mentors. They make good impressions in job interviews through a host of unconscious codes: They dress and wear their hair in a style likely to be familiar to the interviewer, and they “know how to speak well.” With this kind of privilege, she concludes, comes “the assumption of competence, the opportunity to prove oneself, or to have a second try after failing or making a poor decision … Knowing that African-Americans frequently are denied the assumption of competence and innocence is one of the most painful parts of being black in this country.”

Now, at least some of the things she mentions can be ascribed to class rather than race, or to the intersection of class and race. I barely mentioned that intersection in my original essay, which was a significant oversight. As a part-time resident of one of the poorest counties in the Northeast (a county that is 96 percent white), I’m aware that there are millions of struggling white people in rural America who have few or none of the advantages this suburban teacher describes, and whose socioeconomic outlook is extremely poor. Those white people aren’t getting any of the benefits of white privilege, but I would argue that they are still afflicted with it. To cut an extremely long story short, white privilege is the reason they tend to vote for the Tea Party, and make common cause against other poor people with bankers and CEOs. It’s a disorder that has undermined all efforts to build economic populism or socialism or any other form of class-based political movement in America. It has distorted not just race relations but every aspect of society, in large part by masquerading as the natural state of affairs and concealing its true nature from those that carry it.

On the other hand – well, it’s difficult to summarize the range of counterattacks my article and numerous others provoked over the past couple of weeks. One popular response is to say that white privilege is just a fancy term for conforming to social norms, obeying the law and working hard, and that black people should try it sometime. There is certainly a conservative quadrant of the African-American community that agrees with this, but the whole idea rests on the argument that we live in a fundamentally race-neutral and equal-opportunity society in which everyone makes his own fate. But African-Americans have conspicuously failed to take advantage of this post-racial paradise, a fact that poses an interpretive challenge. This slides, with uncomfortable ease, to the proposition that something must be wrong with “black culture,” or that there’s something innate about people of African ancestry that tends to make them less successful than others in society and vastly more likely to go to prison.

If you believe that no one utters those kinds of overtly racist statements in public anymore, I can show you some things in my inbox and my Twitter feed that will convince you otherwise. But for those who want to resist the white privilege conversation but also want to avoid coming off like Confederate vice president Alexander Stephens, who pronounced that "subordination to the superior race" was the "natural and normal condition" of black people, there is another path. Dysfunction in the black community is understood as the inevitable result of five decades of failed liberal social engineering, and white privilege as an ass-covering term of art cooked up for political advantage by race-baiters and libtard journalists. (Like me, I suppose, although I strenuously object to the “lib” part.)

That commenter I mentioned at the outset agreed that the Michael Brown shooting appeared to reflect a historical pattern of police violence against African-Americans, but rejected the term “white privilege” as unhelpful. If the problem is that cops treat whites fairly and blacks unfairly, shouldn’t we be talking about “black disprivilege” and how to amend it, instead of implying that white people should be subjected to police brutality too? Discussions of white privilege, this person went on, never pointed toward practical solutions and only served “to make white people feel weird.”

You get an A for effort, my friend, but I have some news for you: White people already feel weird. There could be no better word for the bitter, angry and divisive internal politics of America’s white majority. Isn’t it weird for a group that has long been the wealthiest sector of society and its dominant cultural force to embrace the status of victimhood it claims to find so offensive in others? Isn’t it weird for white people, despite all their economic, social, cultural and educational advantages, to increasingly see themselves as persecuted and oppressed? The intense and exaggerated response from many whites to my article and others like it was weird too, and perhaps revealing; it went way beyond disagreement into what therapists call abreaction, a release of repressed emotion. Discussions of white privilege have touched an exceptionally sensitive nerve.

If white America is weird, that's partly because whiteness (and blackness too) is a relatively recent historical invention, and an unstable category. Italians, Jews and other immigrants from outside northern Europe did not become unambiguously white until well into the 20th century, following the trail blazed earlier by the Irish, who were viewed by New York’s Anglo elite in the mid-19th century as a bad influence on black people. A neutral observer contemplating white America today, if we can imagine such a thing, might be inclined to wonder whether some psychological trauma were at work, some mechanism of self-retribution for the unpunished crimes of the past. She or he might further be tempted to call that mechanism “white guilt.”

“Every fear hides a wish,” as David Mamet wrote in a play about a homophobic white racist who ends up as the submissive prison lover of an African-American man. If much of white America seems possessed by visions of black violence, black rage and black revenge, the wish that lies beneath those fantasies is for a ritual cleansing that will wipe the historical slate clean and allow us all to start over. This is a species of paranoia, but way down deep, I think I perceive a thin reed of hope. Much of the weirdness, self-hatred and general know-nothing misanthropy of white America, in my view, boils down to a deep-seated desire to be free of the burden of history, a desire not to have to be white anymore.

Recognizing and addressing the reality of white privilege is not the same thing as embracing or indulging white guilt. Quite the opposite: It’s the pathway to liberation from white guilt. That’s a term often flung at white liberals by race-obsessed conservatives, but I suspect they are projecting their own emotional turmoil onto others. For one thing, it’s quite different to say that white people have inherited a historical responsibility than to claim that they must personally atone for the crimes of long-dead slaveholders and Southern sheriffs, or that they should apologize for the accident of their birth. No doubt the patronizing and ineffectual version of liberal white guilt mocked by right-wingers has existed in someone, somewhere. But I have hardly ever encountered it.

Those worst afflicted with white guilt – maybe “white torment” is more accurate -- are precisely the people most enraged by the discussion of white privilege. That covers a wide swath of white conservatives, from Bill O’Reilly and Rush Limbaugh rightward into the scary fringes of the Internet. Sometimes their racial obsession is obvious and sometimes it's more coded, but you don’t have to press very hard to get to the conspiratorial and apocalyptic racial theories, the lurid tales of black criminality, sexuality and dysfunction.

They're like the preacher who insists on knowing all the details of the filth and perversity he inveighs against on Sunday morning. Their focus on African-Americans as a criminal-minded and primitive collective Id is racist and hypocritical, to be sure, not to mention strikingly odd in an era when violent crime in America has fallen to historic lows. But it’s also conflicted and full of longing. They yearn to be free of white privilege and perhaps of whiteness itself, whose benefits were never as great as advertised and have long since been outweighed by its toxic side effects. Since they can’t make it go away by insisting that it does not exist, they dream of its destruction.