GOP's Labor Day scorecard: Here's how they're flunking and hurting us all

Take a moment from eating hot dogs with your extended family to consider the status of the American worker! 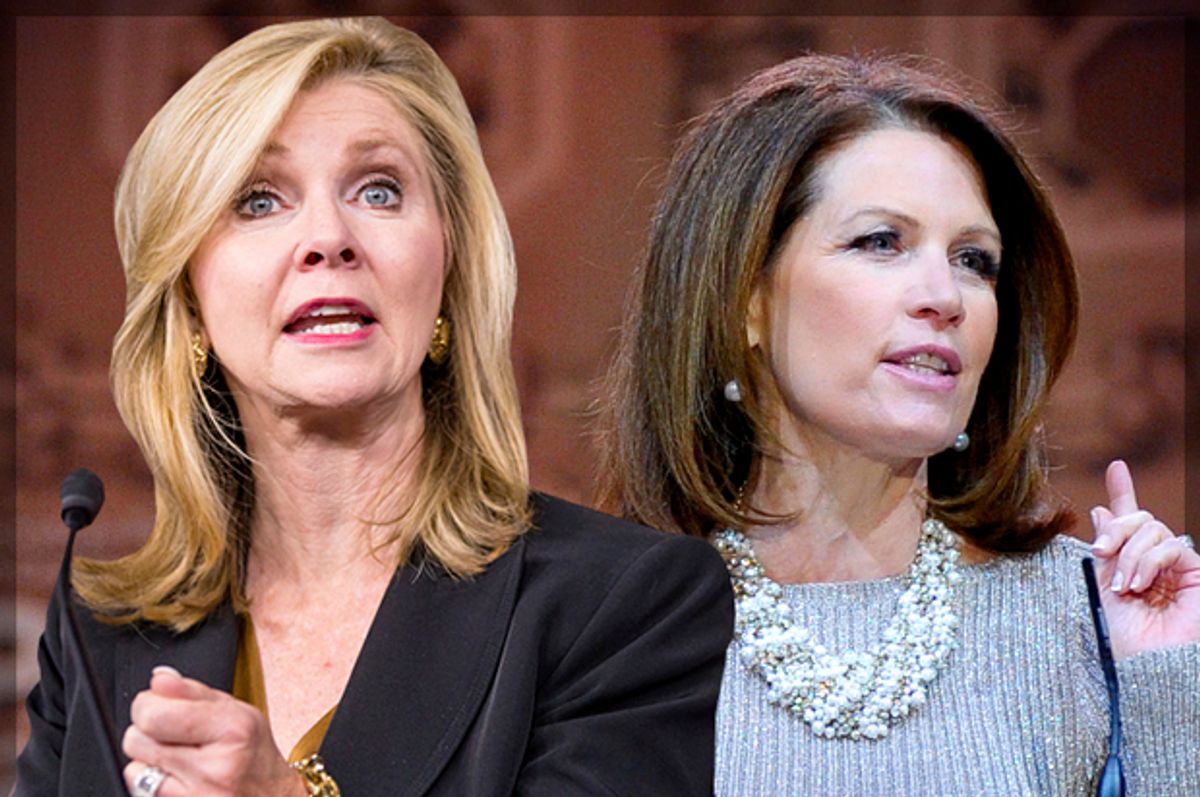 Happy Labor Day, everyone. Thank you, unions and the American labor movement! And thank you, Grover Cleveland, for being a cynical strikebreaker who thought he could appease angry workers and stay in office by signing off on a pro-labor holiday. Cleveland didn't win reelection, but his transparent bid for public favor gave us a day off to eat hot dogs with our extended families and reflect on the current status of the American worker.

So how are we doing? How's the Republican-led House of Representatives faring on worker issues? (Spoiler: Womp womp.)

Women, on average, earn less than their male peers. Even in the same jobs. Even for the same hours worked. Even when they have the same level of education. According to a 2003 analysis from the Government Accountability Office, the pay gap persists between men and women even when factoring in part-time work and women taking time off to have children or care for other family members. “Even after accounting for key factors that affect earnings, our model could not explain all of the difference in earnings between men and women,” according to the report.

So what's the mystery ingredient to explain the otherwise unexplainable and persistent gap in wages? The Department of Labor has a theory:

Decades of research shows a gender gap in pay even after factors like the kind of work performed and qualifications (education and experience) are taken into account. These studies consistently conclude that discrimination is the best explanation of the remaining difference in pay. Economists generally attribute about 40 percent of the pay gap to discrimination — making about 60 percent explained by differences between workers or their jobs.

And far from being equal in its unequalness, the pay gap is worse for women of color and LGBTQ women. African-American women who work full-time year round earn 64 cents on the dollar; Latina women earn 54 cents on the dollar. These losses add up, amounting to thousands and thousands of dollars over a lifetime.

Women have more tools than ever at their disposal to challenge this kind of discrimination, but are still playing catch-up when it comes to ensuring they receive equal pay for equal work. Part of changing this involves a really sweeping cultural overhaul that reevaluates how men and women are valued, both in the labor force and at home. But it would be great if, in the meantime, Congress would implement some of the measures proposed to increase transparency and accountability in rectifying this gap, like the Paycheck Fairness Act, which failed again in 2014 but would have made it illegal for employers to punish workers who share information about their wages. And sharing information about your wages is one way to find out if your wages are grossly unequal.

More than 25 percent of low-wage workers are single mothers. The minimum wage has been stalled at $7.25 an hour since 2009, meaning that even working full-time, these families are only bringing in $14,500 each year, which is $4,000 below the poverty level for a family with two children. And if you can't get a full-time schedule (or a reliably full-time schedule), the situation can become even more dire.

Raising the federal minimum wage from $7.25 to a meager $10.10 an hour would boost earnings for 28 million workers, and would help lift millions of women out of poverty. Overall, two out of every three minimum wage workers is a woman, and many of those women are also mothers or the primary caregivers in their households. Despite widespread support across gender and party lines, Republican lawmakers almost uniformly oppose a modest raise to the minimum wage, leaving millions of families in poverty.

A recent study on workplace discrimination revealed that LGBTQ job applicants were 23 percent less likely to get an interview than their straight counterparts, even when those straight applicants were less qualified for the position. But you really don't need a study to show that anti-LGBTQ discrimination is happening in the workplace. Anecdotal evidence more than bears this out. In Texas earlier this year, parents tried to get a trans woman suspended from her job as a substitute teacher because they viewed her presence in the classroom as a “distraction." She was eventually assigned to a job outside the classroom, even though she was a perfectly qualified teacher. And this kind of blatant discrimination is actually legal.

And job insecurity takes its toll. A report released last year by the Williams Institute revealed that LGBTQ Americans are more likely than straight Americans to live in poverty, due in part to job insecurity. Anti-LGBTQ job discrimination (and a lack of uniform access to federal benefits extended through marriage) also impacts the children of gay couples. As the report pointed out, the children of gay couples are twice as likely to grow up in poverty than children of married straight couples.

Discrimination against trans workers is legal in 34 states. It is legal to discriminate against gay workers in 29 states. A recent executive order signed by President Obama has banned anti-LGBTQ bias in hiring and firing practices for federal contract workers, but Congress has repeatedly punted on signing the Employment Non-Discrimination Act, federal legislation that would extend basic job protections to all LGBTQ employees and ensure that, at a minimum, being who you are won't get you fired in this country.

Nearly 40 percent of private sector workers can't take even a single day off if they're sick, if their kid is sick, if they're injured or undergoing some kind of medical treatment. And when it comes to part-time workers, that number rockets to 73 percent. According to research from McGill University, the United States is the only wealthy nation among 22 wealthy nations surveyed that doesn't provide sick leave for workers undergoing cancer treatments, or allow workers to take a single day off because they have the flu. We are the only developed nation in the world that doesn't have basic sick leave guarantees in place.

And as the Center for American Progress points out in its own research, the average wage of workers without paid sick leave is $10 per hour, only a few dollars above the minimum wage. "If a worker with this salary has a family of two children and misses more than three days of work without paid leave, the family would fall below the poverty line due to lost wages," according to the report.

Just as we trail the rest of the world on sick leave, the United States is one of three developed countries in the world that doesn't have a paid family leave policy in place. Instead, we offer some parents the option to take up to 12 weeks off -- without pay -- and only if they meet certain requirements, like working at a company with more than 50 employees.

A handful of states provide leave through payroll taxes, and companies are free to decide on their own leave policies, but there is no guarantee in this country that you can take time off to be with your kid if you have one. As Bryce Covert noted at ThinkProgress, that puts us in lonely company with Papua New Guinea and Oman.

The Family and Medical Insurance Leave Act, introduced this year, would provide all workers with a partial income for up to 12 weeks when caring for themselves, their children or another member of their family. It's a small step, but it's one the country is long overdue to take.