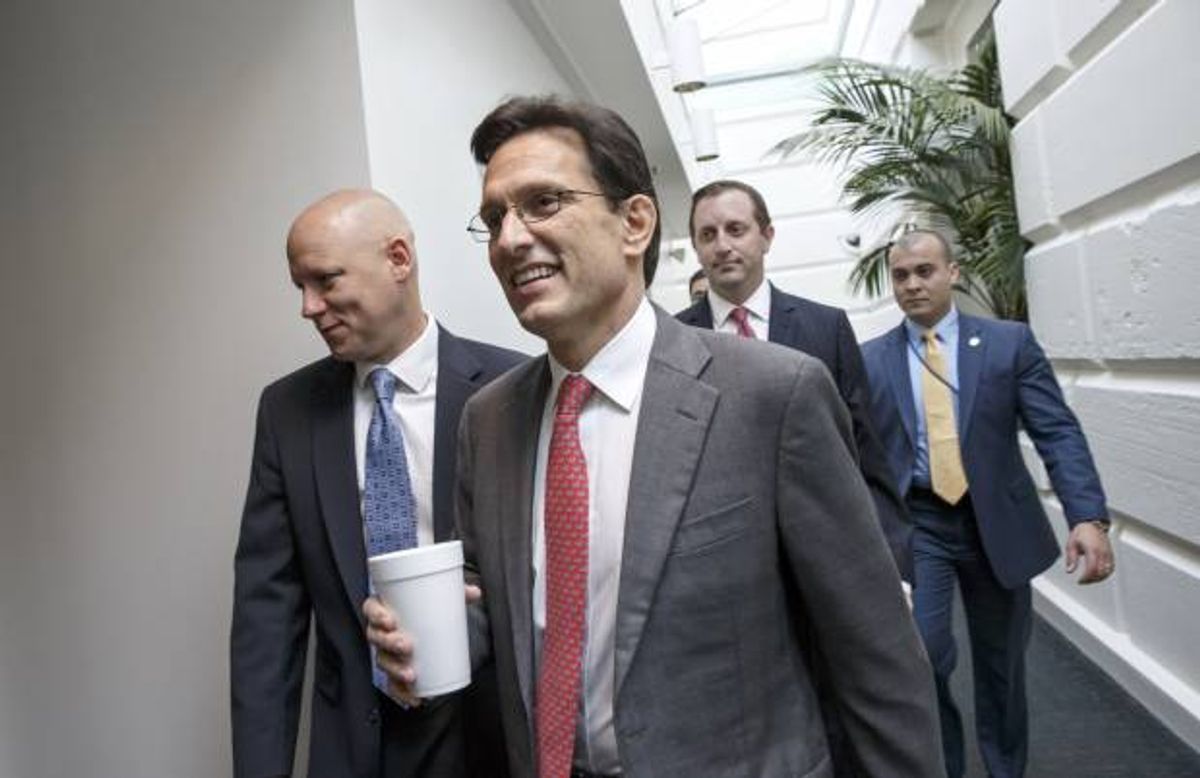 Less than a month after he officially left Congress and called an end to a political career that once had him seemingly destined to become the first Jewish speaker of the House in U.S. history, former House Majority Leader Eric Cantor has landed on his feet. On Tuesday, investment bank Moelis & Co announced that Cantor would be joining its board and management team, giving the longtime free-market champion the chance to put theory into practice as Moelis' vice chairman and managing director.

"Eric has proven himself to be a pro-business advocate and one who will enhance our boardroom discussions with CEOs and senior management as we help them navigate their most important strategic decisions," Moelis CEO Ken Moelis said in a statement, Reuters reports. During his time in the House, Cantor developed a reputation for aligning with corporate and small business interests. At times, Cantor's support for the GOP's business wing led him to oppose the GOP's Tea Party base, like on the Export-Import Bank question and TARP.

A strained relationship with the Tea Party — as well as Virginia's open primary system — no doubt contributed to Cantor's shocking defeat to economics professor David Brat in the congressional primary earlier this summer. Brat's victory, which is still remembered more as Cantor's defeat, was one of the most shocking political events in recent memory, and has been subject to multiple interpretations. One criticism of Cantor shared by both the right and the left, however, was that the donor-friendly congressman was too cozy with corporate lobbyists, Wall Street bankers and other members of the so-called 1 percent.