It's OK to acknowledge that life is finite 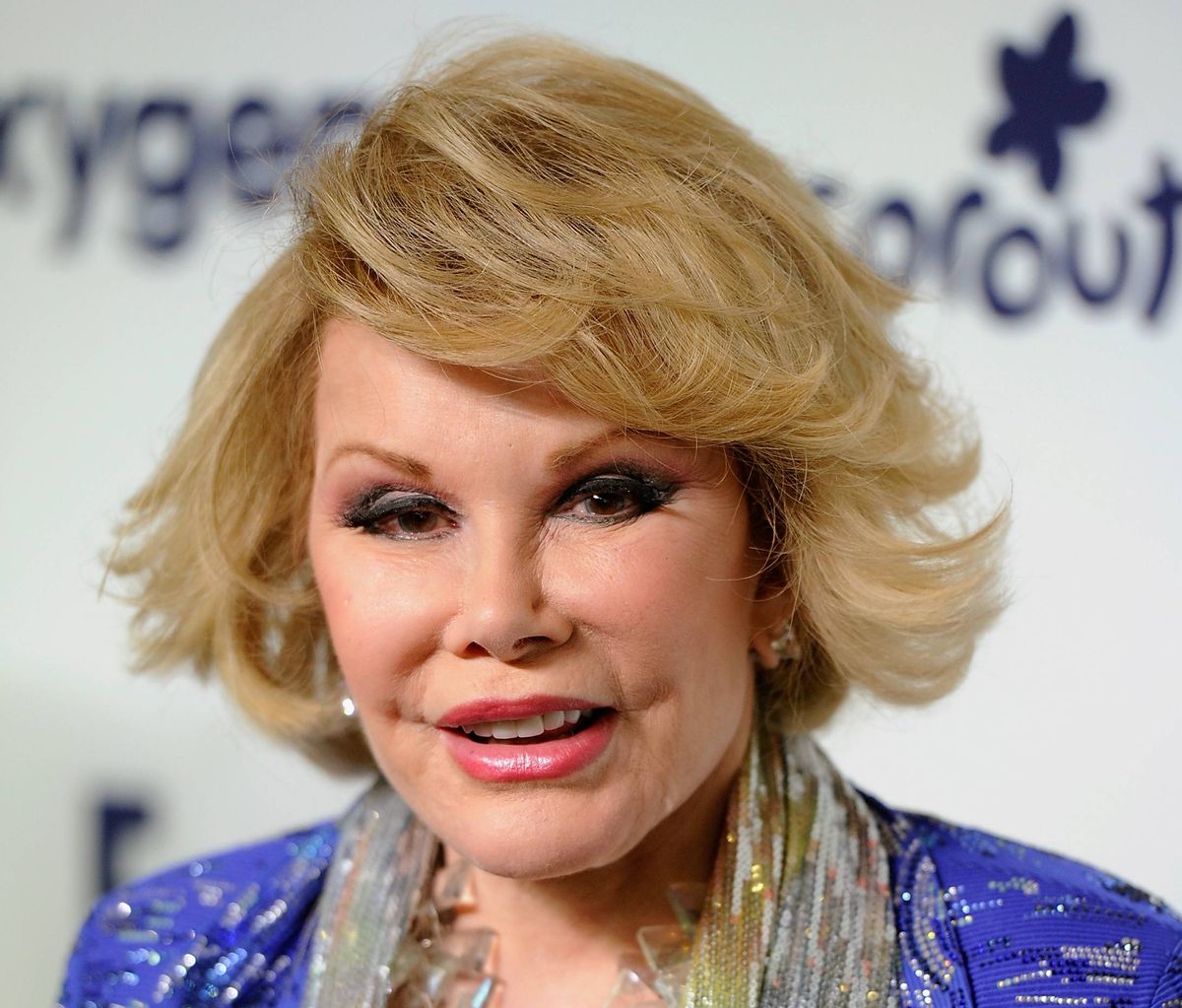 It is with sadness that I must announce today that despite encouraging rumors Tuesday that Joan Rivers is "on the road to recovery" and "getting better," she is still going to die. I sincerely hope it's not in the near future, but it is going to happen. It's going to happen to Bill Clinton too. And Oprah Winfrey. And you. And me. That's the way being a living creature on the earth works.

The 81-year-old comic and "Fashion Police" host has been hospitalized in New York since last week, after she stopped breathing during a throat procedure. She was reportedly put into a medically induced coma, and had recently been, according to sources close to the family, being slowly brought out of it. Over the weekend, her daughter Melissa Rivers issued a statement saying only that Rivers' condition was "serious" and that "She is resting comfortably and is with our family. We ask that you continue to keep her in your thoughts and prayers." And on Tuesday, she added that "We are extremely grateful for all the love and support we've received. At this time, she does remain on life support."

The outpouring of love and support for Rivers – from both celebrities and fans -- has been huge. Rihanna has asked her followers to "Please keep Joan Rivers in your prayers" and Suze Orman tweeted, "We are all praying for you @Joan_Rivers. If anyone can do this you can. You have done what most could never do so don't stop now." Julie Klausner, meanwhile, asked, "Please God, get Joan Rivers writing her 'brush with death' material. This is the longest break she's taken & she needs to get back to work," while Seth Rogen tweeted, "I really need Joan Rivers to be ok." Jeffrey Ross has said, "Get well mama. We need you." So have Tom Arnold and Cat Cora. Rivers' "Fashion Police" co-host George Kotsiopoulos issued a similar plea, stating, "I think that is important right now if we collectively we all just pray for Joan to be well and back and laughing with us very soon. Melissa and Cooper need you. We all need you. The world needs you." But NO PRESSURE.

Anyone familiar with Rivers' tireless work ethic – adroitly chronicled in the 2010 documentary "Joan Rivers: A Piece of Work" -- would know that Rivers herself would probably appreciate all the motivation. Rivers would never be one to go quietly into the light. Less than two weeks ago, Rivers did the Ice Bucket Challenge -- three times in a row. The day before she was hospitalized, she appeared at an event to promote her newest book, and had been scheduled to start a U.K. comedy tour in October. But whatever the outcome of her current medical crisis, the fact remains that at some point in the future Joan Rivers will cease to inhabit this plane of existence. And it doesn't really matter who here on earth "needs" her or how fervently anybody prays about it; mortality still happens. It happens to everybody.

When Nelson Mandela died last December at age 95, the tributes that flowed about his achievements were deserved. When Mickey Rooney died in April at 93 and Maya Angelou died in May at 86, the collective sadness at their passings was real and understandable. The surprise, however, should not have been. And the inevitable deluge of shocked posts on social media when an older or seriously ailing public figure dies are evidence not of grief, but of denial.

Last week, I spent several days away with my family, including my mother-in-law – who is the same age as Joan Rivers. Like her own mother, who lived well into her 90s, my mother-in-law is a healthy, independent person, and I have every confidence she will stay that way for a long time. But as we went for walks and played miniature golf together, we talked, realistically and openly, about the future. She said she hopes she is there when my older daughter, who starts high school this week, graduates from it. She expressed the doubt she will be around to witness when my younger daughter does. She talked about her medical options and about how her recent round of home repairs will be her last. As she spoke, I didn't stop her and say, "Oh no, don't talk like that." I want her around for a long time. I also accept that time is not infinite, and I don't ever want anybody to feel like they don't have my permission regarding or comprehension of that. I think it would be a very lonely thing to reach old age and feel like nobody wants to hear you talk about how you're facing the time you have left.

When Stephen Colbert's mother, Lorna, died last year, he remembered her on his show by saying eloquently, "It may sound greedy to want more days with a person who lived so long, but the fact that my mother was 92 does not diminish; it only magnifies the enormity of the room whose door has quietly shut." When my aunt who co-raised me died just shy of her 88th birthday, I felt the same way. But she showed me, in her final weeks, what a gift it is to have a long life, surrounded by people who love and respect you and wish you could stay around longer. She showed me how to let go, because it's what we're all meant to do, and how to do it with grace and dignity. Sometimes it occurs to me that Betty White and Bob Newhart and Jane Goodall and Harper Lee and Jimmy Carter and my mother-in-law and Joan Rivers and I are not going to live forever and it completely ticks me off. But life is not a lesson in permanence. It's a brief adventure. And it's not anybody's job to stay alive because of our desire to keep them around.